Wondering why Republicans are "so down on America" at an event on Friday, President Obama compared the GOP to the internet's most ubiquitous sad face, the one and only Grumpy Cat — whom Obama then mimicked. "Everything is terrible, according to them," he added. Speaking to supporters at the DNC Women's Leadership Forum, Obama made a series of criticisms regarding the Republican Party's antics, and insisted he was proud of the current Democratic candidates for president and how their first debate showed they had optimism about America's future and provided a stark contrast with their GOP counterparts. "You've gotta feel bad for the fact-checkers for the Republicans," Obama noted, "cause they've got to spend hours trying to keep up with some of the crazy stuff that their candidates are claiming." 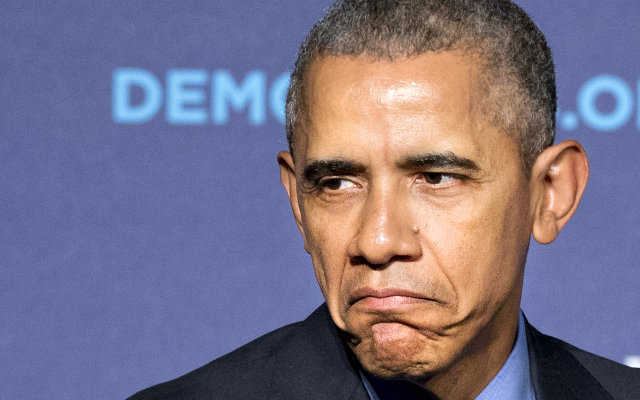 "If you went to 100 doctors and 99 of them said you are really sick &mdash; you've got, let's say, high cholesterol. What would you do? Would you say those 99 doctors are crazy and part of a wild-eyed socialist plot to prevent you from eating cheese?" President Obama

Grumpy Cat, likely pleased to be in the news again, was quick to respond to Obama's comparison:

For their part, the GOP issued this tweet on Saturday morning:

More from NY Magazine:
Why Sex That's Consensual Can Still Be Bad. And Why We're Not Talking About It.
Is Naomi Klein Right That We Must Choose Between Capitalism and the Climate?
A Victoria's Secret Model on Drinking Warm Water
Tags
Read Full Story