The NBA season is almost upon us. And in the meantime, we have been pleased to bring you our 2015-16 team previews and power rankings. Last up, at No. 9, were the Atlanta Hawks, coming off a 60-win season in which they powered through the sludge of the Eastern Conference.

Today, we present the team nobody that always finds themselves in the thick of things, yet the one that nobody seems to talk about. 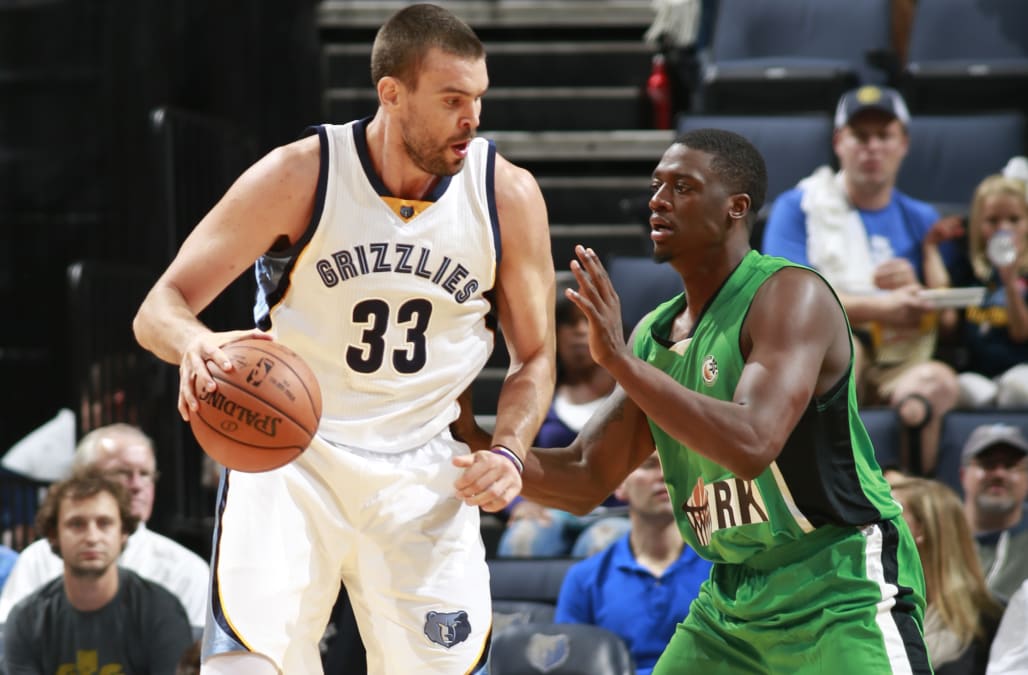 In the brutally tough Western Conference in 2014-15, the Memphis Grizzlies finished just a game back of the Houston Rockets for the conference's second-best record behind the eventual champion Golden State Warriors.

This year, they return much of their core that has driven them to the playoffs in each of the last five seasons. Back is Marc Gasol, who re-signed on a five-year max contract. Also returning is Mike Conley, fully healthy after getting knocked around during last year's playoffs. Zach Randolph is also set to return for his 15th NBA season -- those three combined for 49.3 of the team's 98.3 points per game in 2014-15.

They added two ancillary pieces in Matt Barnes and Brandan Wright -- but both are pieces that fit the team's identity to a T. The same can be said about Jarell Martin, Memphis' No. 1 pick in this past draft.

The question with Memphis, while constructed this way, will always be if they have enough offensive firepower to truly contend with the big dogs of the West. The team added Jeff Green midway through last year, but inconsistency has plagued him though his entire career. Courtney Lee filled a role nicely as the team's fourth-or-fifth option on offense, but that's about his ceiling on that end. Vince Carter, at 38, is merely a three-point specialist.

The team's strengths are clear: They ranked third in defensive efficiency a year ago, and have been top-10 in each of the last five seasons. They'll get stable point guard play and have two versatile bigs to handle most of their scoring -- including the game's best center in Gasol. But as the league shifts favor smaller lineup compositions across the board, Memphis is one of the only teams left that feature two traditional bigs full-time.

Good coaching, great talent and depth that fits the system has kept them in contention in the West for years. They'll almost certainly be in the mix again this year, but soon it will be time to wonder how much longer this team can sustain success in the modern NBA.