In the weeks leading up to the NBA's regular season, AOL Sports has been unveiling our daily team previews and power rankings. Most recently, we gave Dirk Nowitzki the benefit of the doubt and slotted the depleted Dallas Mavericks in at No. 17 -- missing out on a playoff berth in the West.

Today, we enter postseason territory in the East. 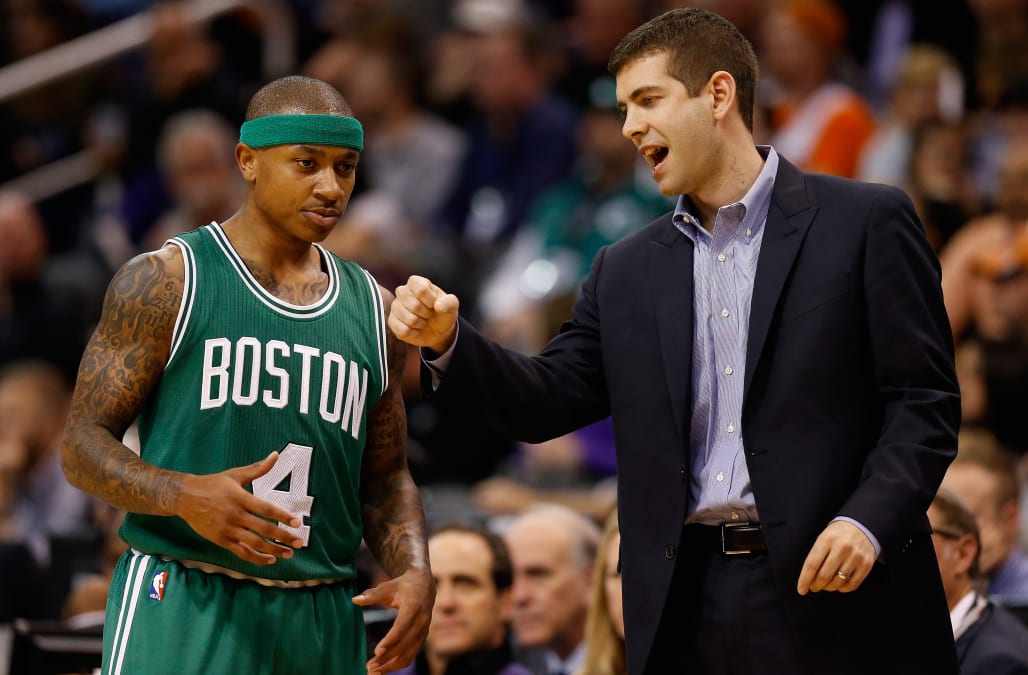 In a season that wasn't expected to bear much more than a lottery pick, Brad Stevens banded a Boston Celtics team filled with inexperience and role players and locked up a playoff seed in the East.

That's not to say the Eastern Conference presented a ton of intimidating competition, but reaching the postseason in what was deemed to be the early stage of a rebuild is commendable. More tangibly, Stevens displayed some moments of sheer genius on the bench, making the very most out of his limited assets in the lineup.

Boston is returning most of last year's team, plus a few additions -- the roster is currently at 20, making for a preseason filled with position battles.

The issue with Boston's roster -- if you could call it an issue during a rebuild -- is the overabundance of sixth, seventh and eight men with no clear focal point to feature. Nearly every player on the eventual 15-man roster will have the clear ability to play in an NBA rotation on a regular basis, but few have the ability to shoulder the load for extended periods of time.

Isaiah Thomas comes the closest to earning this label, but the 26-year-old didn't start a single game for Boston after coming over via trade in February. Who emerges as the starting guards out of Thomas, Marcus Smart and Avery Bradley remains to be seen, but Thomas has thrived in his bench role before.

Evan Turner turned in a surprisingly productive year in 2014-15, averaging better than nine points, five boards and five assists for the first time in his career -- but the 26-year-old is a 42.7 percent shooter for his career. Jae Crowder figures to be a valuable defensive piece off the bench, but made just 48 of his 170 three-point attempts with the Celtics in 2015.

David Lee has come over from the Golden State Warriors, and will undoubtedly take on a prominent scoring role at the 4 spot -- but his defensive woes are so damning that the Warriors were 10.5 points per 100 possessions worse with him on the floor last season. Amir Johnson is another worthwhile addition at the center position, but his ceiling has been that of a role player throughout his 10-year career.

Jared Sullinger, Kelly Olynyk and Tyler Zeller are all valuable pieces in the frontcourt, but how Brad Stevens balances the rotation will likely limit them all in some regard.

There's no lack of talented players across the roster, as Danny Ainge has succeeded in asset acquisition beyond his wildest dreams. But until a handful of these assets are cashed in for a prized piece to headline the Cs' attack, Boston will likely top out as a first-round postseason knockout.