We're getting close to playoff territory in our NBA team preview package and power rankings. Yesterday, we discussed the Indiana Pacers' new strategy at No. 18.

Next up is a team in distress, with an aging star that deserves much better than this. 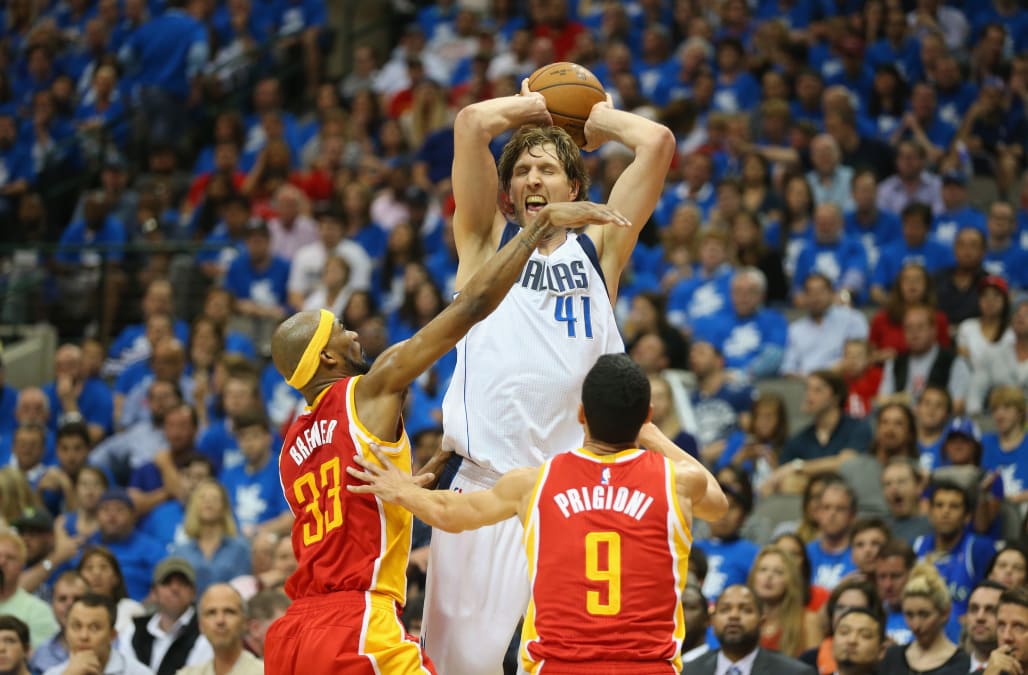 We might even be giving Dirk Nowitzki the benefit of the doubt here, because after this offseason, the Dallas Mavericks are really is a tough spot.

Gone are Rajon Rondo, Monta Ellis, Tyson Chandler and Al-Farouq Aminu. DeAndre Jordan chose to become a Mav in free agency -- before he reneged and was lured back to the Clips.

Jordan backing out of Dallas deal left the Mavericks hurting both emotionally and tangibly on the roster. Wesley Matthews joined on at a large price tag, but his skill set is one that's best accompanied by a talented surrounding cast -- not as a primary catalyst.

Along with a 37-year-old Dirk in the starting five, Dallas will be running out Deron Williams (coming off a number of depressing seasons in Brooklyn), Chandler Parsons (coming off knee surgery), Zaza Pachulia and possibly Matthews -- if his recovery from a torn Achilles allows.

Realistically, if Dirk can maintain the level of play he showed last season, Parsons recovers, Williams comes even close to resembling his Utah self and JaVale McGee can finally translate his potential into extended results, Dallas will be a factor toward the bottom of the West's playoff picture.

But that's an awful lot of variables to rely on -- particularly in the brutally tough Western Conference. We're pulling for Dirk, though.