NBA season is coming sooner than you think -- and to help pass the time, AOL Sports is rolling out team previews and power rankings. Last up was the Charlotte Hornets at No. 19.

Next, we have a team that was on the verge of a conference championship, but was forced into a swift reboot that may not be swift enough for 2016 contention. 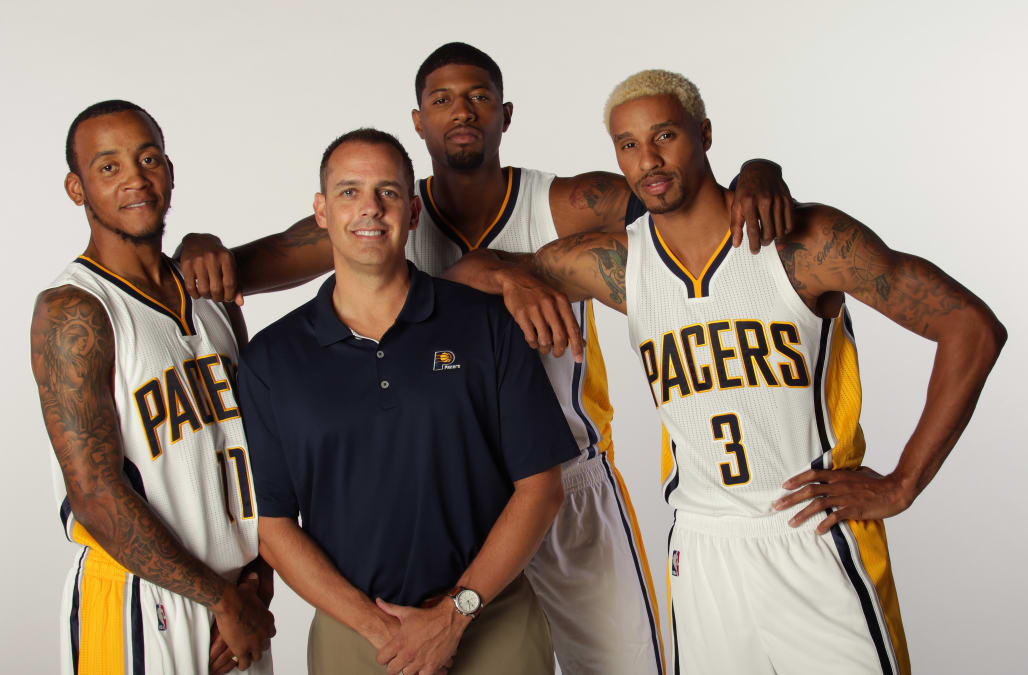 Just two seasons ago, the Indiana Pacers were appearing in their second consecutive Eastern Conference Finals against the Miami Heat. Deploying a methodology of basketball that the game was swiftly moving away from -- slowed pace, two traditional big men prowling the paint -- Frank Vogel's Pacers played your dad's favorite brand of basketball. And it was almost good enough.

But after it repeatedly backfiring, and Vogel needing to make severe adjustments against Indiana's strongest competition, management finally decided to blow the whole thing up. Gone are Roy Hibbert and David West -- the aforementioned two traditional big men -- as the Pacers are going with a smaller, more versatile look.

In Hibbert's place will be Jordan Hill, undersized but a grinder, and Ian Mahinmi, Indy's backup over recent years who isn't anything special on either end but presents great size. First-round pick Myles Turner was the talk of the NBA during Summer League, but how he's able to compete against NBA-level big men remains to be seen.

Monta Ellis was brought over from the Dallas Mavericks to help infuse some scoring into the lineup, and George Hill remains a steady, if not flashy, starter at the point. But the real intrigue comes in Paul George, the budding star who missed almost all of last season after gruesomely breaking his leg during a Team USA event in the summer of 2014.

Indy's plan is to play George at the power forward for spurts -- a move George isn't entirely on board with, but certainly one the league is trending toward. George has the quickness and length to match up with 4s, but his lankiness poses issues defensively -- where he's established a reputation as one of the best players in the league.

Offensively, George's shooting would help open the floor for Ellis and Hill to operate -- but there is a concern as to whether Ellis, a ball-dominant guard, will mesh with George on that end. This was a question in Dallas with Ellis and Rajon Rondo, and the experiment failed, with both players going separate ways this summer.

There is an interesting combination of talent as Indy moves toward a new era, but without much depth, it's hard to imagine things clicking right off the bat -- if at all. If George returns to 2013-14 form in the early going of the season, though, the Pacers will have a puncher's chance.