Today in History: The Nixon-Kennedy Debates 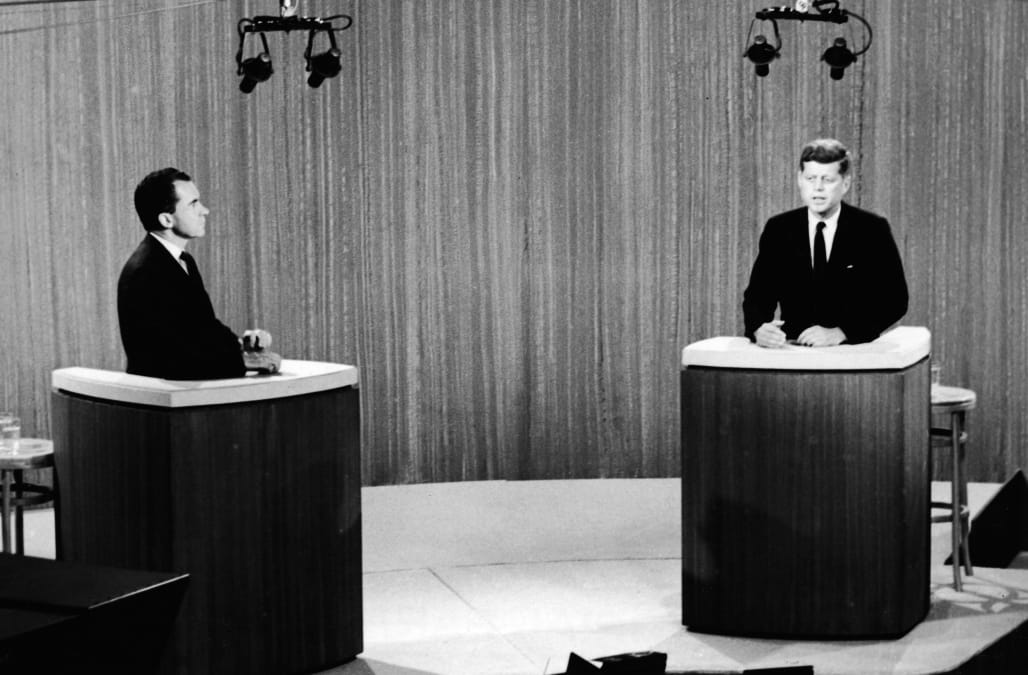 60 years ago on Sept. 26, John F. Kennedy and Richard Nixon faced off in the first-ever live televised presidential debate. The debate came at a critical time in America's history. The era of print and radio was beginning to dwindle as television's star was rising.

There's little chance Kennedy would have won the election had it not been for these debates. The moment truly showed the power of television. When the two candidates took the podium, Nixon, just coming from a hospitalization appeared pale and sickly. Kennedy, on the other hand, looked tan and confident.

"It's one of those unusual points on the timeline of history where you can say things changed very dramatically — in this case, in a single night," wrote Alan Schroeder, a media historian, in his book "Presidential Debates: Forty Years of High-Risk TV."

Those who listened to the debate via radio thought Nixon had won. However, to those who watched the debate on television, Kennedy was victorious. Televisions were more prominent than radios by that point and Broadcast Magazine estimated that as many as 74 million people tuned in that night to watch the first debate.

Although Nixon performed much better in later debates and looked healthier, thanks to a milkshake diet his aides put him on to plump him up, it still wasn't enough. Kennedy won the election at the first debate. Americans came out in record numbers the next month and cast their votes for President of the United States and the country was forever changed.

Television plus politics turned out to be a great idea. Check out images from this iconic debate below: