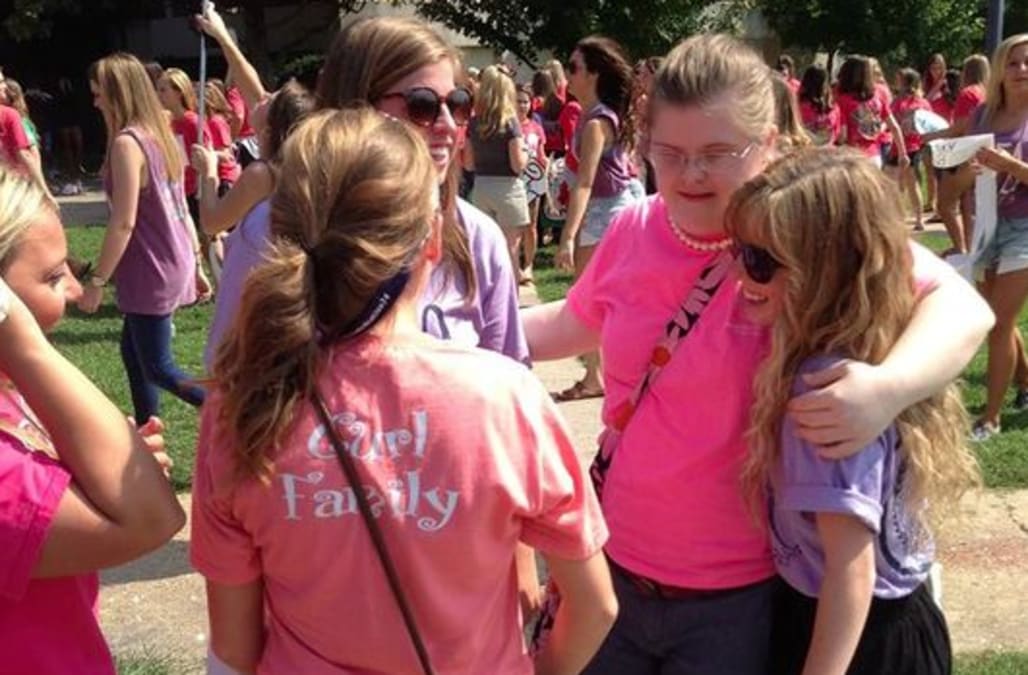 While sororities and fraternities sometimes get a bad reputation, it's refreshing to hear a positive Greek life story coming out of Murray State University in Kentucky.

Alexis Cain is the first ever student with Down syndrome to join at sorority at MSU. Cain is part of a new program at the university called the College to Career Experience, which helps students get a college degree without a regular high school diploma.

Cain is now a member of Alpha Sigma Alpha...and a proud one at that!

Watch the video of Alexis accepting her bid here:

While Cain's mother, Camme, said she was originally apprehensive about her daughter going through sorority recruitment, she's ultimately thrilled with Alexis's decision.


"These are a bunch of good, accepting girls, that would bring her into something like a sorority and just wholeheartedly accept her and support her right off the bat." Camme Cain, The Courier-Journal

"They weren't afraid of the unknown and the stigma that comes with having a disability."

Posted by The Courier-Journal | courier-journal.com on Monday, August 31, 2015

Cain hopes her daughter's story reminds readers that people "with intellectual disabilities aren't so different from 'normal people,'" as her daughter has made lifelong sisters in the Alpha Sigma Alpha sorority.

Must watch! This high schooler took his friend with Down syndrome to prom after promise they made in 4th grade:

More from AOL.com:
'Infinity Village' gives the homeless a place to call their own
Transgender teens share emotional hopes and dreams for future selves
Why this Wonder Woman lunchbox was banned from school
Read Full Story