National Women's Equality Day — a time to honor and inspire

On August 26, we remember all the women suffragists, who fought relentlessly to give us this right that is sometimes taken for granted.

While the vast majority of women in the U.S. have been born into a nation where voting rights came automatically on your 18th birthday, this wasn't always the case. On today's date, we remember all of the women suffragists, who fought relentlessly to give us this right that is sometimes taken for granted.

Here are some of the many notable moments in women's equality history:

National Women's Equality Day — a time to honor and inspire
Declaration of Sentiments, 1848. First Convention Ever Called to Discuss the Civil and Political Rights of Women, Seneca Falls, New York, July 19, 20, 1848. This pamphlet reprints the Call, first published July 14, 1848 in the Seneca County Courier, the declaration of rights, resolutions, and excerpts from Elizabeth Cady Stanton's speeches, July 19 and July 20, 1848. (Photo by Universal History Archive/UIG via Getty Images)
French physicist Marie Curie (1867-1934) physics Nobel prize in 1903, chemistry Nobel Prize in 1911. (Photo by Apic/Getty Images)
Edith Wharton c. 1905. American novelist. (Photo by Culture Club/Getty Images)
Fire hoses spray water on the upper floors of the Asch Building (housing the Triangle Shirtwaist Company) on Washington and Greene Streets, during the fire in New York City, March 25, 1911. (Photo by Keystone/Getty Images)
A group of women and children marching with U.S. flags and banners for the right of women to vote, New York City. (Photo by Hulton Archive/Getty Images)
Rosa Louise McCauley Parks (1913-2005), American Civil Rights activist. Booking photo taken at the time of her arrest for refusing to give up her seat on a Montgomery, Alabama, bus to a white passenger on 1 December 1955. (Photo by Universal History Archive/Getty Images)
Astronaut Sally Ride, the first American woman in space, inside the space shuttle 'Challenger,' c. 1983. (Photo by Frederic Lewis/Getty Images)
Janet Guthrie became the first woman to pass the rigorous rookie driving test at Indianapolis Motor Speedway for the Indy 500, then the first woman to make the 33-car field. (Photo by ISC Archives via Getty Images)
Capt. Kristen Griest, left, and 1st Lt. Shayne Haver talk after Ranger School graduation at Victory Pond on Aug. 21, 2015 in Columbus, Ga. The two women are the first female soldiers to earn and wear the Ranger tab. (Robin Trimarchi/Columbus Ledger-Enquirer/TNS via Getty Images)
Up Next

The 19th amendment was officially introduced in 1878 by women across the nation, who believed they, too deserved the right to vote. Susan B. Anthony and Elizabeth Cady Stanton led the fight, under the National American Woman Suffrage Association (NAWSA).

When the Supreme Court ruled against them in 1890, the suffragists knew they had to take on a more militant approach; Alice Walker formed the National Woman's Party in 1916. This group picketed the White House, and over 200 suffragists were arrested. These women went on hunger strike in prison, and had to be force fed to stay alive. 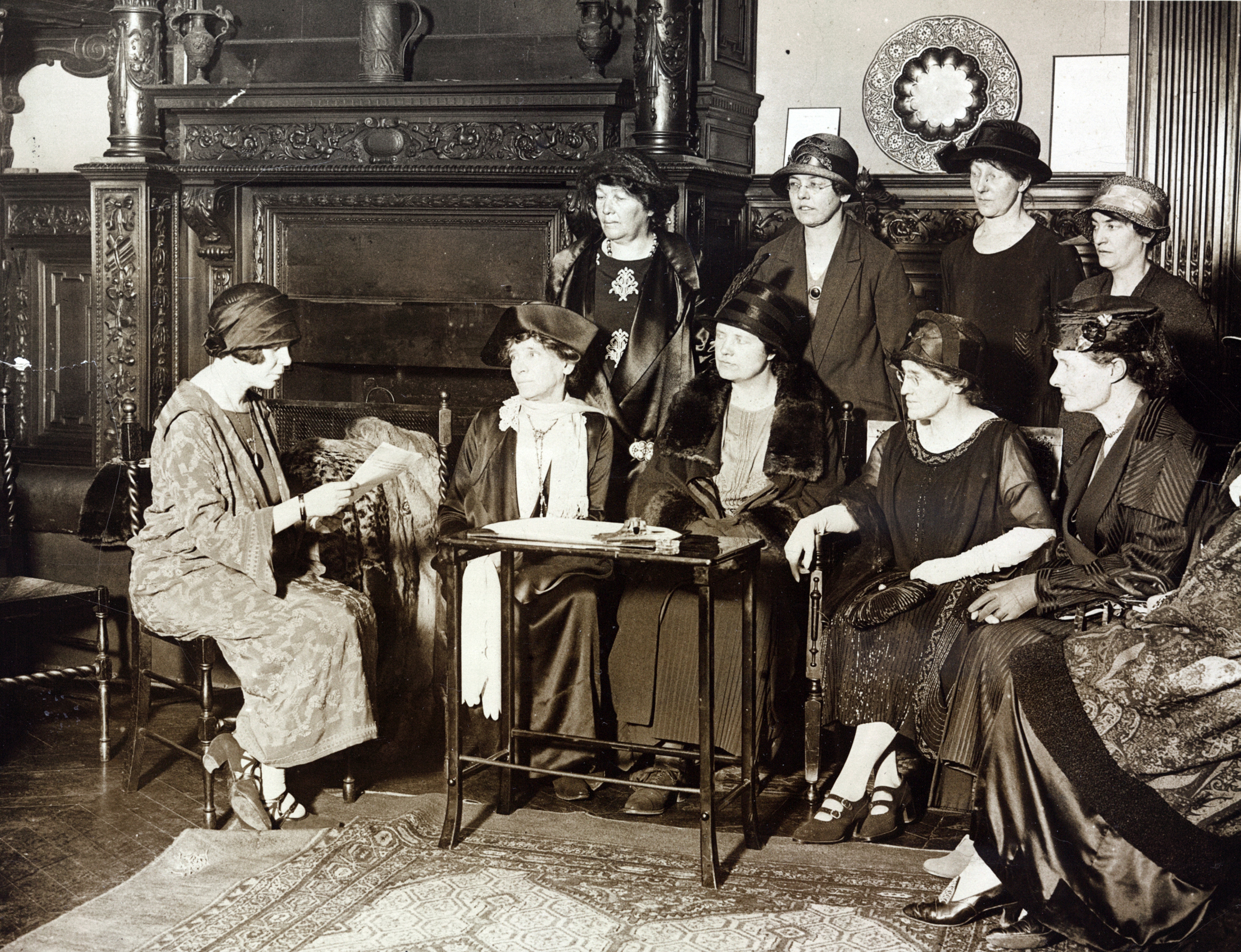 The act was finally passed in Congress in 1920 after much commotion and action, giving women nationwide the right to vote. Fifty-one years later in 1971, August 26 was first recognized as National Women's Equality Day.

On Wednesday, we look back on all that women have gone through to make today possible and thank them. While women have jumped through hurdles to make equality a national issue, there is a long way to go with regard to gender parody.

The chart below demonstrates the gender pay gap in the U.S:
Median Weekly Earnings by Gender | FindTheBest