The heroin epidemic: Family shares tragic story of their loss

Heroin use in the United States is reaching epidemic levels, increasing a staggering 63% in just 11 years. With the skyrocketing usage, comes a dramatic rise in heroin-related deaths — overdoses nearly quadrupled between 2002 and 2013. David McCarthy's story reveals the harsh realities of the heroin epidemic facing America today.

His death was unexpected. He was clean after years of battling addiction, and his parents said he was moving forward. "He finally seemed like a man," said his mother Anne Ireland, "So alert, so in the world." His father Kevin McCarthy added that he thought David was finally passed his "shaky point" and headed in the right direction.

To his friends, his addiction was somewhat surprising as well. Longtime childhood friend Jonathan Palman said David was a very smart person, and "he didn't fit the stereotype of what a drug addict would be." Described as both funny and warm by his mother, she agreed that David "wasn't a picture of any hard drug use."

But regardless of what a 'typical' drug-addict 'looks like', the rise in heroin use has occurred in nearly every demographic group. According to a CDC report, among non-Hispanic white people like David, heroin use has nearly doubled since 2002.

David was home in Maine for a short visit, and was planning to spend the winter at his family's ski home. One evening, he and his father Kevin spent the evening watching football together, before David went up to his room for the night. The following morning, Kevin went off to work for the day, not knowing of the tragedy that occurred in his own house.

"Heroin is just the end of the road, and very few people can turn around from it" Anne Ireland, David McCarthy's mother

When Kevin returned from work that evening, he heard a noise coming from upstairs. It was Kima -- David's black labrador retriever -- whining and scratching at David's door. Kevin opened the door to find his son cold on his bed, beside a needle and a spoon covered in a crystalline substance.

David's death devastated his family, and tragedy continued to pour in for the McCarthys.

The day following their son's death, the family was dealt another shocking blow. According to The Washington Post, David's stepbrother Michael said to a friend: "Wouldn't it just be easier to die young and not have to see your loved ones die?" Michael overdosed the next night, and was found by his mother Nancy.

Michael was rushed to the hospital by ambulance, and spent the day in the intensive care unit. While the McCarthy family made David's funeral arrangements, they awaited the news from Michael's doctors. Luckily, he survived, and agreed to go to rehab to overcome his addiction. The Washington Post reports that Michael's recovery has been successful -- so far.

Nonetheless, the McCarthy family was left to grieve the loss of 29-year-old David. "I think how short his life was, and how long my life is, and I'm only sorry that he misses out," his mother Anne said.

David's parents didn't want to hide anything. Instead, his obituary read honestly: "David Paul McCarthy, 29, died of a drug overdose on Oct.17, losing a long-fought battle with addiction, a challenge faced by many families today."

The family established the David McCarthy Memorial Fund to honor the memory of their son. 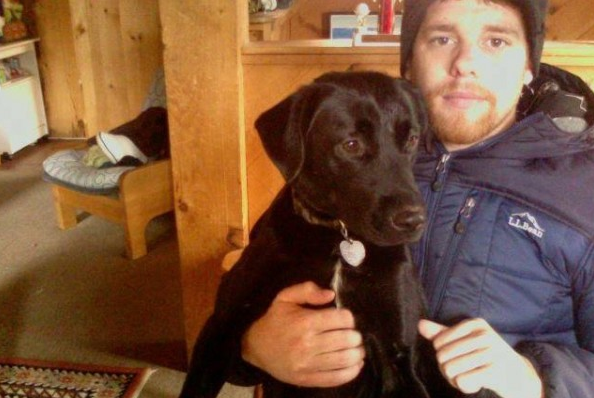 More from AOL.com:
Injuries caused by fireworks is more common than you think
Emotional reunion for burglary suspect when he realizes he went to middle school with the judge
Bobby Brown feels 'completely numb' after death of daughter
Read Full Story