After an outrageously unhealthy fourth of July weekend in Cape Cod, I felt the need to "cleanse."

So much so that I did something in drastic contradiction to my ordinarily frugal budgeting philosophy: Monday afternoon, I handed over my credit card information in return for $147 worth of cold pressed juice.

Rather impulsively, I had committed to Liquiteria's "Level 2: Restore and Re-energize" juice cleanse, which meant subsisting on 760 calories of pressed fruits and vegetables for three straight days.

The way juicing works is straightforward: Find a local juice bar that offers cleanses, choose the length and type of cleanse (one-day and three-day are the most popular, and there are different levels of cleanses depending on your experience), pick up the order, and replace each of your meals with juice. Typically, cleanses consist of six bottles per day, with varied flavors.

I opted out of Liquiteria's "level 1" cleanse for beginners, and went straight for the experienced track. I am far from experienced, and this decision would come back to bite me.

I picked up my goodies later that night. Here's exactly what my $147 went towards: 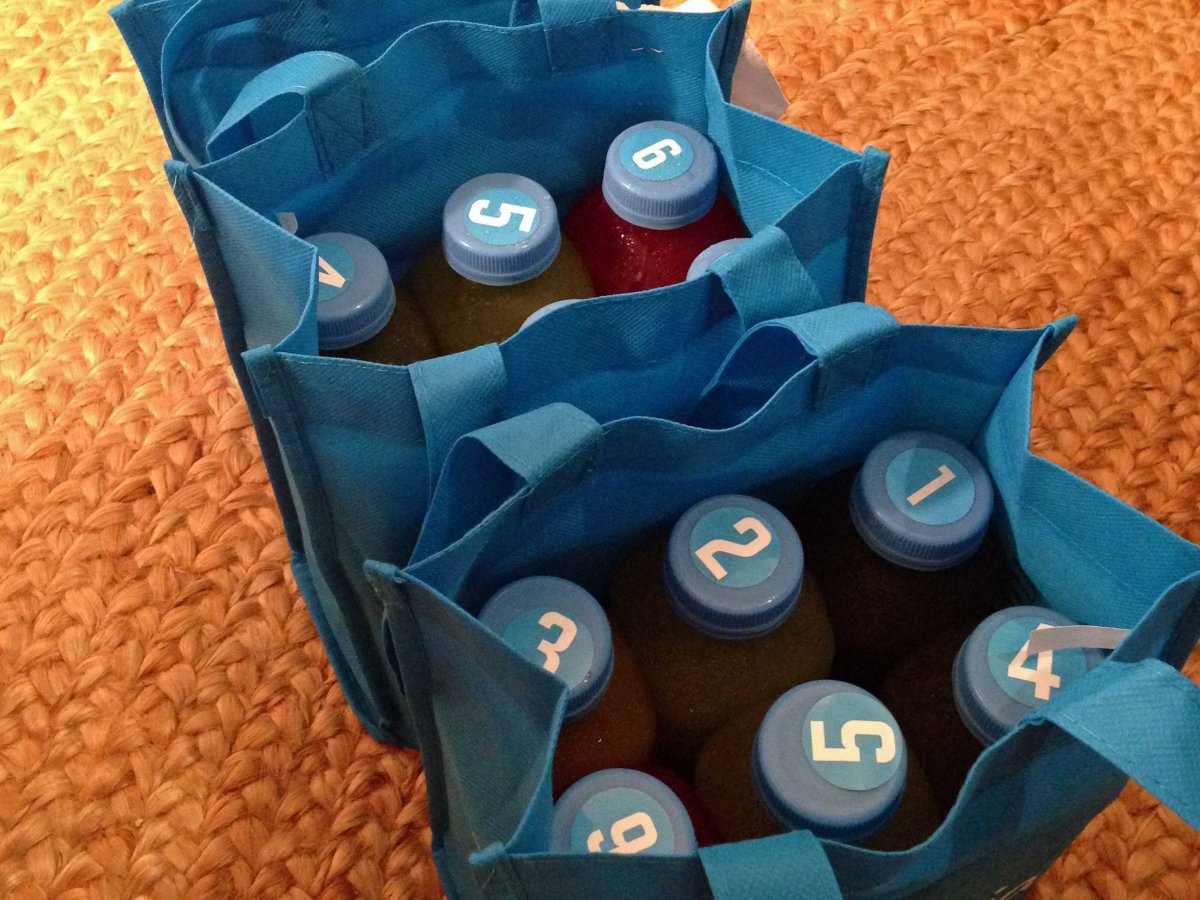 The bags of juice didn't come with any instructions beyond the numbers labeled on the top of the bottles, but Liquiteria's website offered advice for people mid-cleanse, such as engaging in light exercise, sweating in a sauna, and drinking your body weight in ounces of water.

Since there didn't seem to be any strict guidelines, I settled on two rules for myself: No morning coffee for the next three days, and one bottle of juice every two and a half hours (spaced out from 8:30 a.m. to 9 p.m.).

My self-imposed rules lasted until 5 p.m. on day 1.

While I woke up in high spirits to start the cleanse, morale faded as I physically faded. I was four juices deep when I started to get the shakes and feel light-headed, forcing me to eat a granola bar and a banana in order to make it through the rest of the work day.

Day 1's failure forced me to reevaluate my cleanse and what I hoped to get out of it. I instated two amendments to my rules in order to improve the overall experience: one morning coffee and one afternoon banana would be permitted, and I would drink sporadically — as I became hungry — rather than following a calculated schedule.

I also extended my three-day cleanse to four days. It was difficult consuming so much liquid throughout the week and I ended up with enough extra juice to do so (I also felt guilty for day 1's granola bar slip-up).

While I didn't adhere to the strict, no-coffee and no-solids cleanse that I set out to do, I came to terms with my alterations. After all, the cleanse was for me, with the intention of making me feel healthier and more energized. 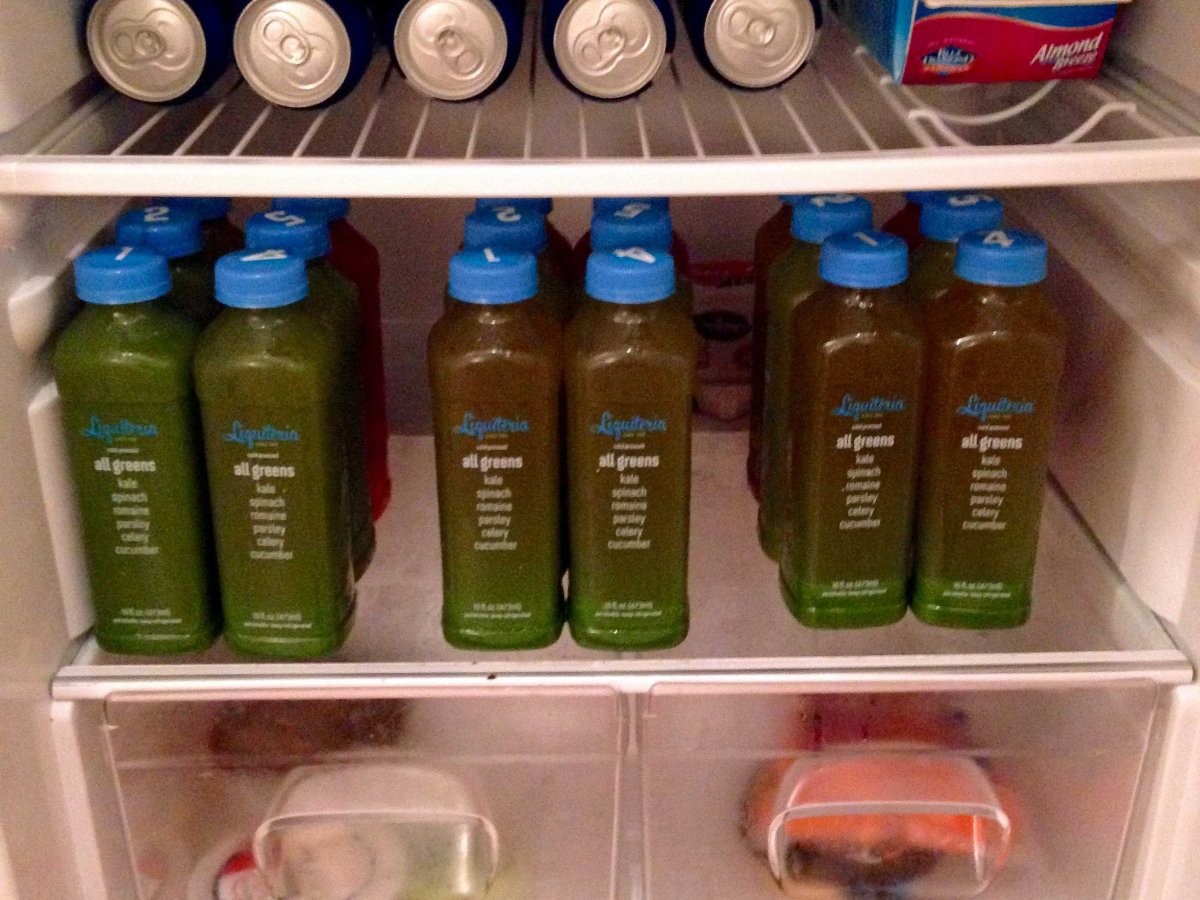 I survived the four days, but here's why I would never do it again:

1. The price. $147 is excessive for anyone, let alone a 22-year old journalist. Even if the juice cleanse is more affordable for me later on in life, I will never be able to justify spending that amount of money on 18 bottles of juice.

When I spend on food, I do it for the social aspect as much as I do for nutritional purposes. For me, eating means interacting with people and building relationships. I occasionally go over my weekly food budget (as I did this week), but it's often because I chose to dine out with the purpose of socializing, or to try new foods and restaurants.

Not only did I not get any glamorous or photo-worthy meals out of my $147, but I spent an excessive amount of money to sip in solitude.

2. The experience. Subsisting on roughly 760 calories of juice (with the occasional banana) per day did not feel healthy, normal, or natural.

Drinking large volumes of juice does a strange thing — it tricks your body into thinking you're full, even when you've consumed well under the recommended daily amount of calories. I rarely felt hungry. The few times I heard my stomach grumble, I took a few gulps of juice and my hunger was immediately alleviated. This seemed far from healthy.

The cleanse also messed with my daily routine. Because I was consuming so few calories, I felt too nervous to run like I normally would. I still walked the 3.2 mile round trip to and from work, but that was the only part of my day-to-day that was normal during the cleanse. 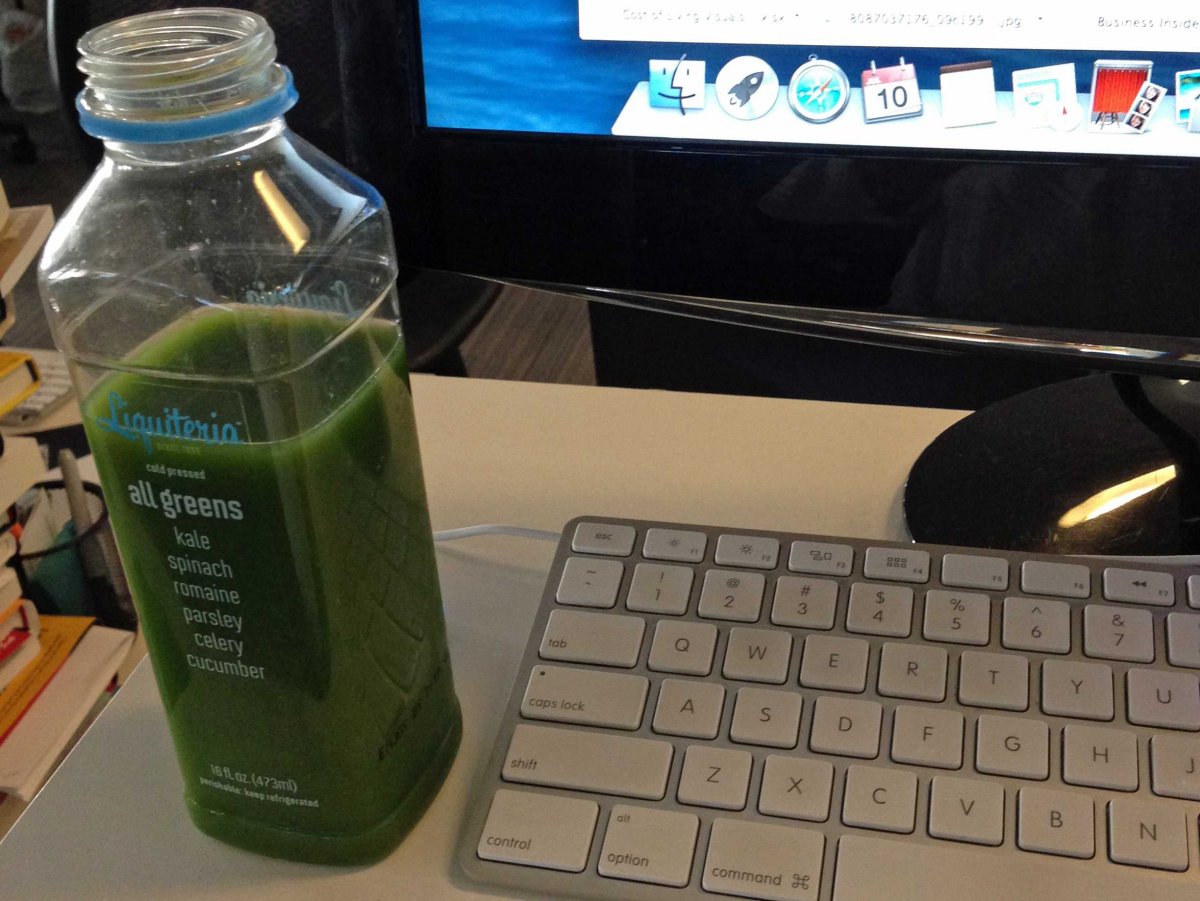 3. The flavor.The taste started out fine — I didn't love it or hate it — but as the week progressed, my indifference towards the flavor escalated to disgust.

Not only did I yearn to chew real food, but I couldn't shake the lingering, and repellent, veggie aftertaste. I ended up having to brainstorm creative strategies in order to force the juice down, such chewing on gum in between bottles and using a straw to make the experience more fun.

4. The lack of scientific evidence. There is very little research out there supporting the juice diet, and many nutritionists suggest that juice cleanses are actually dangerous.

What's more, apparently our body is very good at doing just what the juice cleanse aims to do. "Our body has a great detox system built in: our kidneys and liver," explained Lauren Blake, a registered dietitian with The Ohio State University Wexner Medical Center in a US News & World Report article.

5. The lack of purpose. My purpose didn't extend much beyond feeling an urge to cleanse. While my impulsive decision to make the purchase was mostly my fault, a part of it was the aura society has created around cleansing. I felt unhealthy after the weekend of the 4th, and my instinct was to do a juice cleanse. I automatically associated juice cleanse with "eliminating toxins" and "purifying my body," yet there is no science to back those claims.

Having convinced myself that I would never cleanse again, I started thinking about the appeal of the juice diet. Whyare they trending? And that might be the answer — they're trendy, a status symbol of sorts. I couldn't help but wonder if they would be less popular if they were cheaper.

NOW WATCH: 5 scientifically proven ways to make someone fall in love with you

Learn more about the ins and outs of juicing:

More from AOL.com:
The juice industry might be headed for a crash
23 of the most overrated and over-praised foods to ever exist
6 booze-infused specialty foods you need to try ASAP
Tags
Read Full Story