If you've ever wished there was a way to enjoy your favorite foreign food without actually having to travel somewhere to get it, here's your answer: Try The World.

A food subscription service that aims to help people "discover the world through food," Try The World is ideal for someone who doesn't have the time and/or the means to travel, but enjoys trying cuisine from all over.

The company was started by Kat Vorotova and David Foulta, who met in New York and were both passionate about food and traveling.

Vorotova and Foulta wanted to be able to recreate the culinary experiences they had abroad when they were back at home, so they came up with Try The World.

Here's how it works:

Subscribers sign up to receive a box full of 6-7 gourmet food items from a different country every two months.

The boxes are curated by well-known, expert chefs from that country, and come with a description of the food items, how to use them, and also a guide to traditions and recipes native to that country. 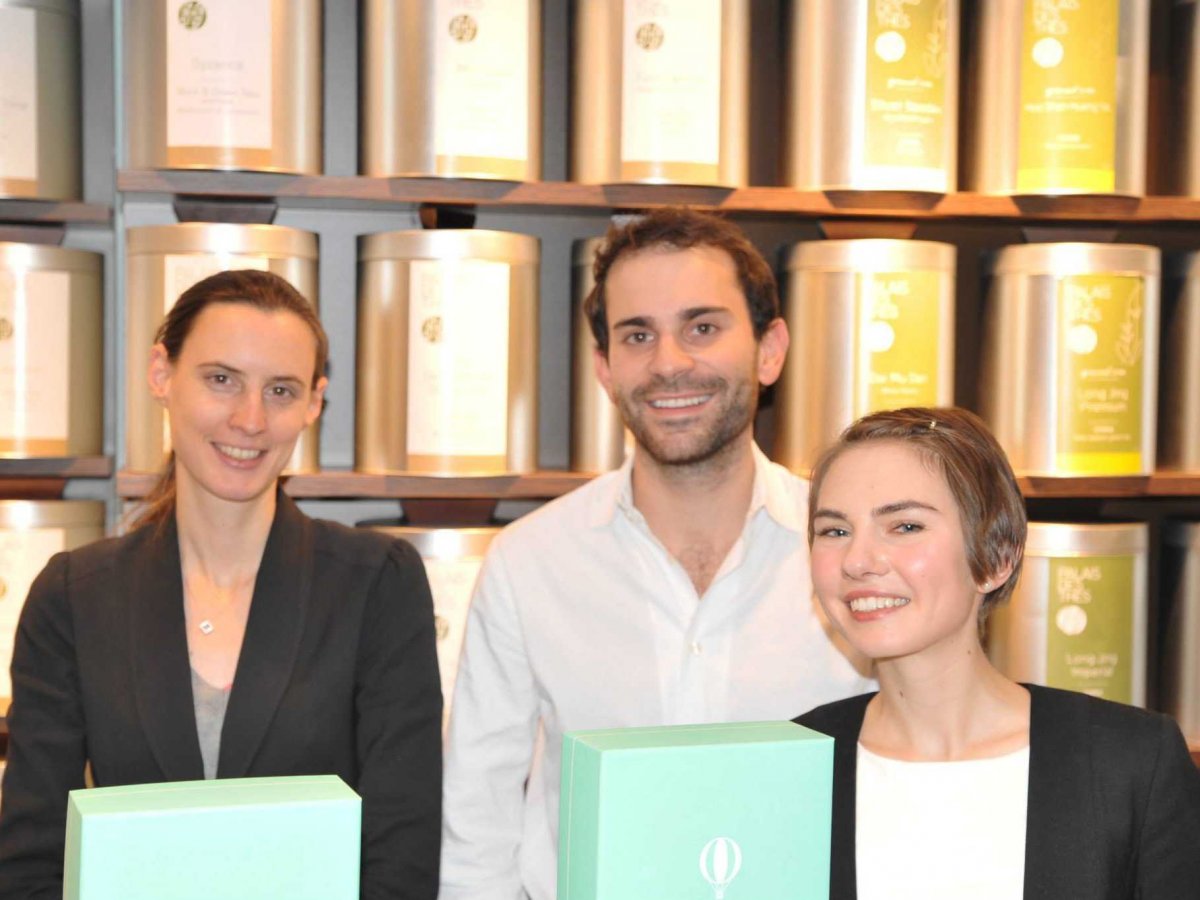 Since users don't get to choose which country they'd like to receive a box from, Try The World describes the experience as "embarking on a blind tour of the world's food."

The company has a featured box which they advertise on their website that changes every two months, so if users aren't interested in the current box, they can always check back a couple months down the line.

Right now the featured box is a selection of foods from Argentina put together by chef Adolfo Suaya, the founder of a chain of Argentine restaurants, as well as multiple Hollywood restaurants.

Here's a picture of some of the items in the Argentina box. Try The World notes that not every box will necessarily have the exact same items, since it can be hard to source large amounts of certain foods. 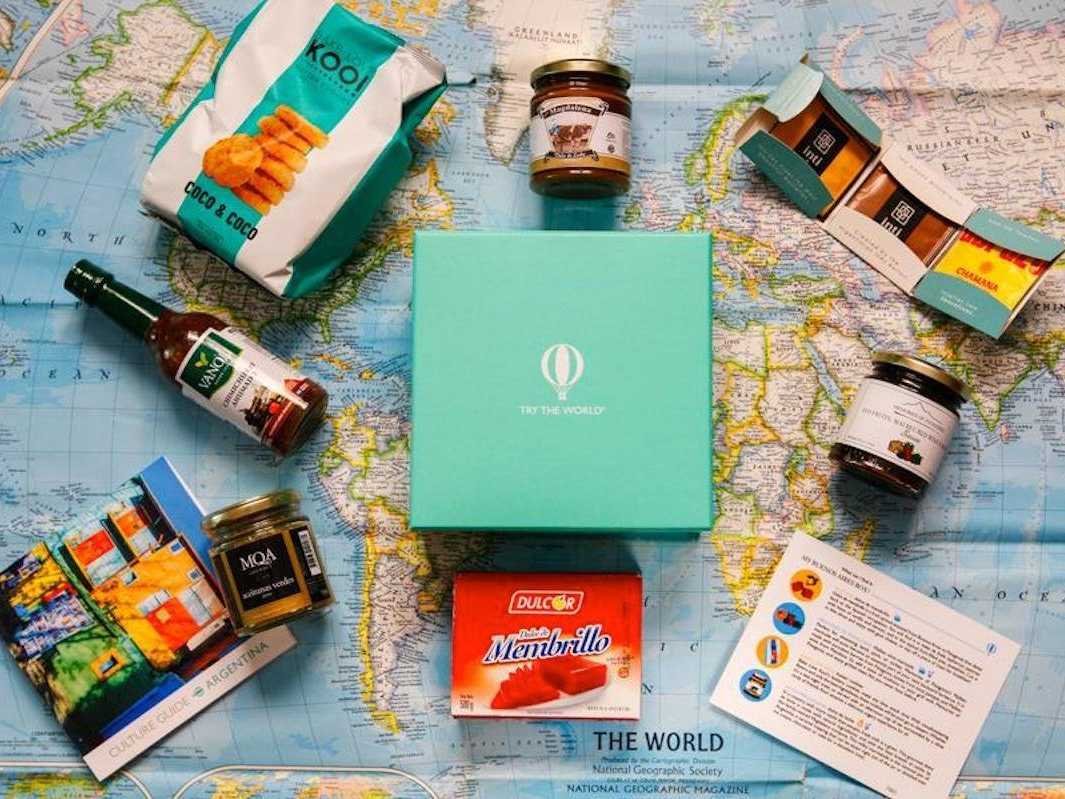 Here's an example of a breakfast made from the foods in the Argentine box. There's toasted brioche bread topped with ricotta, Malbec honey, and slices of Dulcor Dulce de Membrillo (jelly made from the pulp of the quince fruit). 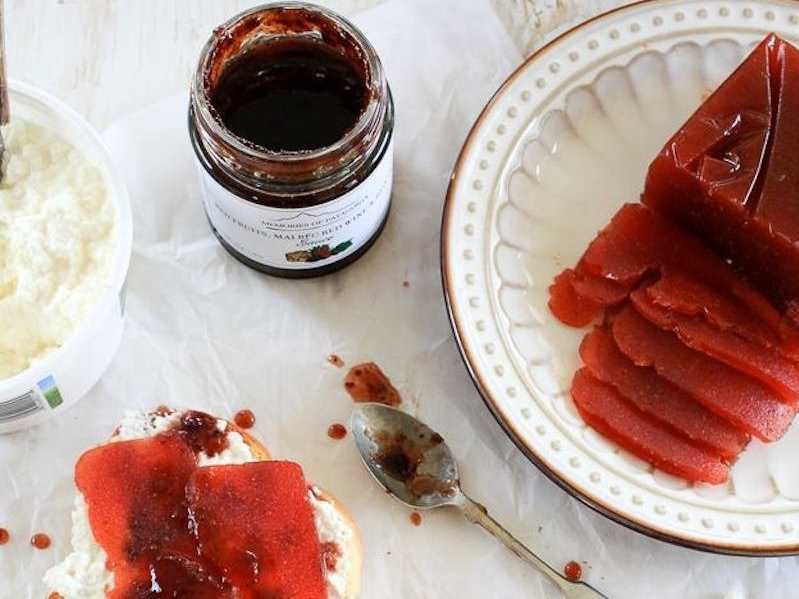 Here's one version of the Paris box. 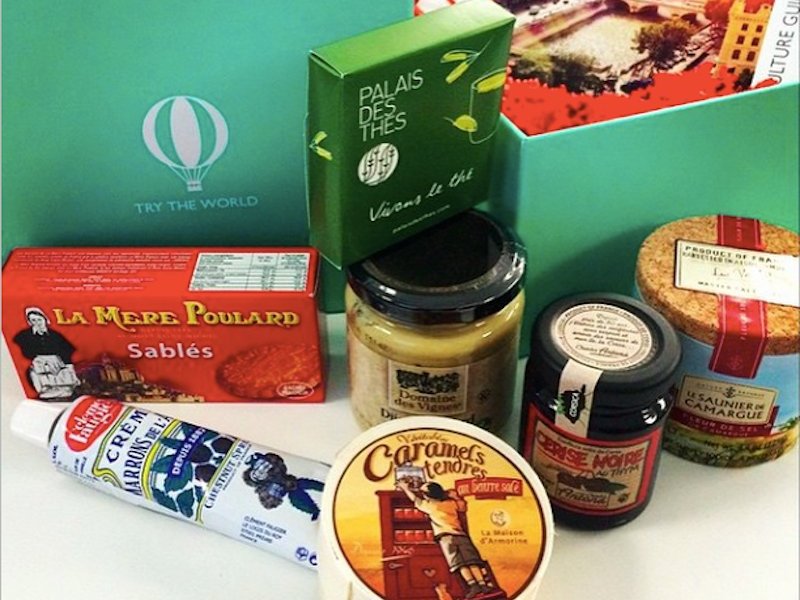 And here's another version of the same box. The above version seems more savory compared to the version below, which seems more sweet. 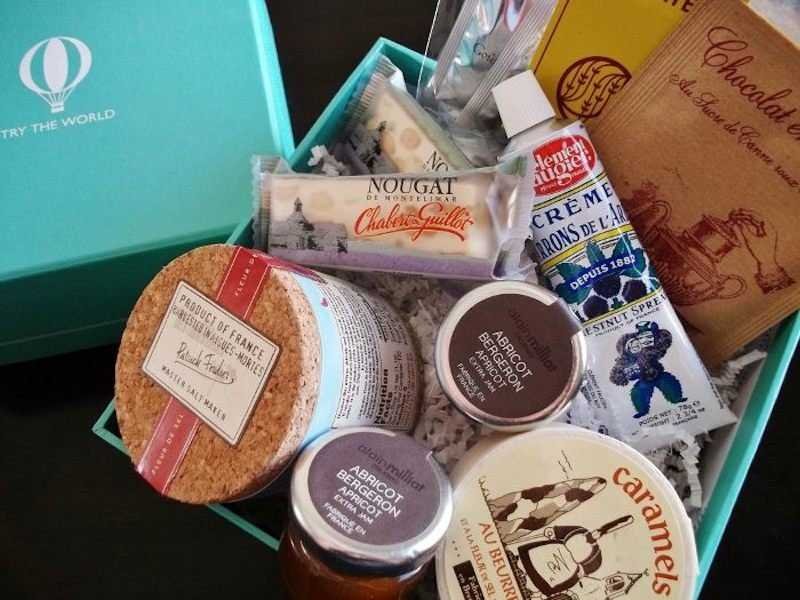 While users can't make a large, elaborate meal from the items in the boxes alone, the ingredients can be used — with additional food items — to help make a more authentic foreign meal.

NOW WATCH: 4 major issues for any American who wants to visit Cuba

SEE ALSO: I ate dinner with complete strangers using a meal-sharing app — and would do it again the next time I travel

Incase you do decide to travel, here are some amazing travel apps you might find useful:

More from AOL.com:
This museum is doing something incredibly clever to make teens care about art
The psychological case against tasty, tasty appetizers
A small cafe in Australia is gaining international fame for its crazy dessert menu
Tags
Read Full Story