Storms and heavy downpours inundated areas from the southern Plains to the Ohio Valley on Tuesday, resulting in flash flooding, impassable roadways and numerous water rescues.

Flash flood emergencies were declared in three countries in Missouri as creeks and streams overflowed their banks.

At least two water rescues occurred near the Branson area, one from a home and another from a car swept away in swift-moving water.

The Missouri Department of Transportation temporarily closed Highway 165 amid the heavy rain.

Flooding was so widespread in Cassville, Missouri, that the Barry County Sheriff sent out an alert Tuesday that the entire town was closed. Many roads were covered with water throughout the town. By Wednesday morning, most roadways were back open and businesses resumed operation. 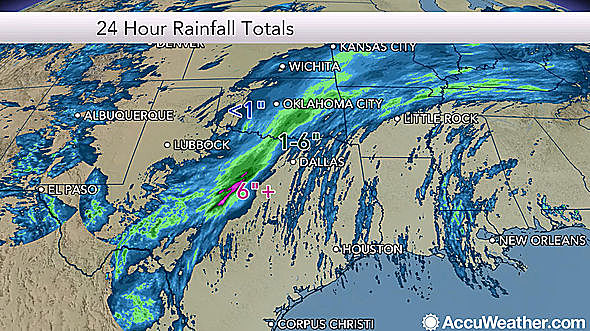 Abilene, Texas, broke their all-time record for the highest daily rainfall total with 8.26 inches of on Tuesday.

A total of 9.13 inches of rain fell across Brady, Texas, causing travel problems throughout the area. Local law enforcement reported several cars were swept away on Highway 377 early Wednesday morning.

Twenty water rescues were performed in San Angelo, Texas, on Tuesday according to the local fire department.

The threat continues through Thursday as additional rain will fall over already saturated ground.

"Extending from parts of the central Plains and middle Mississippi Valley to the Ohio Valley and central Appalachians, a mere inch or two of rain in three hours is all that is needed for flash flooding to occur," AccuWeather Meteorologist Alex Sosnowski said.

Through Thursday, areas from north-central Texas to northern Ohio, southwestern Pennsylvania and much of West Virginia have the potential to receive 1-2 inches of rain with locally higher amounts.

"These rainfall amounts are not huge, but it is the cumulative effect, where some areas have received over a foot of rain since June 1, which is 2-4 times the average rainfall," Sosnowski said. 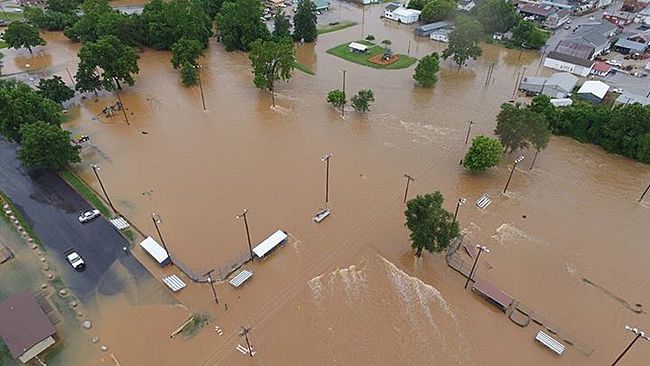