After the Sandy Hook Elementary School shooting in Newton, Connecticut in December 2012, the US came to a standstill, and gun control debates and conversations quickly became more prominent.

While gun control has remained a popular topic of conversation since the shooting, a very sad fact holds true: At least 226 people have died in mass shootings since then.

The Stanford University Geospatial Center has composed graphs and lists of shootings throughout the years, and their studies showed that 72 mass shootings have occurred after Sandy Hook, including the recent shooting in Charleston, South Carolina.

See below for a graphic of mass shootings in the United States over time: 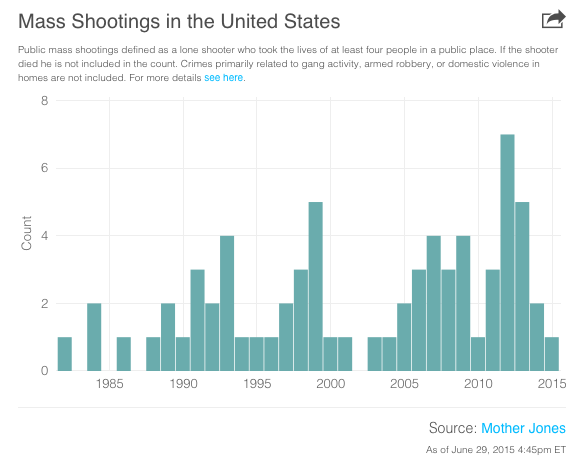 While gun control will continue to be a prevalent topic of conversation and debate, these statistics clearly highlight the fact that it's important to start looking at this issue more seriously.