Audrey Hepburn only weighed 88 pounds: her son reveals why 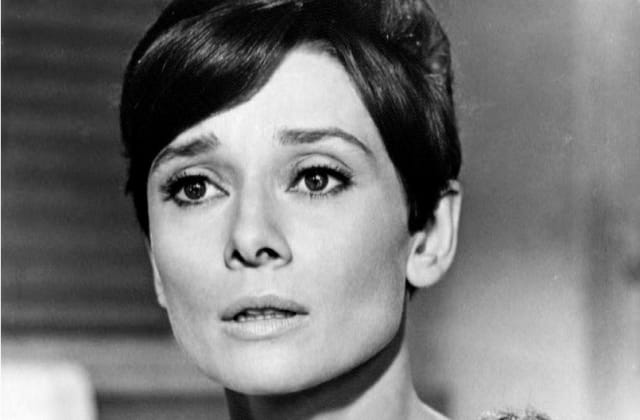 While Audrey Hepburn may have been praised for her effortlessly slim figure, her son recently revealed the truth behind the star's thinness.

While we assumed that Hepburn's ballet training kept her so slender, her youngest son Luca Dotti, 45, writes in his new book, Audrey at Home: Memories of My Mother's Kitchen, that the star's physique was the result of malnourishment. In an interview with People, Dotti said:

"From the time she was 9 to 16, during World War II, she was extremely malnourished. The time she most needed nourishment, she didn't have enough food." Luca Dotti

In an excerpt of his book, Dotti further explains how his mother came to be so malnourished. He writes:

"When the Nazis locked down Holland in 1944, they called it the Winter of Hunger and my mom didn't have enough to eat. Almost to the point of her body failing."

Hepburn survived that troubling time by eating endive and tulip bulbs that she dug herself. She took to reading to distract herself from the constant hunger. Dotti writes:

"She would spend entire days in bed with a book, thus hoping to expel from her mind obsessive thoughts about food."

By the time she was 16 years old, Hepburn weighed only 88 points at 5-foot-6. Because she was extremely underweight, the star suffered many illnesses and unhealthy side effects. Dotti writes:

"She suffered from asthma, jaundice, and other illnesses caused by malnutrition including acute anemia and a serious form of edema which Mum explained like this: 'It begins with your feet and when it reaches your heart, you die. With me, it was above the ankles when I was liberated.'"

The actress remained thin for the rest of her life despite eating much more in adulthood. Dotti notes that his mother always had a plate of spaghetti al pomodoro when she arrived home from a trip. She often consumed large portions. While she had a naturally small frame, her childhood malnourishment likely contributed to her slim physique as an adult.

Click through this slideshow to see pictures of Audrey Hepburn throughout the years:

Audrey Hepburn only weighed 88 pounds: her son reveals why
January 1950

The stunning Audrey Hepburn, with a classic swept hair style.

Nautical style for Audrey involves a fun hat and some seriously stylish shades.

A young Audrey takes a stroll through Kew Gardens, in a large-print plaid dress.

Audrey with her fiancee, industrialist James Hanson, wearing a pretty shirt with a high collar.

Audrey poses on a bridge, wearing striped crops and a dark sweater with a peter pan collar.

Audrey cut into a 'Welcome Home' cake, wearing an impeccable belted dress. She had just arrived back in London after the filming of 'Roman Holiday.'

Audrey signed an autograph book for two young girls on the set of director Billy Wilder's film, 'Sabrina'. Hepburn was wearing a skirt suit designed by Hubert de Givenchy with a hat and hoop earrings.

Audrey Hepburn touches up her make-up off the set of 'Sabrina.'

Audrey married Mel Ferrer in a beautiful Balmain dress.  The dress had a tea-length skirt and tiny waist, with wide chiffon shoulders to complement her perfectly.

This looks like a perfect day... Audrey was classically chic in this sweet dress, writing a letter in a palm grove.

Audrey knew how to rock a robe, too -- we love the fun pattern.

Audrey browsing through the wardrobe at a photographer's studio, but we're more interested in what she was wearing!  You probably remember this look: a full length red coat dress with a white poodle motif.

Audrey in a floral-print day dress and sun hat.

Even when she's casual, Audrey looks chic.  Sitting below the Eiffel Tower in Paris, she's wearing a coat we just need to have... stat.

Audrey stands in a park with a poodle and her director Billy Wilder, wearing a shawl with a plaid shirt and shorts.

Possibly the most iconic look of Audrey's, she takes a lunch break while wearing a black dress, gloves and pearls.

Audrey looked impeccable stepping out of a car in this tweed skirt suit.

Audrey looked lovely on stage at the Cinema Festival.

Audrey in a butterfly-patterned dress, standing with Rob Wolders during the 4th Annual Kennedy Center Honors.

Audrey was stunning in this patterned silk dress and coat with matching earrings.

If anyone can rock stripes and polka dots to the Academy Awards, it's Audrey.

We love the pop of pink in the shrug Audrey chose to pair with this sleek strapless gown.

Audrey definitely fell in love with volume in her later years, wearing this material-heavy gown in attendance of the American Film Institute honoring Gregory Peck.

As a UNICEF Goodwill Ambassador, Audrey walks down a village pathway with Vietnamese "Dao" hill tribe children.  She is wearing an ethnic minority traditional costume given to her by the women of this village in northern Vietnam.

The Film Society of Lincoln Center honored Audrey Hepburn in 1991, and she absolutely popped in this brightly patterned coat.

Audrey wore a similar dress to the Casita Maria Fiesta Benefit, but this one paired bright green with a black and gold embellished top.


Watch this video to find out more secrets literature reveals about Audrey Hepburn:

More from AOL.com:
Harry Styles had the perfect reaction to a fan flashing him
Here's what the comments on your child's report card really mean
The Royal Family's shocking income has been revealed
Read Full Story