On Monday, the Daily News published an image to kick off its coverage of the Puerto Rican Day Parade, but many in the Puerto Rican community are calling the image offensive. Not only is the picture not from the parade, it's rumored they didn't get the women's permission to publish their image in their paper. Also, the women may not even be Puerto Rican. 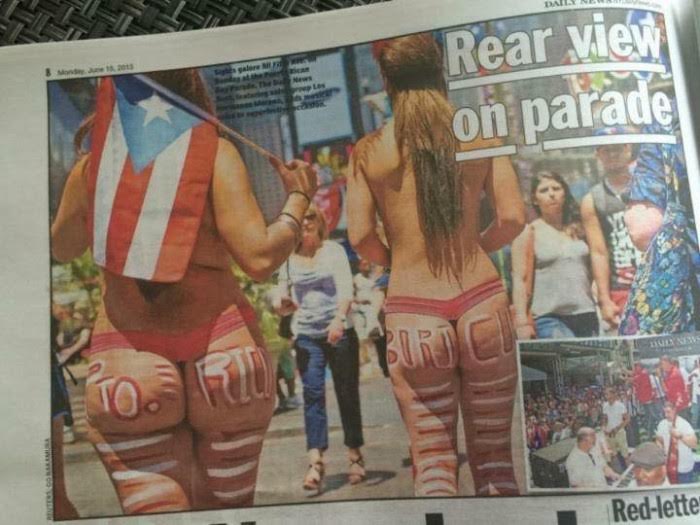 A number of readers wrote opinions to the Daily News.

"Out of all of the pictures that you could have printed from the Puerto Rican Day Parade, those two women were the best you could find?," one reader asked. "The News is more like Hustler magazine every day. You must be so proud."

The president of the National Puerto Rican Day Parade has written to the CEO of the New York Daily News asking for "an immediate, front page apology."

On Wednesday evening the parade organization demonstrated in front of the Daily News offices -- but at this point, the paper has not issued an apology for running the picture.
0 PHOTOS
Puerto Rican Day Parade
See Gallery

Discover More Like This
HIDE CAPTION
SHOW CAPTION
of
SEE ALL
BACK TO SLIDE
More on AOL:
Nine people, including church pastor and senator, fatally shot at church
A woman will be featured on next $10 bill
The world's most expensive city for expats
Read Full Story