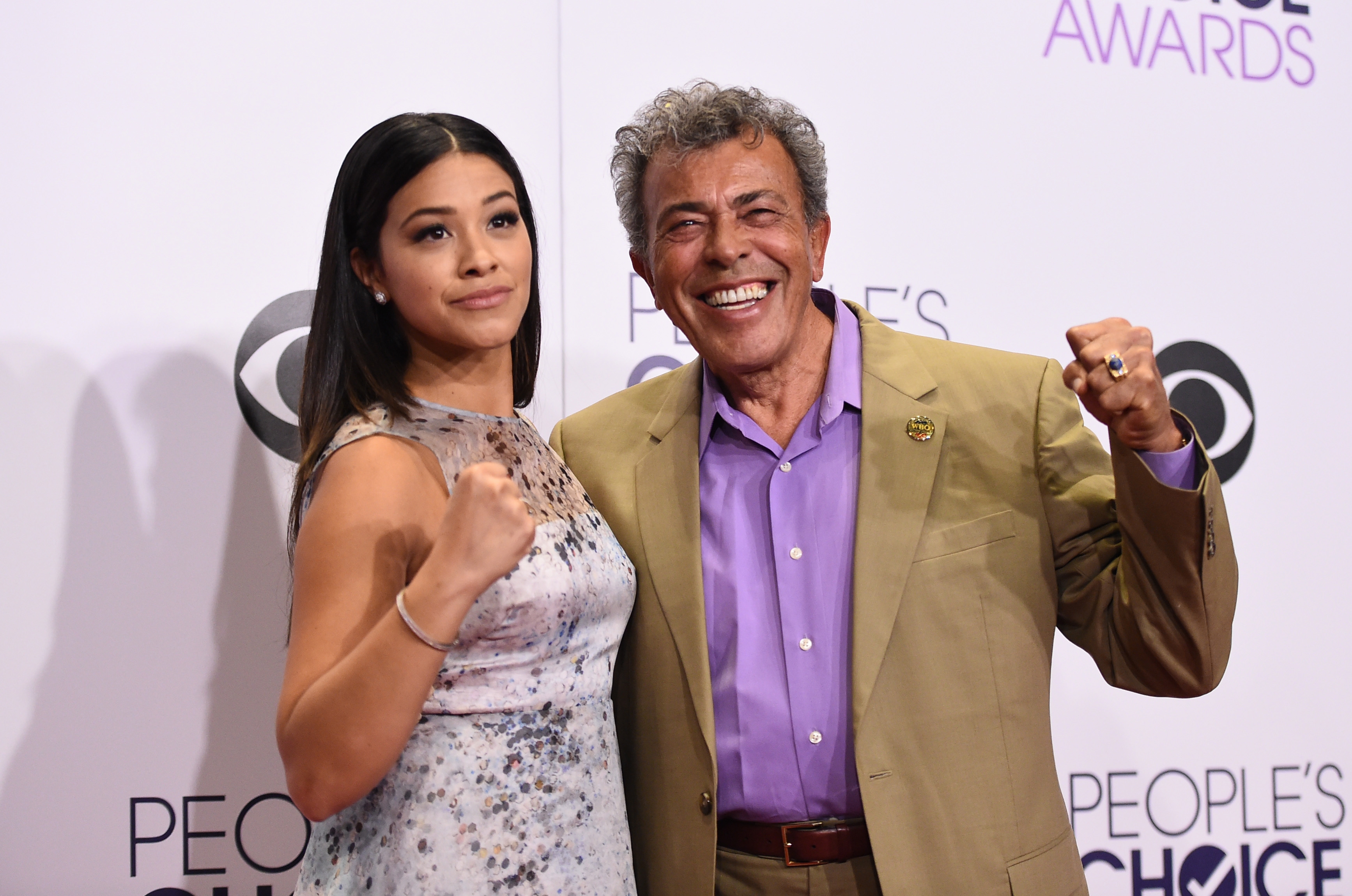 Gina Rodriguez of 'Jane the Virgin,' is giving her dad the most amazing present this Father's Day.

The Golden Globe winner announced on Twitter Wednesday, that she will be publishing a book encompassing all of the lessons she's learned from her father, Genaro Rodriguez.

The book, titled I Can And I Will: Tools My Daddy Gave Me, is expected to be released by Simon & Schuster in 2016, according to Entertainment Weekly.

Her father's words have clearly impacted her greatly.

In a photo for the Academy's Emmy consideration, Gina's words and the words of wisdom from her father, make up the background.

It reads, "I became an actor to change the way I grew up. I never saw myself on screen. This role is so much more than myself. It represents a culture that wants to see themselves as heroes. I want to liberate young girls to say I don't have to be a perfect size zero. I can be a perfect size me. My father used to tell me to say every morning, today's going to be a great day. I can and I will. Well dad... I can and I did."

I know it's ridiculous that I've shared so much recently about all these incredible blessings but I share because it's all of you, my family, friends, Warriors that have gotten me to this place in my career. The support, the love, the encouraging comments, the consistent viewers, that is what has made my dreams come true. We don't do anything in this world alone, my hustle is only as strong as my crew. Traditional campaigns have quotes from critics, my studio and network put up quotes from my journey. That just melts my heart. Emmy Season campaign from #CBS and #CW support of #JanetheVirgin and myself. Today truly is a great day. #humbled 🙏

Gina and her fans have since used hashtags like #ICanAndIWill as empowering statements. Earlier this week, the actress channeled her father again with an Instagram photo and caption that thanked him for introducing her to boxing as a child.

My father gave me boxing as a young kid. Boxing makes me feel strong both inside and out. It puts perspective on what beauty truly means to me, it's not about being skinny it's about being strong. Strong in my character, strong in my heart, strong enough to give my strength away to another. Thank you @jeremyrayvaldez for capturing this moment. You are an incredible actor, photographer and friend.

Father's Day early wishes in the newest @peoplemag "Taught me courage I couldn't ignore and the belief that I could fly!" I love you daddy-o

We hope Gina's daddy-o enjoys the book as much as we will.