This is the greatest Taco Bell in the world

Taco Bell doesn't have a reputation for being a particularly breathtaking establishment.

But this Taco Bell in Pacifica, California is completely different. 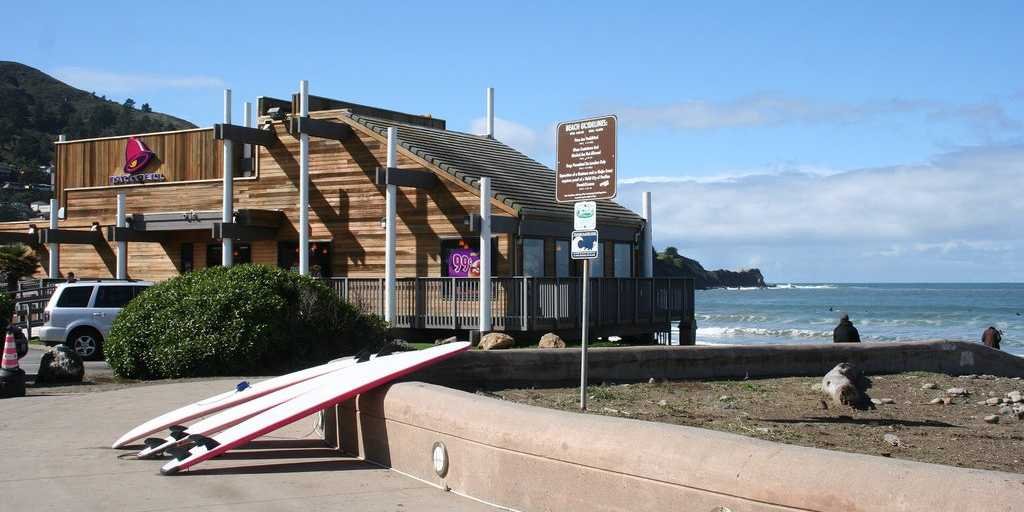 Yelp reviewers have clarified that this Taco Bell, which according to Jaunted, used to be an A&W, is a four-star establishment, but the pictures of the view really do the talking.

It's proof that even if the menu is still composed of the same, usual Taco Bell items, a view can change things.

After all, it's based on the beach. And people clearly love eating there.

You can order food by the window and eat it on the porch — or on the beach.

Or you can sit inside. (The sound of the waves outside is probably a lot nicer than the sound of cars rushing by in the usual strip mall or highway setting.)

Of course, it's probably best to eat the Taco Bell on the porch.

Because the view is stunning ...

Who knew that one of the best beach views was at a Taco Bell?

NOW WATCH: Victoria's Secret is making one mistake that is driving away a lot of women

SEE ALSO: This might be the fanciest McDonald's in the world