The private intelligence firm Strategic Forecasting, or Stratfor, recently published its Decade Forecast in which it projects the next ten years of global political and economic developments.

In many ways, Stratfor thinks the world of ten years from now will be more dangerous place, with US power waning and other prominent countries experiencing a period of chaos and decline. 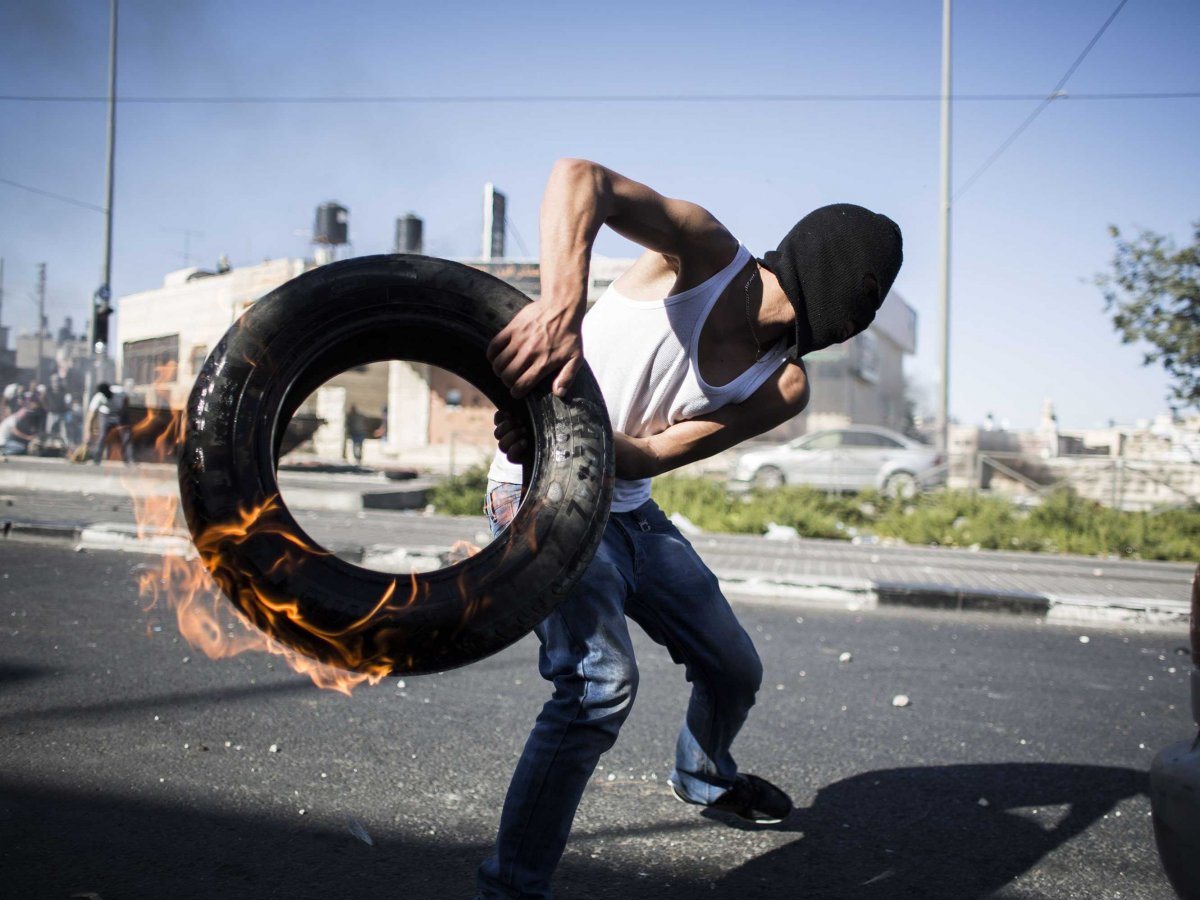 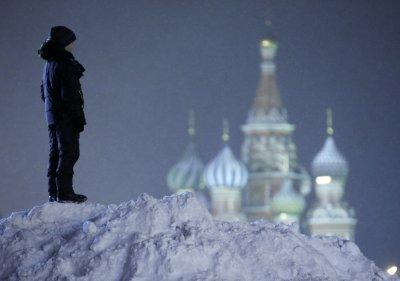 Sanctions, declining oil prices, a plunging ruble, rising military expenses, and increasing internal discord will weaken the hold of Russia's central government over the world's largest country. Russia will not officially split into multiple countries, but Moscow's power may loosen to the point that Russia will effectively become a string of semi-autonomous regions that might not even get along with one another.

"We expect Moscow's authority to weaken substantially, leading to the formal and informal fragmentation of Russia" the report states, adding, "It is unlikely that the Russian Federation will survive in its current form."

... and the US will have to use its military to secure the country's nukes. 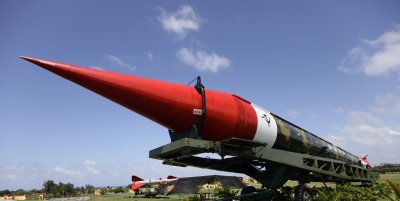 Russia's nuclear-weapons infrastructure is spread across a vast geographic area. If the political disintegration Stratfor predicts ever happens, it means that weapons, uranium stocks, and delivery systems could end up exposed in what will suddenly become the world's most dangerous power vacuum.

The breakout of Russia's nuclear weapons stockpile will be "the greatest crisis of the next decade," according to Stratfor.

And the US will have to figure out what to do about it, even if it means dispatching ground troops to secure loose weapons, materials, and delivery systems.

"Washington is the only power able to address the issue, but it will not be able to seize control of the vast numbers of sites militarily and guarantee that no missile is fired in the process," the Decade Forecast states. "The United States will either have to invent a military solution that is difficult to conceive of now, accept the threat of rogue launches, or try to create a stable and economically viable government in the regions involved to neutralize the missiles over time."

Germany is going to have problems ... 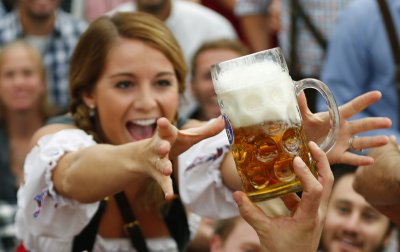 Germany has an export-dependent economy that has richly benefitted from the continent-wide trade liberalization ushered in by the European Union and the euro, but that just means the country has the most to lose from a worsening euro crisis and a resulting wave of euroscepticism.

The country's domestic consumption can't make up for this dip in Germany's export economy or for a projected decline in population. The result is Japan-style stagnation.

"We expect Germany to suffer severe economic reversals in the next decade," the Decade Forecast says.

... and Poland will be one of Europe's leaders. 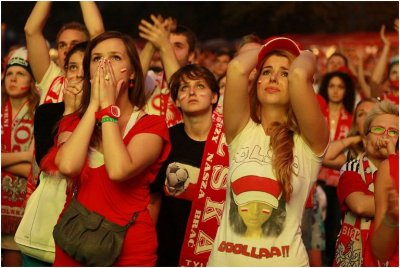 Look a little to Germany's east, and things won't be quite so bad. "At the center of economic growth and increasing political influence will be Poland," the report says.

Poland's population won't decline as much as those of the other major European economies. The fact that it's the largest and most prosperous European state on Russia's western border will also thrust it into a position of regional leadership that the country could leverage into greater political and economic prestige.

And it only helps to have the kind of close, longstanding strategic partnership with the US that Poland enjoys.

There will be four Europes. 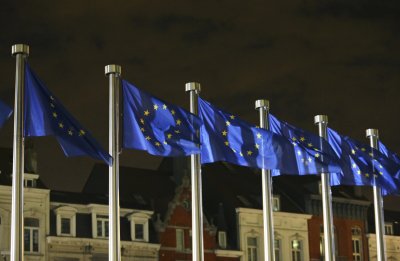 It wasn't long ago that European unity seemed like an unstoppable historical force, with political and economic barriers between countries dissolving and regionalism and nationalism disappearing from the continent's politics.

In 10 years, that may all seem like a distant memory. The Decade Forecast talks about four Europes that will becoming increasingly estranged from one another: Western Europe, Eastern Europe, Scandinavia, and the British islands. They will still have to share the same neighborhood, but they won't be as closely connected as they were before.

"The European Union might survive in some sense, but European economic, political, and military relations will be governed primarily by bilateral or limited multilateral relationships that will be small in scope and not binding," the report says. "Some states might maintain a residual membership in a highly modified European Union, but this will not define Europe."

Turkey and the US will have to be close allies but for an unexpected reason. 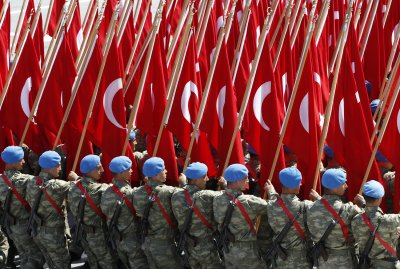 Several Arab countries are in a state of free fall, and the Decade Forecast doesn't see the chaos ending anytime soon. The major beneficiary from all of this will be Turkey, a strong, relatively stable country whose borders stretch from the Black Sea all the way down to Syria and Iraq.

Turkey will be reluctant to intervene in conflicts on its borders but will inevitably have to, according to the forecast. As Ankara's strength and assertiveness increases relative to its neighbors, the country will become an indispensable US partner.

But Turkey will want something in return: a line of defense against a certain powerful and aggression-minded country on the other side of the Black Sea that has military bases in neighboring Armenia. Turkey will want the help of the US in keeping Moscow out of its backyard.

"Turkey will continue to need US involvement for political and military reasons," the report says. "The United States will oblige, but there will be a price: participation in the containment of Russia. The United States does not expect Turkey to assume a war-fighting role and does not intend one for itself. It does, however, want a degree of cooperation in managing the Black Sea."

China will face one huge problem. 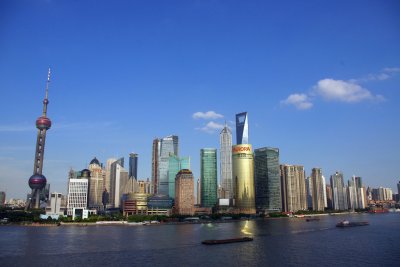 China may have a rough decade ahead as economic growth slows, leading to widespread discontent toward the ruling Communist Party. But the party will not liberalize, which means its only viable option for controlling the gathering chaos while remaining in power will be to increase internal oppression.

Beijing also faces another, perhaps even bigger problem: China's growth hasn't been geographically distributed very evenly. Coastal cities are thriving, but China's interior has less access to international markets and is comparatively much poorer. That problem will only get worse as China continues to urbanize.

"The expectation that the interior — beyond parts of the more urbanized Yangtze River Delta — will grow as rapidly as the coast is being dashed," the report says. And the growing rift between China's coast and its interior could presage even deeper, more ominous splits.

As the report notes, regional fissures have been a persistent driver of political chaos throughout China's history, and there is an unlikely but "still conceivable outcome in which political interests along the coast rebel against Beijing's policy of transferring wealth to the interior to contain political unrest." 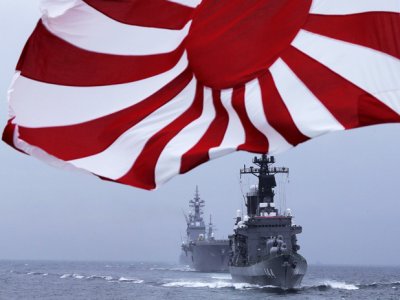 Japan has a maritime tradition going back centuries, and as an island nation it is pretty dependent on imports. China is building a state-of-the-art navy of its own, and it may become even more aggressive in controlling shipping routes in the East China Sea, South China Sea, and Indian Ocean that Japan depends upon.

Japan will have no option but to project power into the region to counter China and protect its supply routes. With US power waning, it will have to do this on its own.

The South China Sea islands won't start a war — but there's a catch. 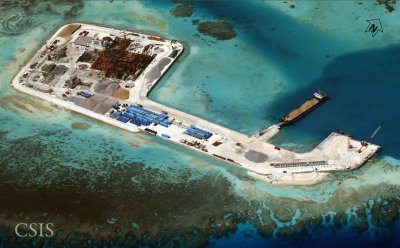 The regional powers will decide that South China Sea island disputes aren't worth a major military escalation, but they will still be a symptom of a hazardous power dynamic.

"Fighting over the minor islands producing low-cost and unprofitable energy will not be the primary issue in the region," the report predicts. "Rather, an old three-player game will emerge. Russia, the declining power, will increasingly lose the ability to protect its maritime interests. The Chinese and the Japanese will both be interested in acquiring these and in preventing each other from having them."

Dangerous great-power dynamics are returning to East Asia, even if it may not result in armed conflict in the South China and East China seas. 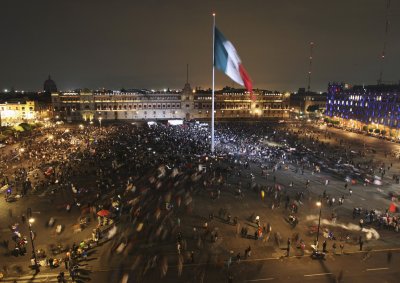 China's economy will slow down, and growth in its production capacity will flatline. That's actually good news for a handful of countries. The entry-level manufacturing jobs that China used to gobble up will migrate to 16 emerging economies with a combined population of 1.15 billion.

US power will decline. 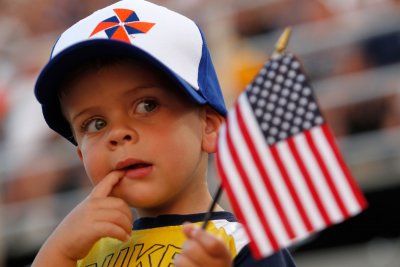 With the world becoming an even more disorderly and unpredictable place over the next 10 years, the US will respond by being increasingly judicious about how it picks its challenges rather than taking an active leadership role in solving the world's problems.

A growing economy, surging domestic energy production, declining exports, and the safety of being in the most stable corner of the world will give the US the luxury of being able to insulate itself against the world's crises. While this more restrained US role in global affairs will make the world an even less predictable place, it's a reality that other countries will just have to deal with.

"The United States will continue to be the major economic, political, and military power in the world but will be less engaged than in the past," the forecast says. "It will be a disorderly world, with a changing of the guard in many regions. The one constant will be the continued and maturing power of the United States — a power that will be much less visible and that will be utilized far less in the next decade."