Science fiction is becoming simply science -- robots may soon be able to know exactly how you're feeling.

Researchers from UC San Diego School of Medicine have developed software that can detect pain levels by looking at facial expressions. According to an article, published in the journal "Pediatrics," researchers came up with a computer vision algorithm that recognizes levels of un-comfort by analyzing the expressions of the brow, eyes, lips, and jaw. It seems like the song, "If You're Happy and You Know It" has a whole new meaning!

Below is example of a child's facial expressions of pain from the study, illustrating many of the core facial actions observed in pain. 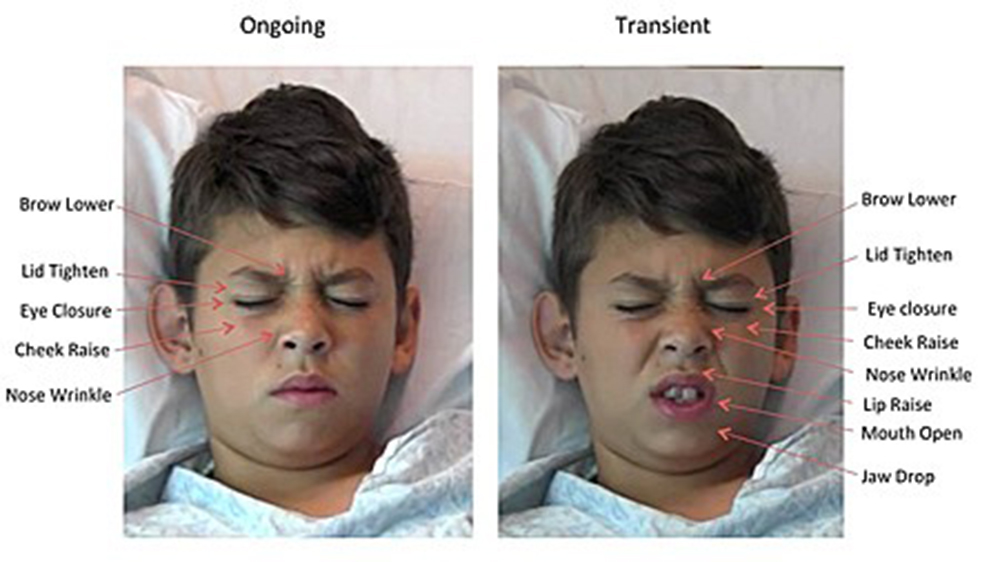 As Engadget reports, the technology could be used in the future at hospitals - where nurses could tell if a patient needs more pain medication after surgery.

Click through below to see some great wearable technology ideas!

New software will be able to look at you and determine your level of pain
Hisao Tanaka, president and chief executive officer of Toshiba Corp., wears the company's wearable display device as he speaks during a news conference in Tokyo, Japan, on Thursday, May 22, 2014. Toshiba targets 450 billion yen ($4.4 billion) of operation profit for the fiscal 2016. Photographer: Tomohiro Ohsumi/Bloomberg via Getty Images
People recording with GoPro on stick in the Color Run by Desigual. Green color powder. Barcelona Catalonia May 18th 2014. Wearable technology.
Pebble Smartwatch
Woman wearing Fitbit and holding weights
Google glass
Sunglasses made to fit Google Glass are displayed on a computer screen in Tiskilwa, Illinois, U.S., on Tuesday, April 15, 2014. Beginning at 9 a.m. ET today, Google began a one-day sale for its wearable computing device, Glass, for $1,500 plus tax. The sale is an expansion of the Google Glass Explorer program, started in 2012. Photographer: Daniel Acker/Bloomberg via Getty Images
An Indian model showcases the new Samsung 'Galaxy S5' smartphone during a fashion show held as part of a consumer event in Bangalore on April 10, 2014. The phone along with its wearable 'Gear 2' will be available on sale across India from April 11, works on a firstime, True OctaCore Proccesor. AFP PHOTO/Manjunath KIRAN (Photo credit should read Manjunath Kiran/AFP/Getty Images)
Up Next

More on AOL.com:
This surprise birthday party was 100 years in the works
Amal Clooney is BFF with George's longtime costar Julia Roberts
These female stars changed their views on feminism once they understood it better
Tags
Read Full Story