TV in memoriam: 17 characters we lost in 2015 from killings, exits and recastings

Meanwhile, before new shows have even aired, changes are already being made.

See the actors you won't be seeing on 2015-16 shows – at least in their current states. 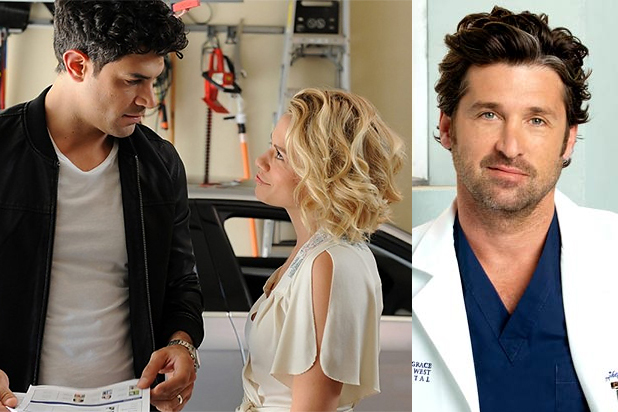 "Grey's Anatomy" – In a move that we'll probably never get over, the seminal Shondaland drama killed off its leading man 11 seasons in. Patrick Dempsey's Derek "McDreamy" Shepherd will not be returning to Seattle Grace Hospital with the show's twelfth season in the fall.

"How to Get Away With Murder" – While the entire first season centered around who killed sorority girl Lila, the finale introduced a new murder mystery for season 2 as Katie Findlay's Rebecca Sutter went from murder suspect to murder victim.

"Quantico" – Dougray Scott is out of the thriller set at an elite FBI academy, where one of a group of young recruits will turn out to be a sleeper terrorist responsible for the worst domestic attack since 9/11. Scott had been set to play the role of Liam, a special agent and a counselor who works with the new recruits, but the role will be recast.

"The Catch" – Damon Dayoub and Bethany Joy Lenz, who played the pair of scheming lovers swindling Mireille Enos out of her life savings in the pilot, are both out. Lenz shared the news on her social media Monday.

"Looks like they need a different type for Zoe, so I'll be replaced," she said on Twitter. "But please still watch! It really is such a good show and I'm so proud of my friends' work!"

There was likewise no hard feelings on her co-star's part either. "Best wishes to the cast and crew of @ABC_TheCatch," Dayoub, who is staying in the ABC business with a recurring role on cable network ABC Family's "Stitcers," tweeted. "See you all starting 6/2 on @StitchersTV @ABCFamily !!" 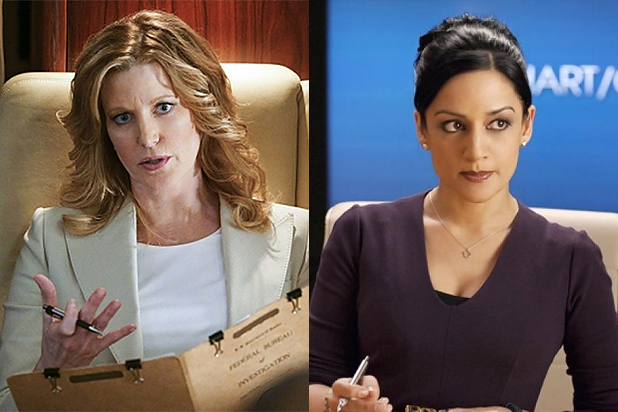 "The Good Wife" – Archie Panjabi's investigator Kalinda, a fan favorite during the show's six-season run, left after a tense (and maybe spliced-together) final scene with Julianna Margulies' Alicia. The actress did not renew her six-season contract, and signed on for a development/talent holding deal with 20th Century Television instead.

"CSI: Cyber" – Patricia Arquette will be short one boss when the newest CBS franchise spinoff returns for Season 2. Peter MacNicol is exiting the series as assistant director Stavros Sifter after producers decided Arquette's character no longer needed an authority figure.

"Criminal Minds" – Jennifer Love Hewitt will no longer be helping the long-running procedural solve murders when the drama returns for its eleventh season in the fall. In a case of life imitating art or vice versa, Hewitt's character decided in the finale to turn in her badge in order to focus on her family, especially her unborn baby – mirroring Hewitt's own real life pregnancy.

Also Read: How 'CSI' Cancellation Turns Up the Heat on 'Cyber' Spinoff

"CSI: Beyond Borders" – Even though Anna Gunn starred in a "backdoor pilot" for the new "CSI" spinoff that aired this spring, the "Breaking Bad" alum won't be part of the show when it makes it to air. An individual with knowledge of the project told TheWrap the show will have a different female lead character, played by a different actress after Gunn dropped out. 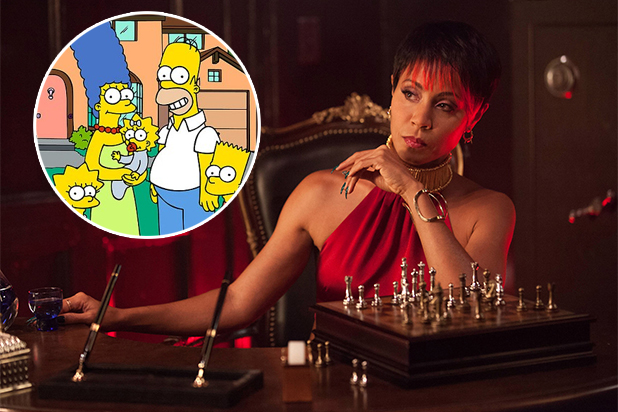 "Gotham" – Jada Pinkett Smith made waves when she announced that her villainous Fish Mooney won't be returning for the show's second season. When asked about her participation on the upcoming sophomore run during a March taping of "Live with Kelly and Michael," Pinkett Smith told Kelly Ripa and Michael Strahan: "I don't think so; I signed for a year and the year's up."

"The Simpsons" – Harry Shearer, who had voiced 23 characters on the animated show for its entire 26-season run, including Ned Flanders, Mr. Burns and Seymour Skinner, announced he would be leaving the show. There are already potential replacements lining up to pick up the mantel. 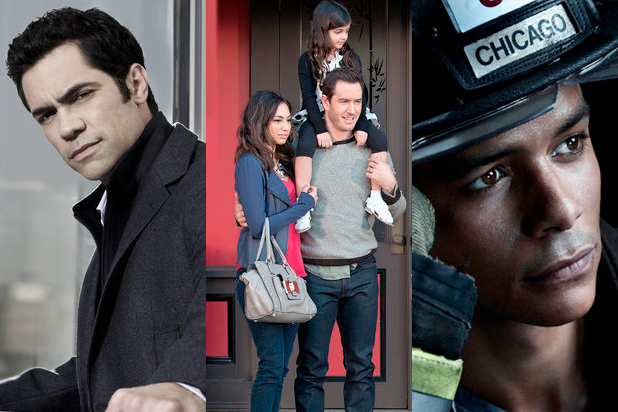 "Chicago Fire" – Not only did the Dick Wolf procedural lose one of its lead characters to the Grim Reaper in the season premiere, another firefighter left Firehouse 51 before the conclusion of Season 3. Charlie Barnett's Mills moved to North Carolina to be with his family – and his colleagues will move onto Season 4 without him.

"Law & Order: SVU" – After four seasons, Danny Pino's Detective Amaro left the NYPD Special Victims Unit. According to showrunner Warren Leight, the decision was mutual. The actor wanted to do new things in his career, and his character had come to a dead end in his career as a cop. Amaro left the squad to move West with his family, and Benson and Co. will continue to fight crime on the show's seventeenth season.

"People Are Talking" – The post-college ensemble comedy lost its female lead, Meaghan Rath, when Fox picked up the series "The Guide to Surviving Life," in which she also plays the female lead. 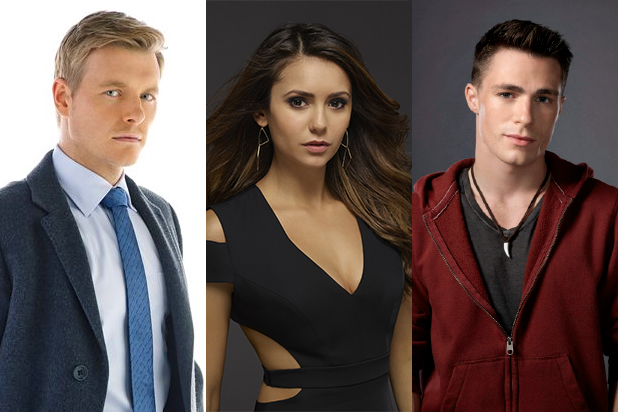 "The Vampire Diaries" – In a shocking move, Nina Dobrev chose not to renew her contract after six years on the long-running vampire drama, leaving Mystic Falls sans its leading lady when it returns.

"Arrow" – Making his exit a few episodes before the season finale, Colton Haynes' Roy Harper/Arsenal will no longer be a series regular when the show returns for Season 4. He said goodbye to Team Arrow and left Starling City, but the door remains open for occasional returns.

"The Flash" – In a heartbreaking season finale, The CW's newest superhero drama said goodbye to Rick Cosnett, whose Eddie Thawne made the ultimate sacrifice to save his friends. But with time travel a huge element on the show, producers aren't ruling out his character's return in some form.

"Crazy Ex-Girlfriend" – Michael McDonald, who had been cast as the boss to Rachel Bloom's lead character on the musical romantic comedy, will be recast when the show begins airing in the fall.

Read this story on TheWrap.