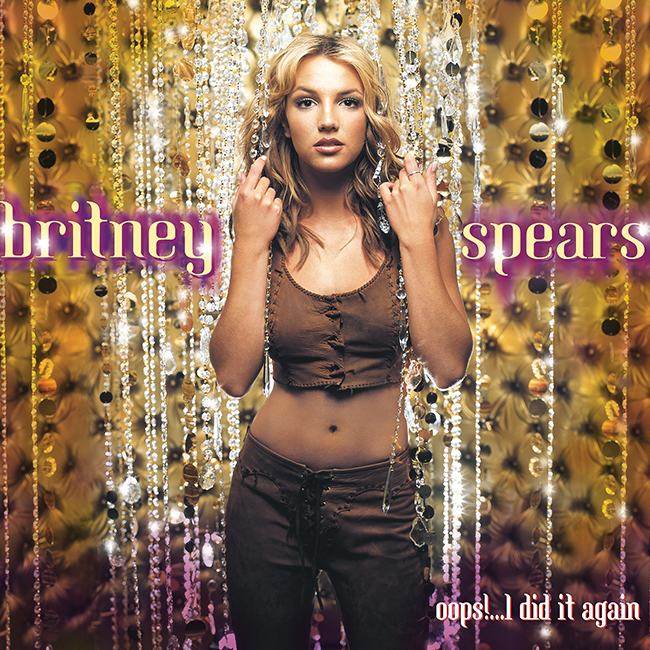 Finally! A sequel that's better than the original.

Britney Spears' sophomore album, Oops!...I Did It Again, dropped 15 years ago, on May 16, 2000, forever changing the landscape not only of millennial pop, but of Spears' trajectory, marking her as Madonna's apparent Queen of Pop successor, as well as a larger-than-life superstar in her own right. The album set a record for the highest album sales in its debut week by any female artist, and subsequently sold over 20 million copies worldwide.

"Oops! percolates with a carefully measured blend of familiar pop/funk, R&B, and power-balladry," Billboardwrote in its original review. "[The album] indicates that she's developing a soulful edge and emotional depth that can't be conjured with a glass-shattering note. ... Oops!... consistently casts Spears as a young woman coming to terms with her inner power -- and that's a darn good message to offer an impressionable audience."

Billboard Music Awards: All Our Coverage

"It was so special," Glee's Heather Morris, who performed many of Spears' songs on the show, told Billboard. "I remember being at my best friend's house and seeing the cover and thinking...I want to BE that! I really think it was the first look at seeing her as a woman. It definitely made me as a 13 year old girl get my first GLIMPSE into wanting to 'grow up,' in whatever way you do in a modern, pop inspired culture."

In honor of the anniversary, we're running down some of the best, possibly forgotten things Oops...I Did It Again gave us:

1. Never forget: There are goofy voicemail messages throughout the album that lead from one song to another for some of the tracks. Exhibit A: The end of "Don't Go Knockin' on My Door." "Ew!" "OMG OMG!" "I know I'm a little picky, but I just know what I want."

2. "What U See (Is What U Get)" is a powerful takedown against a controlling boyfriend.

3. Her cover-art hair game is on-point. Fun fact: Those perfect spiral curls are totally unattainable for anyone who isn't named Britney Spears.

5. Oops is responsible for entering the below dance move into the high school dance pantheon forever.

8. ...Something Britney was clearly dealing with at the moment (WHAT WERE YOU DOING TO HER, JUSTIN TIMBERLAKE?). The prosecution would like to submit into evidence real lyrics from the real song "Where Are You Now": "Where is your heart when I'm not around?" Where are you now? You gotta let me know," Brit croons in that distinctive sexy -- but now also sad -- voice of hers. JUST LET HER KNOW, JUSTIN.

9. Moreso than any other song on the album, "Lucky" has taken on additional resonance for Spears' fans in the years since its release, when Britney appeared on top of the world. In the now-infamous chorus, Britney plaintively sings: "She's so lucky, she's a star/ But she cry, cry, cries in her lonely heart/ Thinking if there's nothing missing in my life/ Then why do these tears come at night?" That's basically the working subtitle of any Britney Spears Lifetime movie about the Dark Days/2007 era.

10. Britney took on the unique music video challenges of playing both herself and Hollywood Superstar Lucky for the music video -- sometimes in the same shot, because ACTING.

11. Second for second, "Stronger" is one of the best pop breakup anthems of the past 20 years, and anyone who argues otherwise is just kidding themselves. Try and listen to just the first "Ohh-yeah-ah-ahh" and not get chills.

12. Not to mention when she flat-out conducts lightning with her finger in the video.

13. Remember: Britney was sexy-dancing with a chair long before Beyonce was in "Drunk in Love" (with a hat tip to Janet Jackson).

14. The entire album provides excellent gym tracks -- which is great, because the album cover and music video outfits are likely to provoke serious ab envy.

15. Always wanted a song that name-checked a major movie moment from a few years back? Oops... Britney has you covered.

Spears performs this weekend, with Iggy Azalea, at Sunday's Billboard Music Awards, kicking off at 8 p.m. ET on ABC.