Here's an interesting defense. Alleged bank robber Dominyk Alfonseca is making the case that he was polite during the crime he's accused of committing.

According to WVEC, Alfonseca was accused of robbing TowneBank at Virginia Beach Town Center. He then posted pictures and video on Instagram showing the note he gave to the bank teller.

He told WVEC, "No threats in it. If you see me in the video or whatever like that, I have a shirt on -- no weapon, no mask -- and she passes me the money."

Alfonseca said to WVEC he didn't want to get the bank teller in trouble, but that "maybe she made a mistake, and I didn't make a mistake."

Alfonseca actually posted the ordeal to Instagram. He says his goal was to draw the attention of certain people but did not say who.

WVEC was able to snag the posts before they were removed. You can see the note he allegedly handed to the teller with two smiley faces drawn on it -- and he even posted the video of the teller putting stacks of money in a bag. 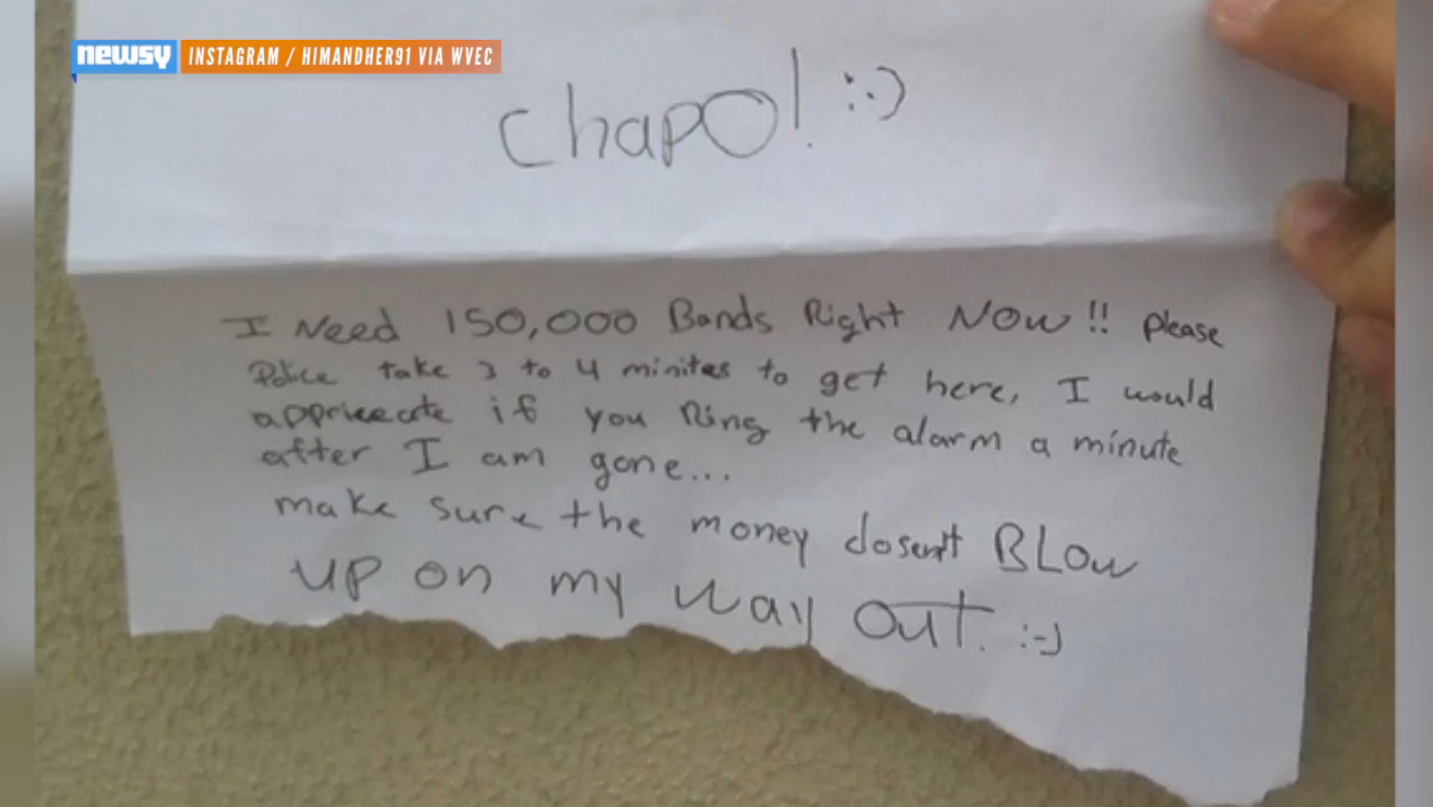 Robin Meade of HLN said sarcastically, "He was nice when he asked for the money."

"Somebody should tell him that's not how it works," Gayle King of CBS said,

Alfonseca is being held without bond for the time being, with a preliminary hearing scheduled for June.

Also on AOL:
Girl, 13, fights off sexual predator in her own home
Veteran claims salon refused service because of service dog
Class of 2015 carves out (unwanted) spot in history