Dick Butkus is loving Pinterest boards -- with a football spin 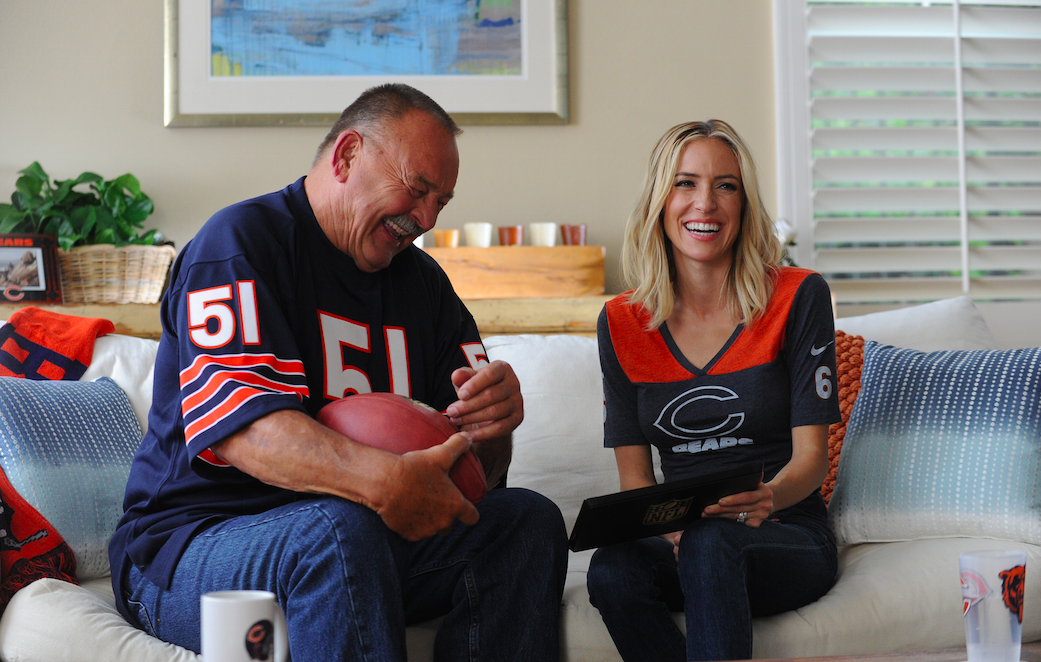 Believe or not, Dick Butkus enjoys using Pinterest. The hulky Chicago Bears Hall of Fame linebacker finds a lot of use in tinkering with a social media vehicle used mostly by women, but he has good reasons.

"Well, to be honest, I really find it very useful," Butkus said. "Especially when it comes to finding things to get my wife."

And, of course, football is a major part of a new-found hobby.

In celebration of the NFL Draft, the NFL launched a series of new official Pinterest boards featuring engaging content for fans of all 32 teams. To support the launch, the NFL has teamed with Kristin Cavallari -- TV personality, fashion designer and wife of Chicago Bears quarterback Jay Cutler -- and Butkus for web videos highlighting the new social platforms.

The Pinterest boards will feature a wide range of content to appeal to fans of all 32 teams. A sampling of boards include:

In addition to raving about the engaging Pinterest boards, Butkus discussed some hot football topics, one of which was the NFL Draft. Butkus spent the past year examining some of the brightest collegiate stars, yet still couldn't decipher which top-notch quarterback would turn out to be a better pick for the Buccaneers and Titans.

When asked between top overall pick Jameis Winston and second selection Marcus Mariota, Butkus couldn't come away with a conclusion. "I really can't decide. Both are so talented and I really think both could have very bright futures."