From homeless to Harvard, how a woman crowdfunded her tuition

To say Tonika Morgan has had a rough life is an understatement. When she was just 14, the Toronto-native left home only to find herself homeless for 4 years, sleeping in shelters and on benches. On top of that, she was kicked out of high school for lack of attendance.

Morgan quickly turned her life around, going back to college and attending Ryerson, one of the most prominent universities in Canada, and founding the non-profit organization The Beat Academy.

But flash forward to present day when she faces her biggest challenge yet: paying for a college education. The 32 year old was accepted into a one-years master's program at Harvard but lacked the resources to pay for her hefty bill of approximately $71,000 (including the $43,280 tuition rate). As she explains, "There are no scholarships for people like me to attend Harvard University-probably because nobody ever expects people (formerly homeless with an unusual academic path and too young to be considered mid-career) like me to attend a school like Harvard." Being an international student was an impossible hurdle to overcome, as no financial aid or scholarships would be available to her. 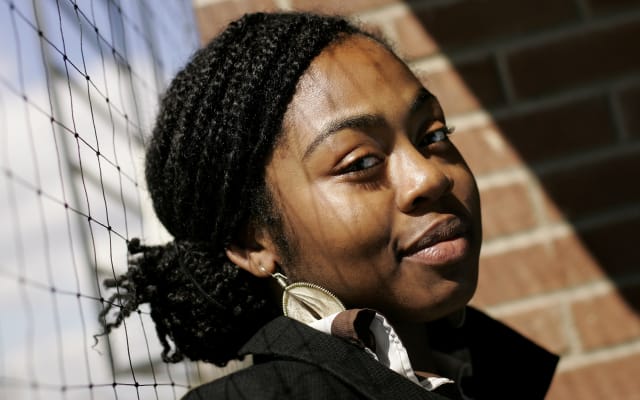 Joining the ranks of other desperate college students, Morgan built herself a crowdfunding page on the popular site GoFundMe, hoping that the generosity of others could help her reach her goal. After local media publicized the page last week, nearly $93,000 dollars has been fundraised.

But Tonika Morgan knows that being able to go to her Harvard is not without the help of others who are helping her fulfill a dream of a lifetime.

"I have to say that this has been quite emotional for me. I have shared hugs, tears of joy and laughter with the beautiful souls who have noticed me on the street. I've never felt more supported and connected to anyone the way I have felt since this campaign started."