In a bold statement about confronting prejudices, Switzerland's Vangardist magazine has printed the cover of its May 2015 issue using HIV positive blood.

The men's monthly magazine partnered with Saatchi & Saatchi Switzerland to make 3,000 copies of the special edition.

The agency's executive creative director said, "There's been an 80 percent increase in HIV in the last 10 years ... The reason why that's happening is people just aren't talking about it anymore."

Through the magazine, its creators hope to encourage more discussions on the disease. 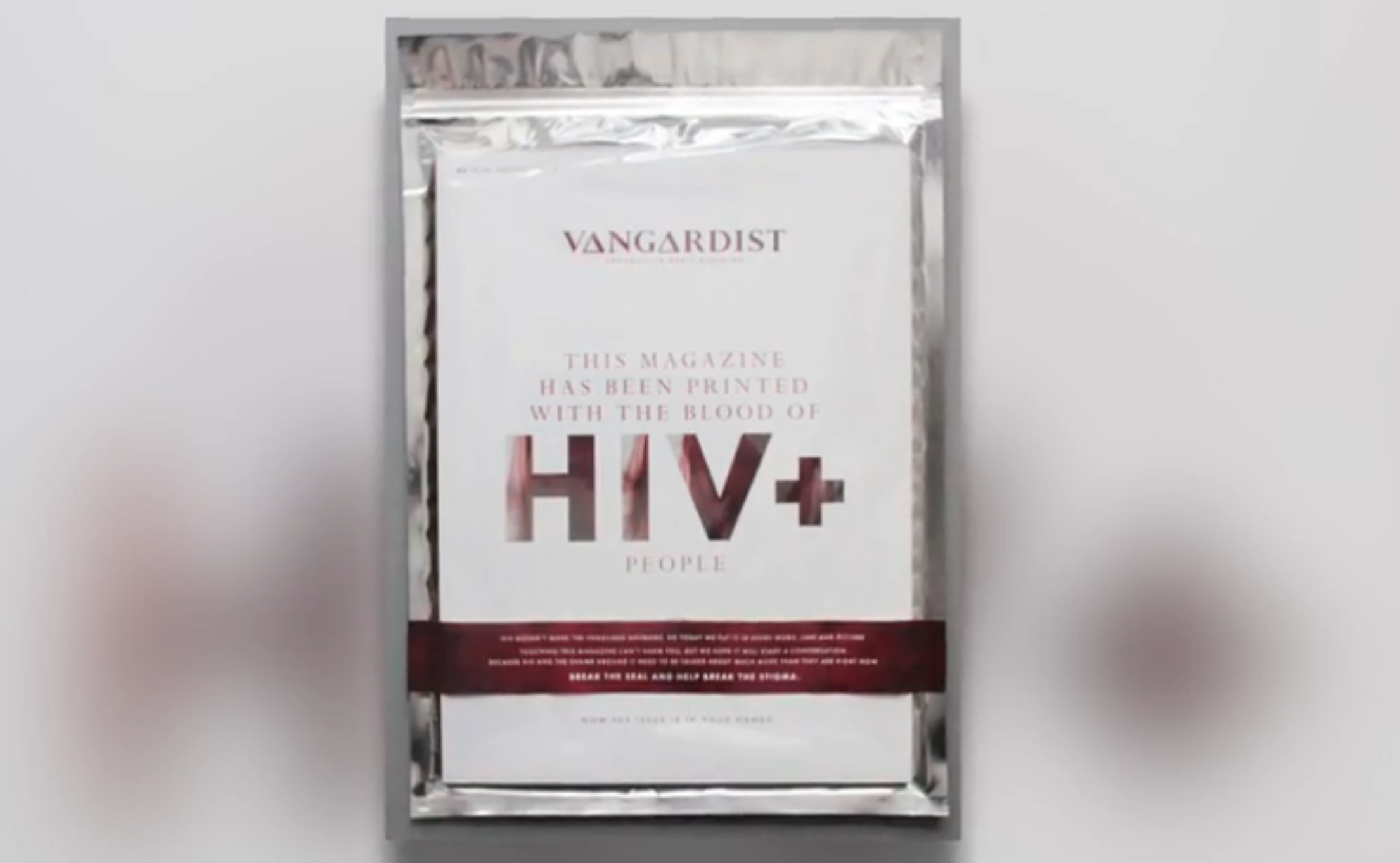 The issue comes wrapped in a plastic bag, the label on which reads, "Break the seal and help break the stigma."

Production involved taking the blood of three people who've been diagnosed with the virus and mixing it in with the ink.

Assurances have been given that the cover presents no health risks. As an extra precaution, the blood was sent to a lab and pasteurized prior to being laid on the page.

Limited quantities of the edition are available on the magazine's website.

There are plans to auction off additional copies in the future to raise money for HIV-related causes and organizations.
National Prevalence of HIV/AIDS by Year | HealthGrove
More to see:
Student charged with lacing teacher's coffee with saline
US shuts down Ebola treatment center in Liberia
Taylor Swift grants wish for fan battling cancer
Read Full Story