Royally stumped: What to do after the arrival of baby #2

By: What Would Kate Do

As Prince William remarked during his engagement with Catherine at the end of March, having a second child is "a game-changer." Just as you think you've finally got everything under control for your first child (He's sleeping through the night! He has a wonderful routine that he follows with minimal complaint! He has some words to tell me what he wants rather than screaming/crying at me!), along comes the second one and you not only start over again with baby 2.0, but life with baby 1.0 gets shaky as well. How can a parent prepare and plan for this upheaval? Wait a minute...can a parent plan for this?! 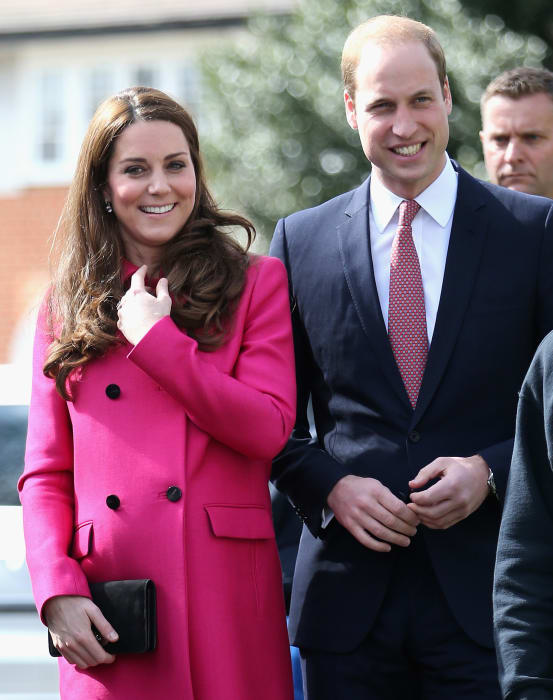 The Best of Times

Have any of you seen those First Kid/Second Kid commercials for Luvs diapers? I think they aired in late 2013, soon after I had my second child, and I giggled at this great series of ads because each one rang true for me. These commercials perfectly encapsulate one of the best differences experienced as a parent of a second child, namely, LESS ANXIETY. In one of the ads, the mom is preparing to take her baby (her "first kid") out for a walk and is loading everything but the kitchen sink into the stroller (yes, you must pack four umbrellas in case the Storm of the Century strikes), but for the second child she simply grabs the baby and a diaper and saunters out the door. With my second child, I've noticed that I'm not as worried about "doing the wrong thing" all the time or so concerned that there is something that I'm supposed to be doing that I'm not. Instead, I'm able to be more relaxed and present with my little one. I'm able to feel a sense of mastery in being "Mom" that I didn't feel before.

Another of the positive changes I experienced after having my second child was how easy everything seemed. I already knew how to feed, swaddle, bathe, and change an infant so didn't have to re-learn these complicated maneuvers while sleep-deprived and hormonally out-of-whack. I also remembered the routines and schedules I had implemented for my first child, so could easily reinstate these for my second child or map them upon the current routines of my first child, rather than completely create something new...that may or may not be the right thing to do because I don't know what I'm doing and what if my child never sleeps again and why aren't babies born with instructions (see LESS ANXIETY, above). 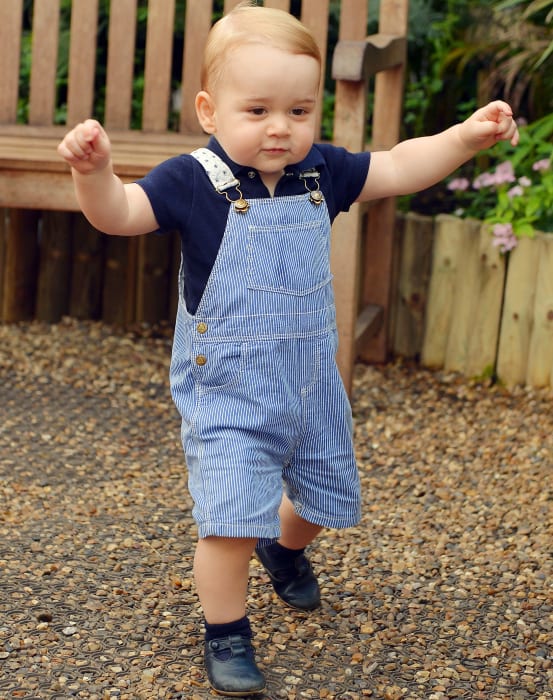 Having a second child also enables you to appreciate the differences between children. I couldn't tell you how many baby books and childrearing books I read while pregnant and during the infancy of my first child. I would freak out every time my little guy would do something different from what was described in those books (ignoring the fact that all of those books contradict each other). By the time my little girl was born, I had tossed out all of the books (Every. Single. One) and instead have been able to enjoy the many differences my children have, not only from each other, but from all other children. They like different foods, have different sleeping patterns, reach developmental milestones at different rates, and I am blessedly secure in the knowledge that there is nothing wrong with either of them.

Finally, nothing can compare with the joy of seeing my kids interact well with each other. Seeing my son help his little sister when she feels frustrated, my daughter sweetly giving her big brother one of her toys, or the two of them laughing while riding together in their car seats in the back of the car just makes my heart sing. They are friends and playmates and siblings for life, and I hold on to the joy of those moments whenever I need to face the challenges that inevitably come. 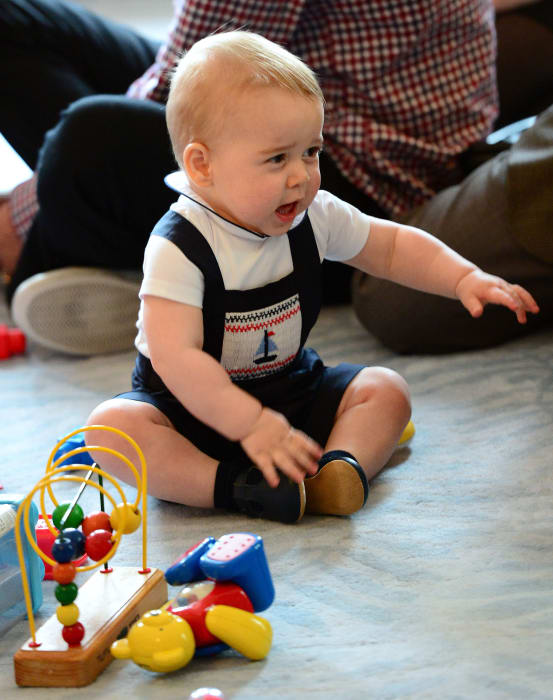 The Worst of Times

The age difference (about four years) between my children is a bit more than it will be for Prince George and his sibling, but one of the most memorable things my son said during my second pregnancy was wondering whether or not our new baby's parents were also in my tummy along with the baby! A clear case of wishful thinking on my son's part, but a good indicator that children really don't understand what it means to have a new baby come in the home, no matter what kind of preparation you do. In light of this, when the new baby does come home, it makes sense that it's a rough adjustment for the older child. The only way to prepare here is to expect that there will be a rocky period for your first child and to know that it's normal. However, exactly what this rocky period will look like is more uncertain, as it depends on the child. Some children tantrum more often, some become more clingy or more defiant. Some older children who are fully potty-trained regress and have a short period of wetting the bed or having accidents. Remember that it is an adjustment phase, and you all will get through it!

Parenting with two children is a different skill set as well. With my first child, my husband and I would either both be with our son or we would take turns. This would enable our son to get lots of attention from us, and enable us to get a good amount of time to do what we needed to do (aka have adult time). With two children, this just doesn't happen. Instead of taking turns, child care turns more into a "divide and conquer" mentality, and each of you are watching one child, usually because both kids are on different schedules (i.e. the toddler has a friend's birthday party to attend during the baby's nap). In turn, this translates to less of a break for the parents, more parental fatigue, and more marital stress. This is the stage in life when you start thinking that falling asleep at 9:00pm sounds like a great idea because you're THAT tired. Good luck, friends.

I have to add that probably the most difficult part of having two children is sibling rivalry. Luckily for William and Kate, this most likely won't rear its ugly head for a year or so, but when it does, it's nasty. As heartwarming and awesome as it is to see your kids treat each other with love and kindness, it can be equally as unpleasant and painful to see your children squabble and needle each other. Children can be mean to each other, and siblings are especially good at provoking one another to get a reaction. Parenting fairly, teaching about being gentle and kind to each other over and over and over again, and understanding that jealousy can be expressed in appropriate ways are all good starts to nipping sibling rivalry in the bud. If you have any additional tips on helping siblings get along, please feel free to share! 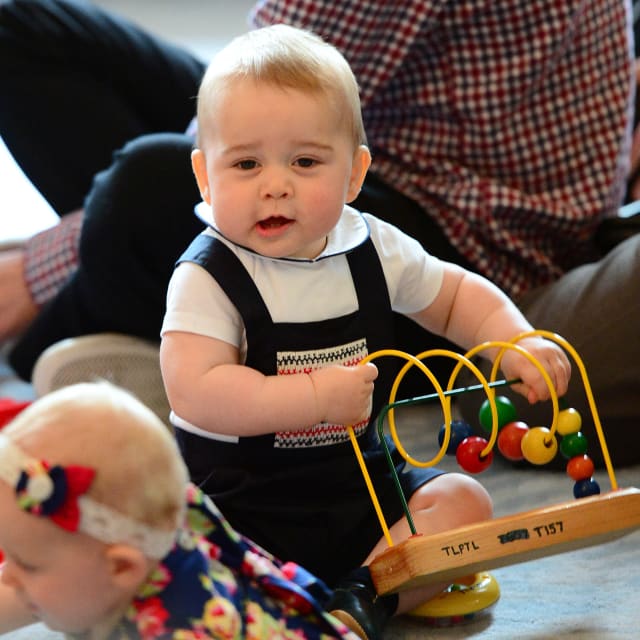 So how can William and Kate cope with their new arrival and the cheerful chaos he or she will bring? As always, a good support system is crucial. Open and clear communication with your spouse or partner in parenting decisions is paramount, so that both parents feel included in the parenting choices and stresses. Help from family members, a nanny or a babysitter (if you are financially able) can also help with this crazy time when routines are all over the place, no one is sleeping well, and everyone is trying to adjust to this new family reality.

Lastly, remember to take time for yourself when you can. Life is much busier and your time isn't really your own anymore, but try to find five or ten minutes in which you can close your eyes and picture the twenty little fingers and twenty little toes of the lovebugs who bring you joy. 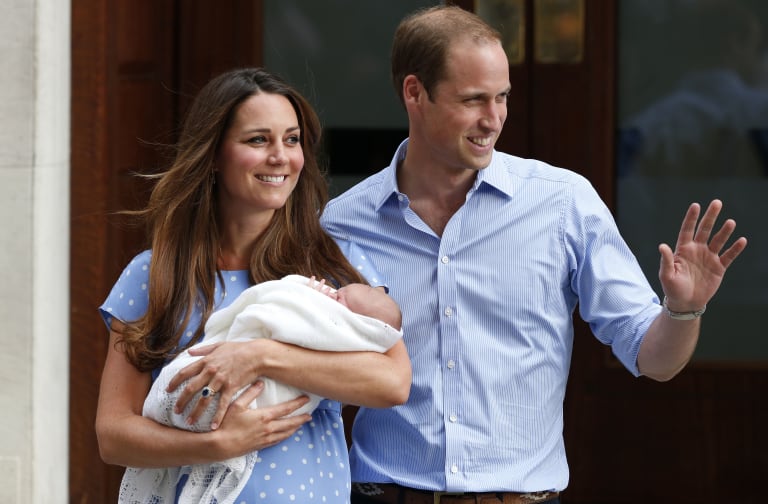 Kate, Will, and Prince George: