Pizza delivery guy gets strange order, ends up at a party of one

A pizza place in California got an unusual request on one order -- apparently somebody wanted them to send their "cutest delivery boy."

The Daily Mirror reported that a person working at the restaurant recently shared the story on imgur.com.

The special request read, "Send us your cutest delivery boy. Tell me I'm pret." The "pret" must have meant "pretty." 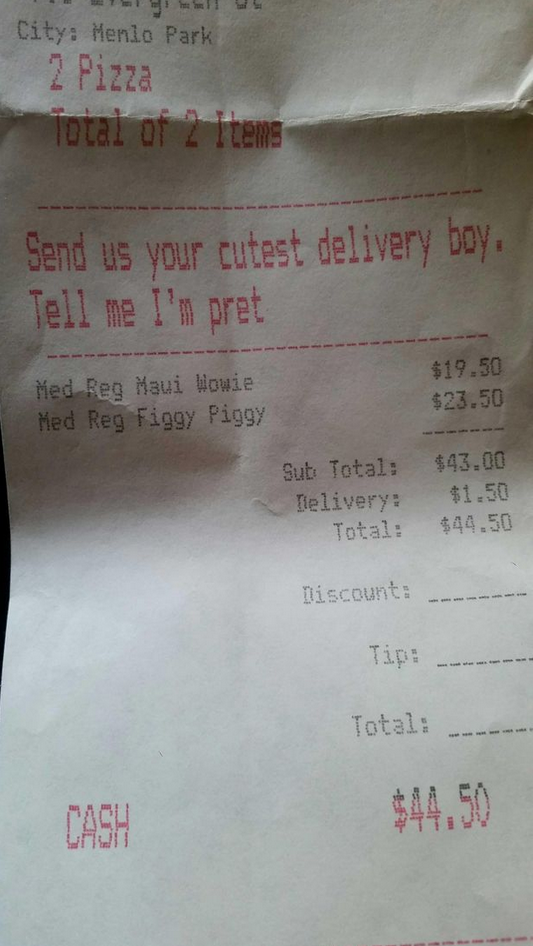 The delivery boy said he thought he was going to a drunken party. But when he showed up, it turned out to be something much different.

There was a birthday party with balloons. But nobody was there except for one girl.

She invited him in and told him she threw a birthday party and nobody showed up. He said they had a piece of cake and hung out for about an hour.

He eventually left, wishing her a happy birthday and telling her she was pretty. Unfortunately, when he returned to his job, there was a written warning for taking so long.

What does your pizza order say about you?

3 PHOTOS
What your favorite pizza says about you
See Gallery

Pizza delivery guy gets strange order, ends up at a party of one