A Downtown Los Angeles traffic sign was hacked, conveying a much different message for drivers.

As LA Weekly reports, a LED traffic sign generally used to alert drivers of construction up ahead was somehow hacked and programmed to display, "Read a f***ing book."

A spokesperson for Traffic Management Incorporated, the company that owns the sign, said whoever changed the sign most likely physically broke into sign, though it's possible it was manipulated via wifi.

While the identity of the hacker is still unclear, it's apparent that many passersby got a kick out of it. Some even took a moment to pose with the traffic sign.

This is not the first time that a sign was mischievously altered or placed in the middle of a city. According to the A.V. Club, a prank road sign in a small town in Norway instructed pedestrians to cross the street doing a Monty Python-style silly walk. The mayor of the town found the signs to be funny, saying he didn't mind the silliness.

As for the Los Angeles street sign, it is now back to displaying its original construction warning. 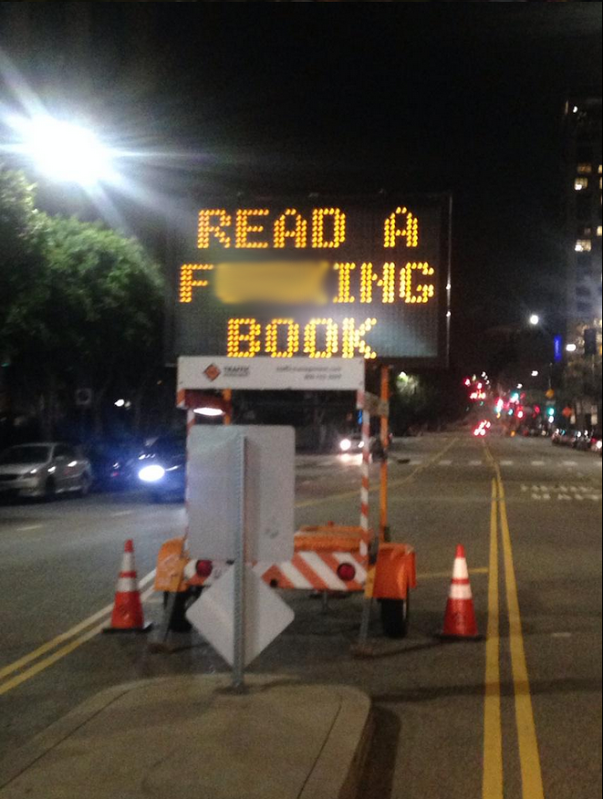