Teens under fire for posing in KKK-like outfits on Instagram

A number of North Carolina teen girls are in the middle of a controversy after posting an image on Instagram wearing KKK-like outfits.

The image features six Nash Central High School students wearing white cone hats and white clothing while posing with gun gestures. It was posted online back in November, just two days after a grand jury decided not to indict officer Darren Wilson for the shooting of unarmed teen Michael Frown in Ferguson, Missouri. 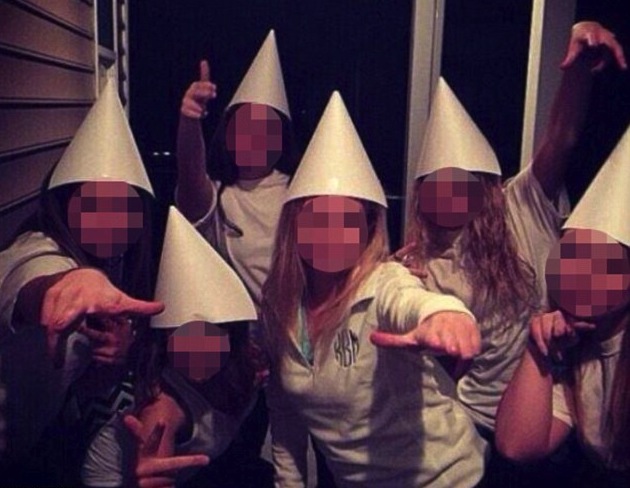 As WTVD reports, many members of the Rocky Mount community were rightfully upset.

The school launched an investigation to learn the intent behind the photograph, but because the Instagram post was taken after school hours off school property, there is little they can do to punish the girls. Nash County Sheriff Keith Stone told WRAL no laws have been broken and the girls didn't mean any harm.

For the time being, the six students are being escorted to classes until the controversy settles.