Eat your heart out, Don Johnson.

We've got your car -- or at least, that's what you could be saying if you're willing to fork over nearly $2 million for a Ferrari. If you're a child of the '80s or a car fan, you know what we're talking about. 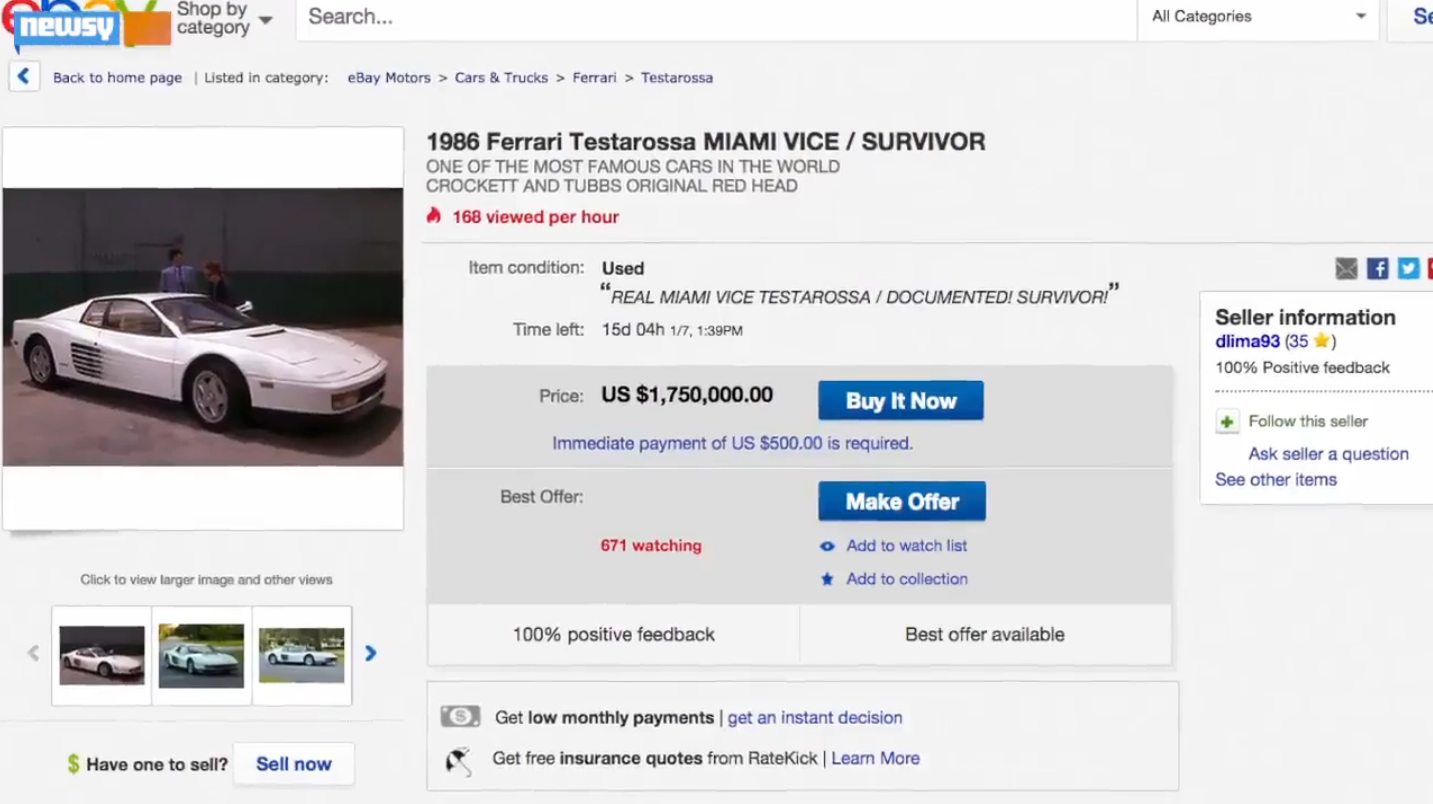 Yes, the 'Miami Vice' Ferrari Testarossa is on sale, even if Fox and Friends noted an apparent unwillingness to match the asking price.

It's currently on sale on eBay. So far, no bids, but you could all change that," said Fox News' anchor.

It is a hefty price from the person who put the Testarossa up on eBay. It's listed at $1.75 million and while there aren't any offers just yet, nearly 700 people have it on their watch list.

The owner says they have the documentation to prove this is one of just two cars used on the Miami Vice show.

Testarossas, as a spokesman for Automotive Media Group put it, helped define the term "super car." The current owner of the Vice car says the director chose white as its color because cameras in the '80s wouldn't pick up black for the show's chase scenes at night.

You still have plenty of time if you're interested in throwing down a bid. The eBay auction is set to end on January 7th.

Also on AOL:
Woman is 'all shook up' by value of her Elvis Presley cutout
A rare silver dollar is worth big bucks on 'Pawn Stars'
Babe Ruth hat sells for $303,000 at auction
Read Full Story