Zombie busted twice for DWI in only three hours 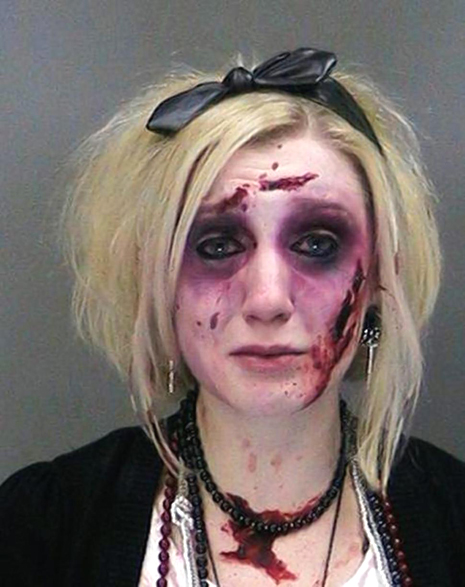 Catherine Butler, 26, of Rochester, was pulled over twice Saturday morning for drunk driving in a three-hour span.

Butler was first pulled over at 2:00 a.m. while leaving a Halloween party, according to The Smoking Gun.

She failed to turn on her headlights.

The drunk zombie was then released into the custody of a friend before the fuzz busted her again.

Butler was arrested at 5:00 a.m. because her vehicle was swerving.

Three hours, two DWI charges and a spectacular mug shot made for a frightful morning.