A New Jersey inventory clerk for Sears was arrested Friday on suspicion of placing fake orders and then exchanging the goods for cash or services from people around the tristate area. 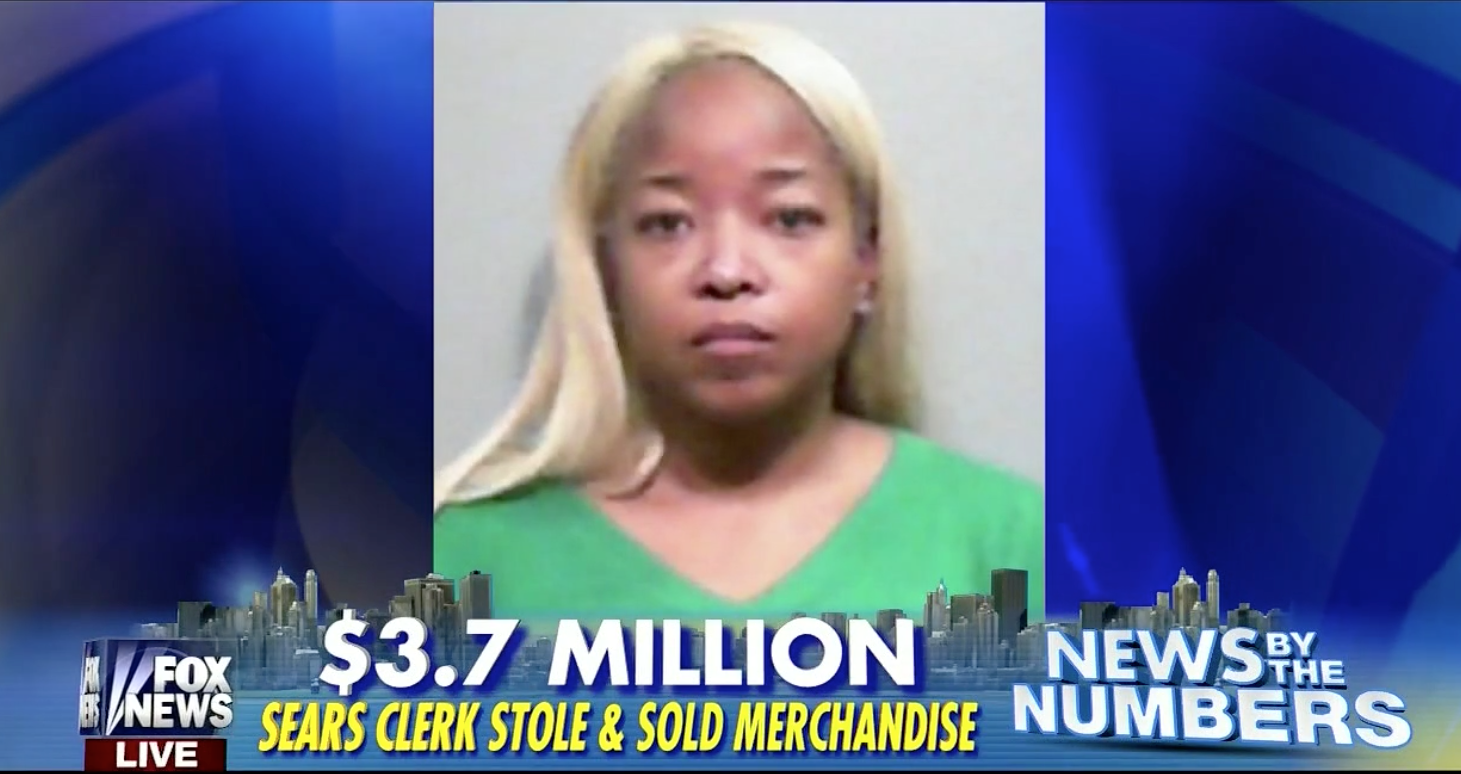 This wasn't just a one-time distribution -- police believe she'd been stealing from the store for nearly two and a half years. Multiple outlets are reporting the retail value for the goods totaled about $3.7 million.

Naturally, this large sum has attracted a lot of attention. Fox News anchors took note during the "News by the Numbers" segment Tuesday morning.

Brian Kilmeade from FOX NEWS reported: "She later resold the goods for profit."

Police say the investigation is still underway. Capt. Robert Leash of the Logan Township Police Department says: "We know she had a network. She didn't do this alone, and these people knew they were receiving stolen goods."

Watson was charged with second-degree theft and is being held in county jail on a $50,000 bail.