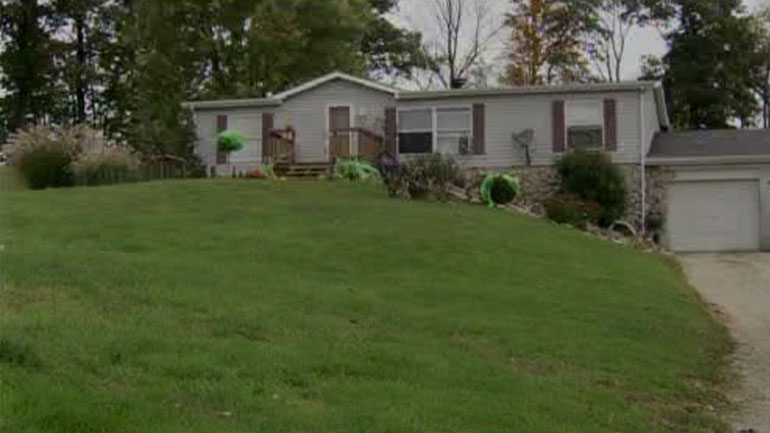 Horrific abuse charges have been leveled against the foster mother of a young Pennsylvania girl.

Rana Cooper, 46, of Avella, faces a litany of accusations including, but not limited to, beating, starving and suffocating her adopted daughter. She also forced the child to eat cat litter and toothpaste and even tried to sew the girl's mouth shut, police said.

Authorities arrested Cooper in May, KDKA reported. She was brought into custody after Child Protective Services became aware of the alleged mistreatment.

The child told police of the horrific torture she endured at the hands of the demented woman after being adopted in 2008, according to an affidavit obtained by AOL News.

Cooper tried to sew the girl's mouth shut with a needle and thread, but stopped the procedure after piercing the child's lip, police said. She then threatened the girl with having her mouth sewn shut and tongue cut out several times after the incident.

The child was also forced to eat used cat litter and to scrape her finger around the rim of a toilet bowl and "eat what was on her finger," the filing said.

Cooper forced the girl to eat half a tube of toothpaste at least four times, said authorities. She also sat on the young victim "numerous times" until the "child was not able to breathe."

When told by her husband that he was leaving the family, Cooper blamed the girl, grabbed her by the neck, twisted the neck, bit her nose until it bled, threw her to the ground and punched her in the face, the child told police.

The child was often not allowed to eat until after the other family members, she claimed.

When alone with her mother, the woman would force the innocent youngster "shovel the food quickly into her mouth {and} make the child tell mother that she was eating one of her brothers," according to the police report.

A family dog bit the girl, but Cooper refused to take her to the hospital until she "earned points" cleaning the house, sources told the Observer-Reporter.

Cooper is also accused of jamming Q-tips into the child's left ear so hard it bled. The girl claims to be unable to hear out of her left ear as well as she does from the right ear.

Other forms of abuse included Cooper bashing the girl in the face with a belt buckle, holding her head underwater for as long as 10 seconds and spitting on her, the child told investigators.
Cooper is even accused of trying so hard to gouge the girl's eyes out that she popped vessels in her eyeballs.

If she misbehaved, the girl was forced to stand barefoot in a corner with drywall screws under her feet, she claimed.

The child was rescued from Cooper's house of horrors in May.

It is not clear how signs of abuse were not picked up on sooner by school staff. An AOL News attempt to reach school officials was not successful.

Child Protective Services declined to comment on the matter.

The Pennsylvania State Police did not return multiple requests left for comment.