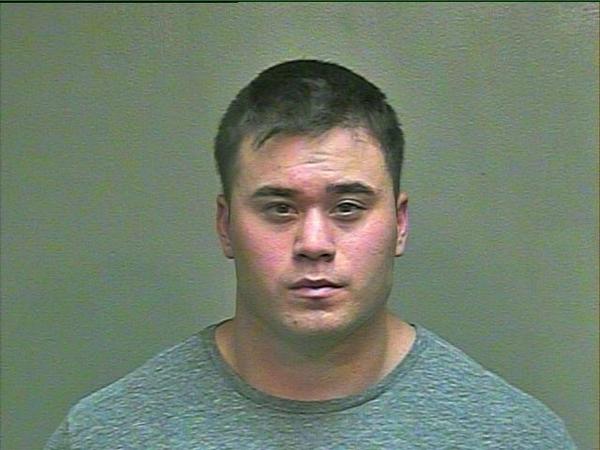 An Oklahoma City police officer has been arrested on rape, sodomy and sexual battery charges for acts committed during traffic stops.

The arrest of Daniel Holtzclaw, 27 and on the force since 2011, was announced during a Thursday afternoon press conference. Police Chief Bill Citty called him a "serial rapist."

Authorities know of at least seven women he sexually assaulted while on duty, Citty said, but acknowledged there may be several more victims who have yet to come forward.

The allegedly crooked cop was taken into custody Thursday morning in the parking lot of a Gold's Gym.

Holtzclaw's actions "taint all of us," said Citty.

The despondent top cop explained that Holtzclaw would "require" women to undress during stops and then forced them to perform sexual acts on him.

Citty said Holtzclaw raped at least one of his victims.

The first complaints began coming in during the month of June, Citty said, and cops then found other cases after pouring over records.

The former high school football star was featured only last year in an Enid News and Eagle article touting his prowess both on the field and off it.

"I've been in a couple of high-speed chases" Holtzclaw told the paper. "It's been fun."

The accused rapist also talked about his love of being out on the street instead of in an office.

"I like it because it's not a behind-the-desk job," Holtzclaw said. "It's not the same routine every day. One day I am helping citizens, and the next day you are in a foot chase or a high-speed pursuit. It's what you make of it. You can be a stereotypical cop or find felons and drugs."

He is being held in Oklahoma County jail on a $5 million bond.