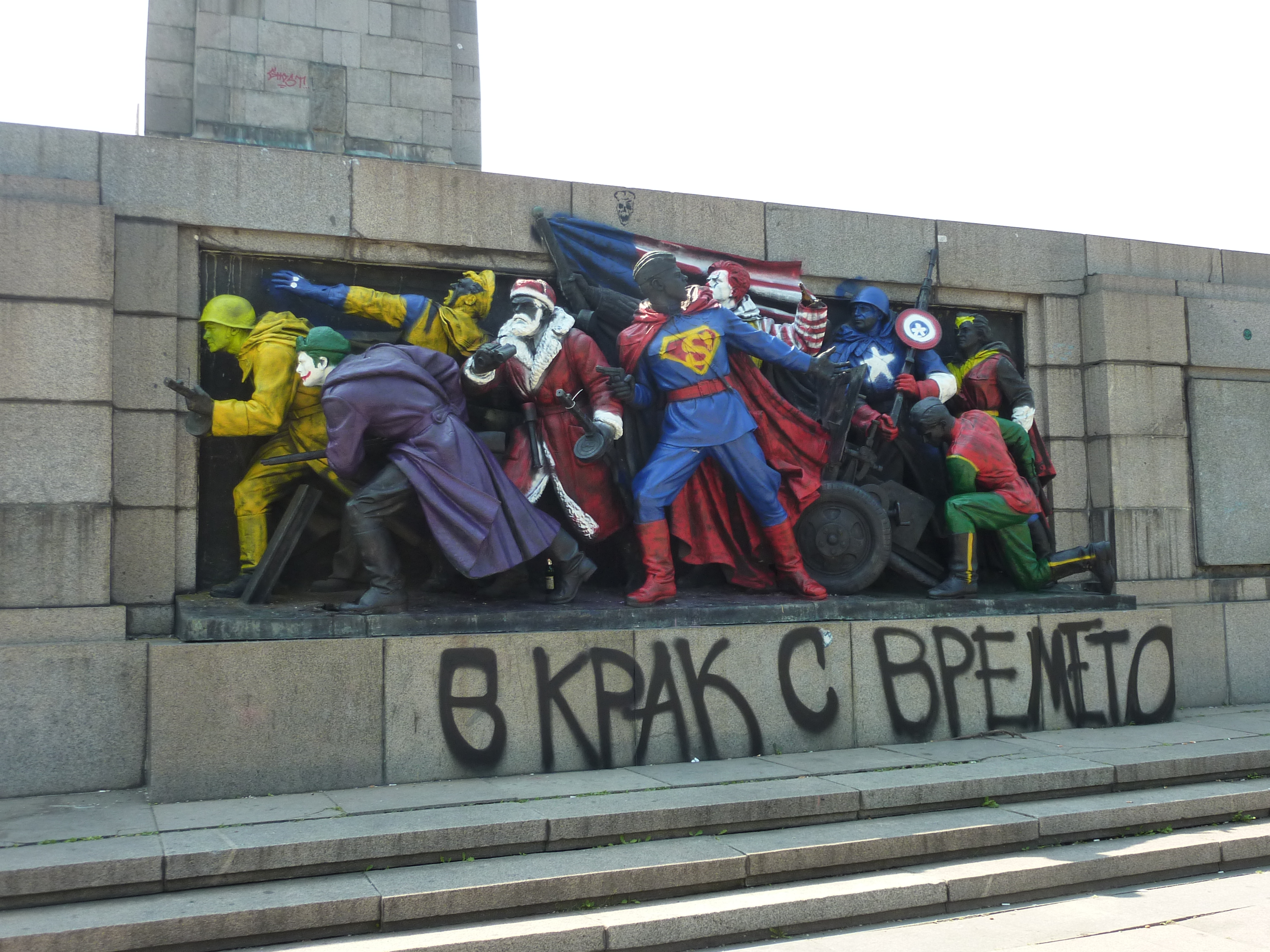 Russian officials are enraged over Bulgarians vandalizing Soviet-era monuments to look like superheroes and other Western characters.

Multiple monuments in the capitol Sofia have been spray painted to resemble Super Man, Captain America, the Joker, Santa Claus and even Ronald McDonald.

The vandalism has been going on for at least three years, but the Russian Embassy only recently asked Bulgaria to take "exhaustive measures" against the touch-ups, according to the Moscow Times.

Russia wants the monuments cleaned, the vandals identified and punished and for further graffiti to be stopped.

Other similar acts included the painting of another monument in the colors of the Ukrainian flag earlier this year, according to the paper.

Another monument received an "artistic apology" makeover last August in response to the country's support of Soviet troops in their putting down of a Cold War-era rebellion in Prague.

There is no word on what action, if any, the Bulgarian government plans to take.