Robin Williams' death was given special tribute on the August 11 episode of 'Conan' - watch Conan O'Brien break the news to his audience.

Comedy legend that he was, it's only fitting that Conan O'Brien, 51, took a moment on the August 11 episode of Conan to pay special tribute to the life and death of Robin Williams, 63, who was found that same day of apparent suicide. Check out the video for Conan's heartbroken tribute.

Taped several hours prior to its 11pm ET airing, Conan and his staff learned of Robin's death during the August 11 taping of Conan. To many - or perhaps all - in the audience, it was the first they'd hear of Robin's death.

What followed was a halting, heartbreaking tribute of sorts to Robin by Conan, guest Will Arnett, 44, and sidekick Andy Richter, 47. 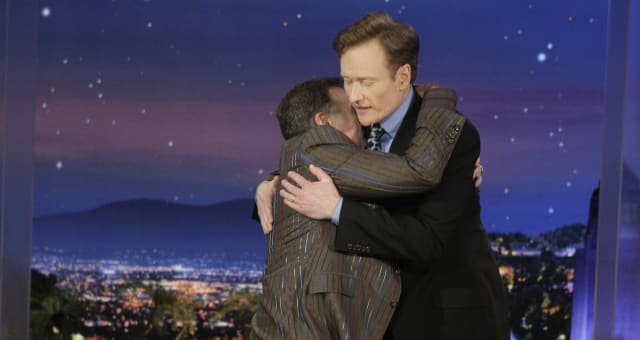 "This is unusual and upsetting," Conan began, "but we got some news during the show that Robin Williams has passed away. [...] This is absolutely shocking and horrifying and so upsetting on every level."

Andy chimed in, too, to add that Robin "was an amazingly kind and generous person and it's got to be a terrible time for his family, and our thoughts go out to them."

"As funny as he was, he's truly one of the all-time greats," said Will. "He was even better as a person. He was even more fantastic... just one of the loveliest, sweetest, kindest guys that I've ever worked with. Just such a soft, warm, emotionally sweet guy, and it's a major, major loss for everybody."

Will Arnett: Robin Williams Was 'Truly One Of The All-Time Greats. He Was Even Better As A Person'

"We're just processing this information literally right at this moment," Conan apologized. "We're thinking of Robin's family, of everybody he reached around the world throughout his life, and we're thinking about Robin tonight. 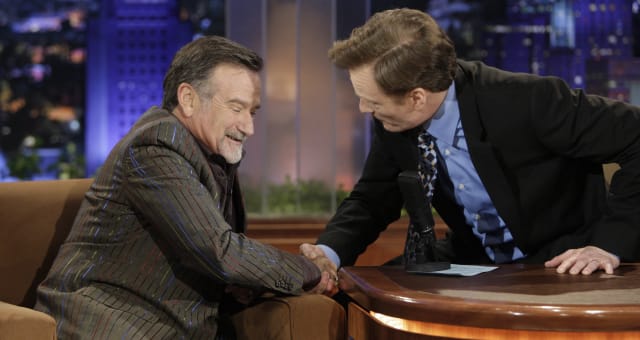 "We're so very sorry to have to report this to anybody who's hearing it for the first time. We're going to end our show now and thank all my guests, and goodnight, and God bless Robin Williams."

So, so sad. Watch the video above for Conan's full tribute.

Robin was found in his Northern California home on August 11, dead of asphyxiation. Early reports are suggesting suicide. Robin's only daughter, Zelda Williams, 25, is totally devastated and inconsolable, according to a HollywoodLife.com source. Late on August 11, Zelda tweeted a message of love to her late father.

Robin was clearly very loved; our thoughts are also with Robin's family during this difficult time.

If you, or someone you know, is experiencing suicidal ideation, please call the National Suicide Prevention Hotline at 1-800-273-8255; operators are available 24/7.