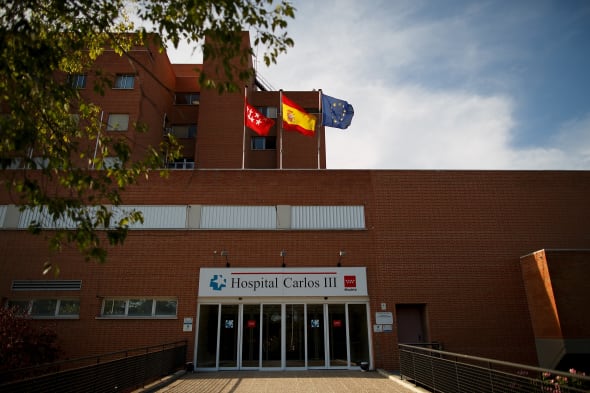 MADRID (AP) - A Spanish missionary priest who tested positive for the Ebola virus has landed in Spain on a flight from Liberia on Thursday, the Defense Ministry said.

The priest, Miguel Pajares, was helping to treat people infected with Ebola and was one of three who tested positive at the San Jose de Monrovia Hospital in Liberia earlier this week.

Juliana Bohi, an Equatorial Guinean nun with Spanish nationality who worked with him in Liberia, was also brought back but she is not infected. Both worked for the San Juan de Dios hospital order, a Catholic humanitarian group that runs hospitals around the world.

It is the first time that someone infected with Ebola will be treated in Spain.

The ministry said the medically equipped Airbus 310 carrying Pajares landed at 8.15 (0615) GMT) Thursday at Torrejon air base, close to Madrid.

The other two infected aid workers were identified as Chantal Pascaline Mutwamene of Congo and Paciencia Melgar from Equatorial Guinea. Bohi and two other missionaries working at the hospital tested negative.