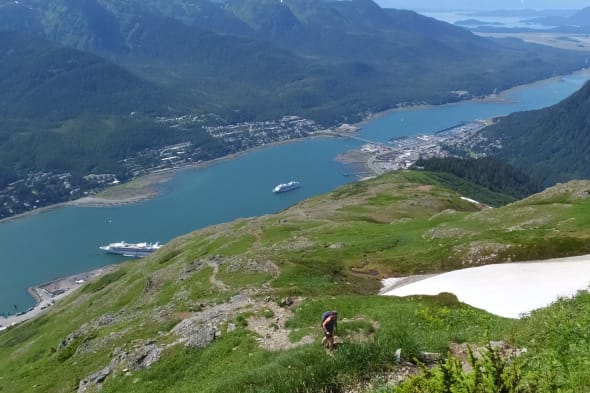 (Reuters) - An earthquake with a magnitude of 5.9 struck on the coast of Alaska early on Friday, shaking people awake in the state capital city of Juneau but causing little, if any, damage, officials said.

"We don't think there is any damage, though it was felt in Juneau," said Jessica Turner, a geophysicist at the National Earthquake Information Center, which is part of the U.S. Geological Survey (USGS).

Local police also said there were no immediate damage reports. The USGS said the quake's epicenter was 81 kilometers, or 50 miles, west of Gustavus, Alaska, and was 10 kilometers, or 6 miles, deep. It was about 158 kilometers, or 98 miles, west of Juneau. The quake hit at 2:54 a.m. and was the largest of a series early Friday in the region. Aftershocks are likely to occur throughout the day, Turner said.

The quake was first reported as 6.1 but updated information put the magnitude at a 5.9 magnitude, Turner said. "We are still getting data in," she said.

There have been 13 earthquakes in Alaska in the last 24 hours, she said. The 5.9 quake was the largest.