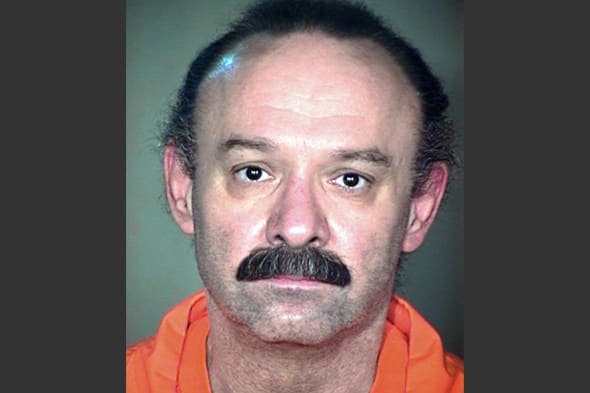 FLORENCE, Ariz. (AP) -- Joseph Rudolph Wood looked around the death chamber and glanced at the doctors as they made preparations for his execution, locating the proper veins and inserting two lines into his arms.

Wood then uttered his final words, smiled at the victim's family members and made eye contact with a deacon. Just after declaring that he was at peace with his death, he smiled at the deacon, but for a second, a subtle look of panic took over his face.

About 10 minutes later, the gasping began.

Wood's jaw dropped, his chest expanded, and he let out a gasp. The gasps repeated every five to 12 seconds. They went on and on, hundreds of times. An administrator checked on him a half-dozen times. He could be heard snoring loudly when an administrator turned on a microphone to inform the gallery that Wood was still sedated, despite the audible sounds.

As the episode dragged on, Wood's lawyers frantically drew up an emergency legal appeal, asking federal and state courts to step in and stop the execution.

"He has been gasping for more than an hour," the lawyers pleaded in their filings. "He is still alive."

The Arizona Supreme Court convened an impromptu telephone hearing with a defense lawyer and attorney for the state to decide what to do.

It took one hour and 57 minutes for the execution to be completed, and Wood was gasping for more than an hour and a half of that time.

The execution quickly re-ignited the death penalty debate as critics denounced it as cruel and unusual punishment and said it raised grave questions about the two-drug combination Arizona uses for lethal injections. Wood had waged an intense, last-minute legal battle that challenged the state over key information about who supplies the drugs and how they are administered.

Wood was convicted of murdering Debbie Dietz and her father, Gene Dietz, in 1989 at a Tucson auto repair shop. Minutes after the execution, the victims' family members spoke to the media.

Her husband, Richard Brown, had a similar thought.

"This man conducted a horrifying murder and you guys are going, `let's worry about the drugs,'" said Richard Brown. "Why didn't they give him a bullet? Why didn't we give him Drano?"

About an hour and a half after the execution, Gov. Jan Brewer said she had ordered the Corrections Department to conduct a full review of the process. She added that she believed Wood "died in a lawful manner, and by eyewitness and medical accounts he did not suffer."

"This is in stark comparison to the gruesome, vicious suffering that he inflicted on his two victims - and the lifetime of suffering he has caused their family," Brewer said.