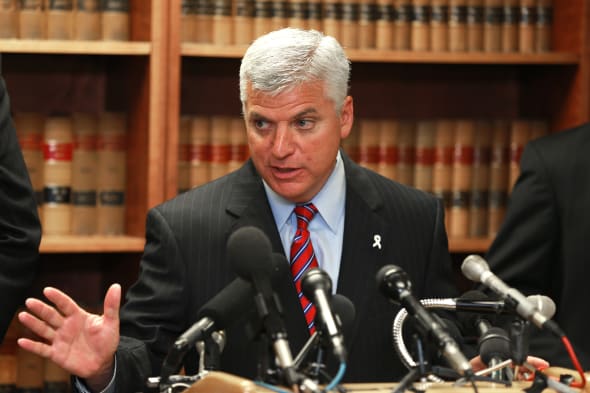 (Reuters) - An investigation into a former Massachusetts funeral-home operator has turned grisly, with authorities discovering 12 bodies at a storage unit outside Boston leased by the man, Joseph O'Donnell, authorities said.

That came a day after police found cremated remains in a storage unit rented by the man in Somerville, just north of Boston.

O'Donnell, 55, was arrested in April and charged with two counts of larceny after he accepted $12,000 in pre-payment funds from a family planning a funeral but then closed his funeral home business and was unable to provide either services or return the money, according to prosecutors.

He is being held on those charges, to which he pleaded not guilty.

Prosecutors said they did not believe the people whose bodies were recovered were the victims of violence. They said they were working to identify the bodies and to notify family members.

"Our top priority right now is determining the identity of the remains we've discovered," Conley said. "We've seized records and documents that could help us locate those people's families, but this will be a time- and labor-intensive task."