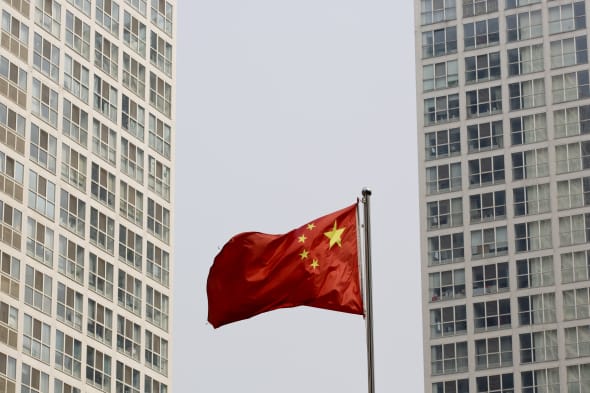 WASHINGTON (AP) -- Chinese hackers broke into the computer networks of the U.S. Office of Personnel Management earlier this year with the intention of accessing the files of tens of thousands of federal employees who had applied for top-secret security clearances, according to The New York Times.

Senior U.S. officials say the hackers gained access to some of the agency's databases in March before the threat was detected and blocked, the Times reported in an article posted on its website Wednesday night. How far the hackers penetrated the agency's systems was not yet clear, the newspaper said.

Accusations of hacking by China and counterclaims of such activity by the U.S. government have strained U.S.-Chinese relations. Chinese hacking has been a major theme of U.S.-China discussions this week in Beijing, though both sides have publicly steered clear of the controversy.

In May, the Justice Department filed a 31-count indictment against five Chinese military officials operating under hacker aliases and accused them of penetrating computer networks of a half-dozen steel companies and makers of solar and nuclear technology to gain a competitive advantage. The Chinese government denied the allegations and suspended a working group on cyber rules that was to be part of the annual "Strategic and Economic Dialogue" this week.

The Office of Personnel Management houses personal information for all federal employees. Those applying for security clearances would be expected to provide such information as foreign contacts, previous jobs, past drug use and other personal details, the newspaper reported.

The Times quoted an unidentified senior U.S. official as saying that the attack had been traced to China but that it wasn't clear whether the hackers were part of the government. A Homeland Security Department official confirmed to the Times that an attack occurred but said no loss of personally identifiable information had been identified.

The Office of Personnel Management oversees a system by which federal employees applying for security clearances enter financial data and other personal information, the Times said, and those who maintain such clearances are required to update their information through that system. Agencies and contractors use the information to investigate employees.

The attack in March was not announced even though the Obama administration has urged U.S. companies to share information about breaches in security with the government and with consumers, the newspaper reported.

Hayden said the administration had no reason to believe that personally identifiable information for employees had been compromised.

© 2014 The Associated Press. All rights reserved. This material may not be published, broadcast, rewritten or redistributed. Learn more about our Privacy Policy and Terms of Use.