Cat forces couple to lock themselves in room and call 911

This may convert you to being a "dog-person". 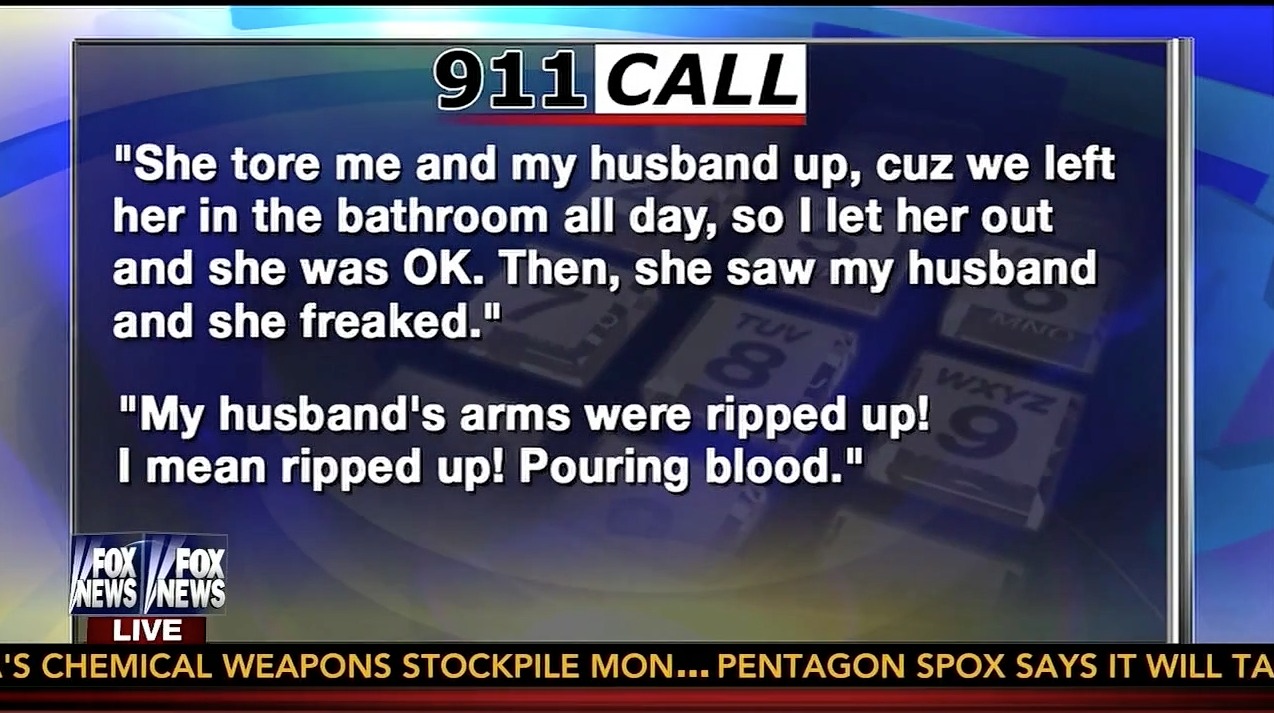 WKMG reports that a Florida couple was forced to call 911 when their cat, Kush, ​continually attacked them, forcing them to barricade themselves in their bedroom.

Fox News has more: "She tore me and my husband up, cuz we left her in the bathroom all day, so I let her out and she was OK. Then, she saw my husband and she freaked."

​"My husband's arms were ripped up! I mean ripped up! Pouring blood."

The couple was so frightened, the city's animal control service officers had to find their own way into the home.

The cat was taken to be quarantined for ten days. Meanwhile, the couple refused treatment for the cuts on their arms and legs.

Eerily, this is an almost identical cat attack to one that happened back in March. The Oregonian reports a 22-pound cat named Lux went wild, attacking a baby before the family locked everyone, including the family dog, in a bedroom.

KPTV spoke to the family: "He's charging at us. He's at our door, bedroom door. Did you hear him? I think that was the cat. Yeah, year I hear him. Hold on." "Keep your door shut, okay."

That family was able to laugh about later -- thankfully, no one was seriously hurt.

Lux even shied away from cameras when the story was first reported.

He soon faced even more cameras on Animal Planet's show, "My Cat From Hell".

On his blog, host Jackson Galaxy said Lux charmed everyone he met, but also exhibited Feline Hyperesthesia Syndrome. He was prescribed medication and taken in by a new family.

So could this most recent attack by Kush be a sign of FHS too? The answer is: probably not, and Lux might not really have it either.

​Cornell's College of Veterinary Medicine admits much is not known about the disorder but reports most of the time the cat wildly scratches itself, not its owners. Some believe the disorder is related to OCD, others to seizure-like symptoms, but the general consensus is the mutilation directed towards the cat itself.

Treatments include regularly scheduled feeding and play times to reduce anxiety, avoiding scratching its back to prevent skin irritation and, if needed, a variety of medications that can be serotonin enhancing, seizure reducing or anti-inflammatory in nature.