The U.S. Food and Drug Administration has approved a fast-acting diabetes drug called Afrezza for use by adults with Type 1 or Type 2 diabetes.

The drug is inhaled into the lungs using a small inhaler. MannKind Corporation, the creator of the medicine, calls it the Dreamboat Inhaler.

The medicine comes in powder form, and should be inhaled at the start of a meal. "Afrezza dissolves rapidly upon inhalation to the deep lung ... Peak insulin levels are achieved within 12 to 15 minutes of administration." (Via MannKind Corporation)

Of note: MannKind says the drug is not for smokers or those who suffer from asthma. Inhaling the medicine with certain lung conditions can cause spasms in the passages of the lungs. (Via Flickr / wlodi) 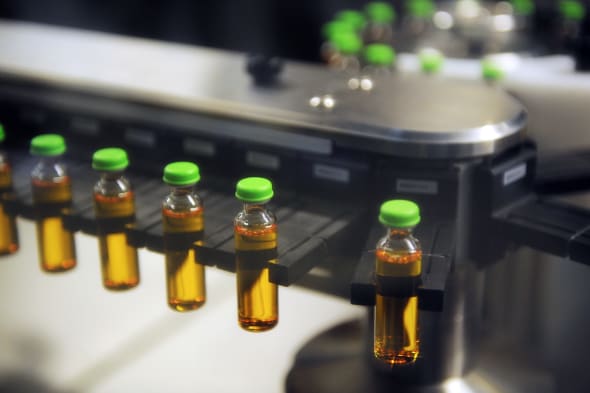 Afrezza ran into several roadblocks before it received FDA approval - in fact, it had already failed to receive approval two times before.

KUSA reports "The approval was delayed more than three years, though, after the FDA asked the drug maker to run additional clinical studies."

The Los Angeles Times reports MannKind spent $1.8 billion developing Afrezza, of which "a large portion of money was used to fund more than 60 clinical trials, which have involved about 6,500 patients."

And The Wall Street Journal reports MannKind's founder had to use a lot of his own money to keep the company afloat after years of delays. "Al Mann invested a considerable amount of his own fortune in the belief that Afrezza will find a wide audience among the nearly 26 million Americans with diabetes."

MannKind says it will continue to study the long term effects of Afrezza. The company is looking for a marketing partner before the drug is made available to the public.