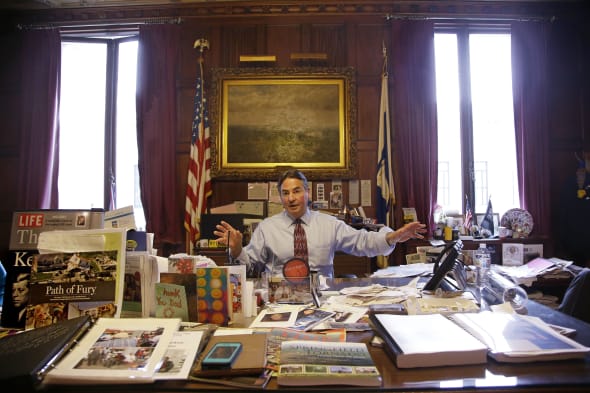 SPRINGFIELD, Mass. (AP) -- A Massachusetts mayor is calling for an end to refugee resettlement in his city, saying Somali families are putting pressure on already strained services in Springfield, a onetime industrial center where nearly a third of the population lives below the poverty line.

Mayor Domenic Sarno is the latest mayor to decry refugee resettlement, joining counterparts in New Hampshire in Maine in largely rare tensions with the State Department, which helps resettle refugees in communities across America.

The mayor is drawing criticism from those who say this country has a moral obligation to help the outcast and refugees who say they're being scapegoated for problems the city faced long before their arrival. 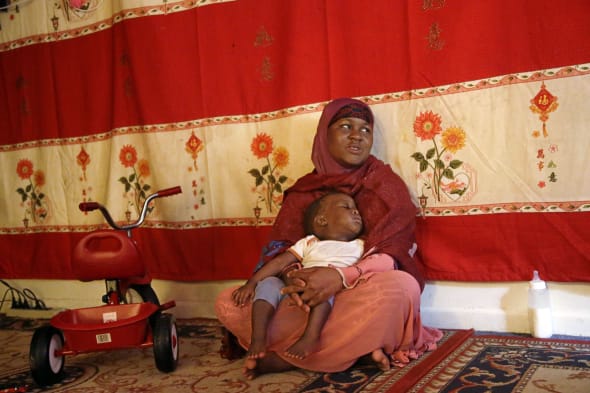 Sarno, leader of the state's third-largest city, first demanded last summer that the U.S. government stop sending refugees. But after recent inspections found Somali families living in overcrowded, pest-infested apartments without electricity and sometimes heat, he stepped up complaints, saying resettlement agencies are bringing in "warm-weather" refugees and dumping them into cold climates only to leave them dependent on the city.

"I have enough urban issues to deal with. Enough is enough," Sarno said in an interview. "You can't keep concentrating poverty on top of poverty."

Hard examples and evidence for the mayor's stance are scant. The problems in the Somali housing have largely been attributed to neglectful landlords. The government does not track the number of refugees who rely on social services. The refugee population in Springfield of about 1,500 - around 380 of them Somali - represents about 1 percent of the city's total of 153,000. And a 2014 report by the U.S. government found that Massachusetts ranked third in the nation for refugee employment, with 73 percent of refugees enrolled in state programs finding work.

Madino Idoor, a 35-year-old Somali with seven children, spent 12 years in a refugee camp before coming to the U.S. in 2004. She works two jobs - one at Goodwill at Springfield and another as a dishwasher at the Barnes Air National Guard Base in nearby Westfield. 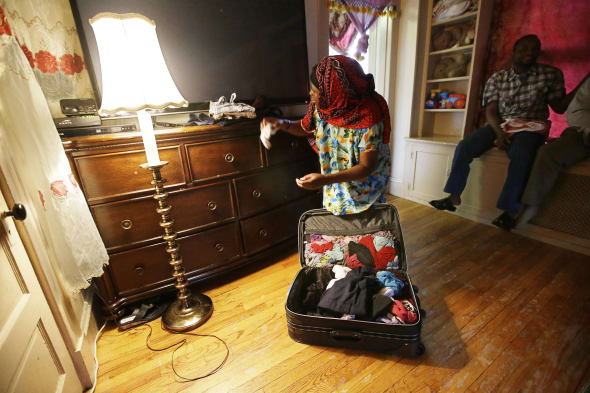 "I can work hard and provide for my family," Idoor said. "I do not need for the mayor to worry about me."

She and others wonder why the mayor is targeting an already vulnerable population, an idea reiterated Friday in a Boston Globe editorial.

"While Sarno raises valid points about needing adequate resources to accommodate newcomers, his stance is far too rigid and ignores both the moral imperative to help refugees and the benefits those refugees can bring," the editorial read.

About 67,000 Somalis have come to the United States in the past decade, seeking refuge from civil war. Most have settled in Minnesota, California, Georgia and Washington, D.C.

In 2004, more than 100 Somalis came to Springfield, placed there because it met criteria including a public transit and other urban infrastructure. The community has grown as others reunite with family members.

Sarno said the State Department has not been receptive to his requests to stop sending refugees, echoing sentiments sometimes heard elsewhere. 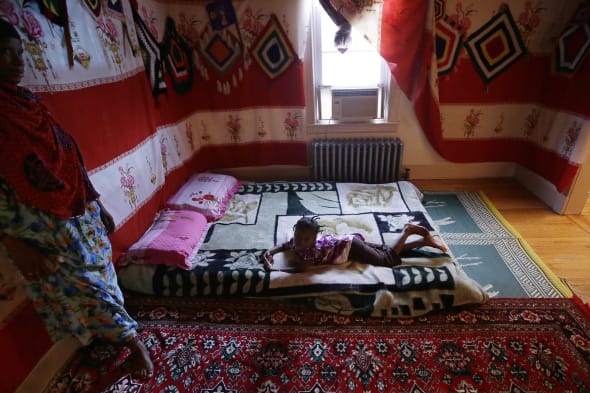 Lewiston, Maine, Mayor Robert MacDonald, who in 2002 asked Somalis there to help "reduce the stress on our limited finances," took heat a decade later for saying immigrants should "accept our culture and, and you leave your culture at the door." He later clarified that he didn't expect them to abandon their religion or language but said: "I'm not going to apologize for `leave your culture behind.'"

Manchester, New Hampshire, Mayor Ted Gatsas in 2011 asked the State Department to stop resettling refugees there. Last year, he told the AP he still believes the city could benefit from a break in arrivals to "get these people into working society."

Such requests are rare, said Daniel Langenkamp, a department spokesman.

"We make every effort to work with local officials and other stakeholders to ensure the resettlement of refugees is acceptable," he said.

The Department, he said, does not place refugees unless an area is equipped to handle them. The government's work with refugees in Springfield is mostly about family reunification, and it cannot keep families from moving there if they are placed elsewhere, he said. 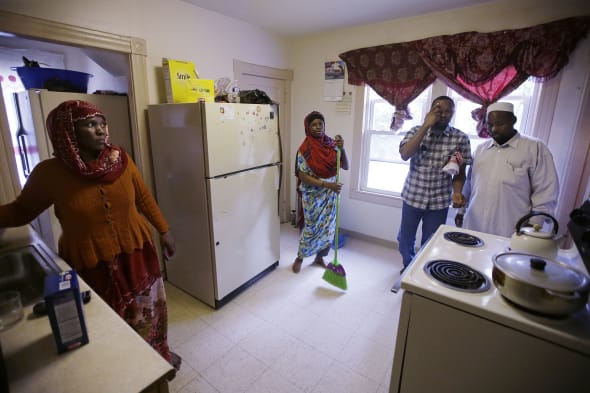 Federal funding of about $1,800 per person helps resettlement agencies assist refugees for as long as eight months, but Springfield argues that is not enough time for some refugees to adjust.

Robert Marmor, president of Jewish Family Services, a resettlement agency in Springfield, said that aid for additional services is available from other sources and that his door is always open.

"It is unfortunate that 5 percent of refugees who struggle are the focus and not the 95 percent who are really making it," Marmor said.

Somali refugee Adan Abdi, 28, came to Springfield in 2004 with his parents and six siblings after years in refugee camps where security, food and water were scarce and a couple of pounds of corn per person had to stretch for two weeks.

"There is no comparing our new life in America to living in those camps," said Abdi, who has a wife and three children. "Springfield is my home. It's where I began my new life."