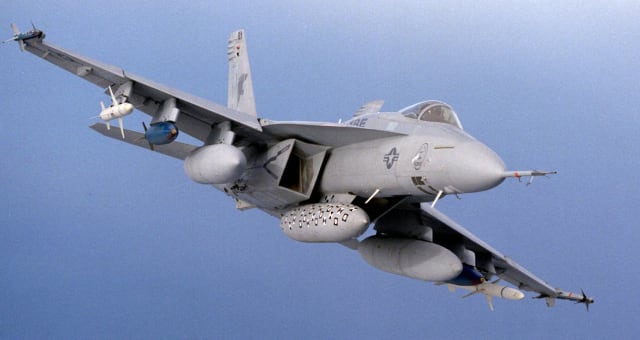 SAN DIEGO (AP) - Officials say a Navy jet crashed into the sea as it prepared to make a late-night landing on an aircraft carrier, but the pilot ejected and was listed in stable condition.

Navy spokeswoman Lt. Reagan B. Lauritzen says the jet was making its approach to the USS Carl Vinson off the southern California coast about 10 p.m. Wednesday when it went down.

Other aircraft from the vessel still in the air were safely diverted to the naval airstrip at the Coronado section of San Diego.

Lauritzen says the cause of the crash will be investigated.

It was the second military aircraft crash in the California area Wednesday. In the afternoon, a Marine Harrier jet crashed in flames in a residential area of Imperial but no one was hurt. The pilot safely ejected and no one on the ground was injured.