The iPhone thieves that sent the self-incriminating selfie have been arrested.

Back in April, 16-year-old Khayyam Alexander and 18-year-old Fehti Nekrouf posed for this photo using an iPhone they swiped from a 14-year-old at a music venue in Manhattan. They sent the photo to the boy's mother to brag, and she gave it to police. 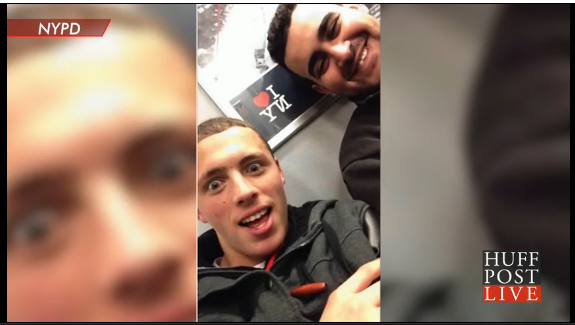 This weekend the NYPD released the photo and it received national attention on the front page of the New York Daily News.

Alexander turned himself in to authorities on Saturday, and Nekrouf was arrested shortly after.

They've both been charged with petit larceny and criminal possession of stolen property.

This isn't the first time a self incriminating message got the attention of the cops.

Last August, a Canadian mechanic tweeted that he was looking for a drug dealer to buy marijuana from. The York Regional Police responded "Awesome. Can we come too?" That message has been retweeted over 7,000 times.