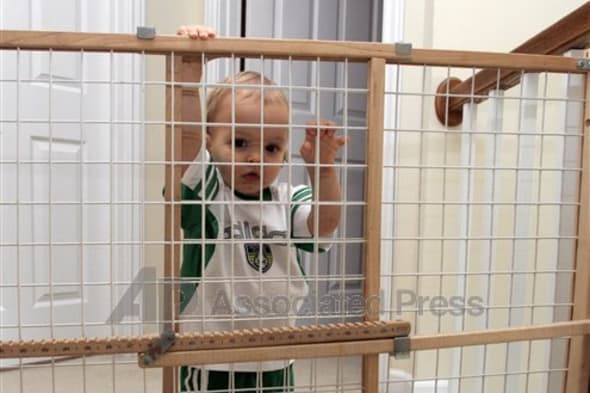 CHICAGO (AP) - Baby gates meant to protect young children aren't always as safe as parents think. A new study says nearly 2,000 U.S. kids get emergency room treatment each year from injuries resulting from falling through or climbing on these gates.

Most injuries weren't serious. But the researchers say parents should know about precautions. That includes using bolted gates, not pressure-mounted ones, at the top of the stairs.

Researcher Lara McKenzie and colleagues at Nationwide Children's Hospital in Columbus, Ohio, examined data on kids up to age 6.

The study was published online Monday in the journal Academic Pediatrics.