Remember the Norwegian teen who got his McDonald's receipt tattooed on his forearm as part of a dare? Well, he's hit the tattoo parlor once more. HLN has the details.

Norwegian teen gets second receipt tattoo
Up Next


'The guy who tattooed a McDonald's receipt on his right arm needed some balance apparently, so he put the receipt of that tattoo as a tattoo on the left arm. Oh, he's a beaut!'

Tuesday, 18-year-old Stian Ytterdahl posted on Facebook about his new receipt tattoo. And of course he included the infamous phrase '#yolo.' 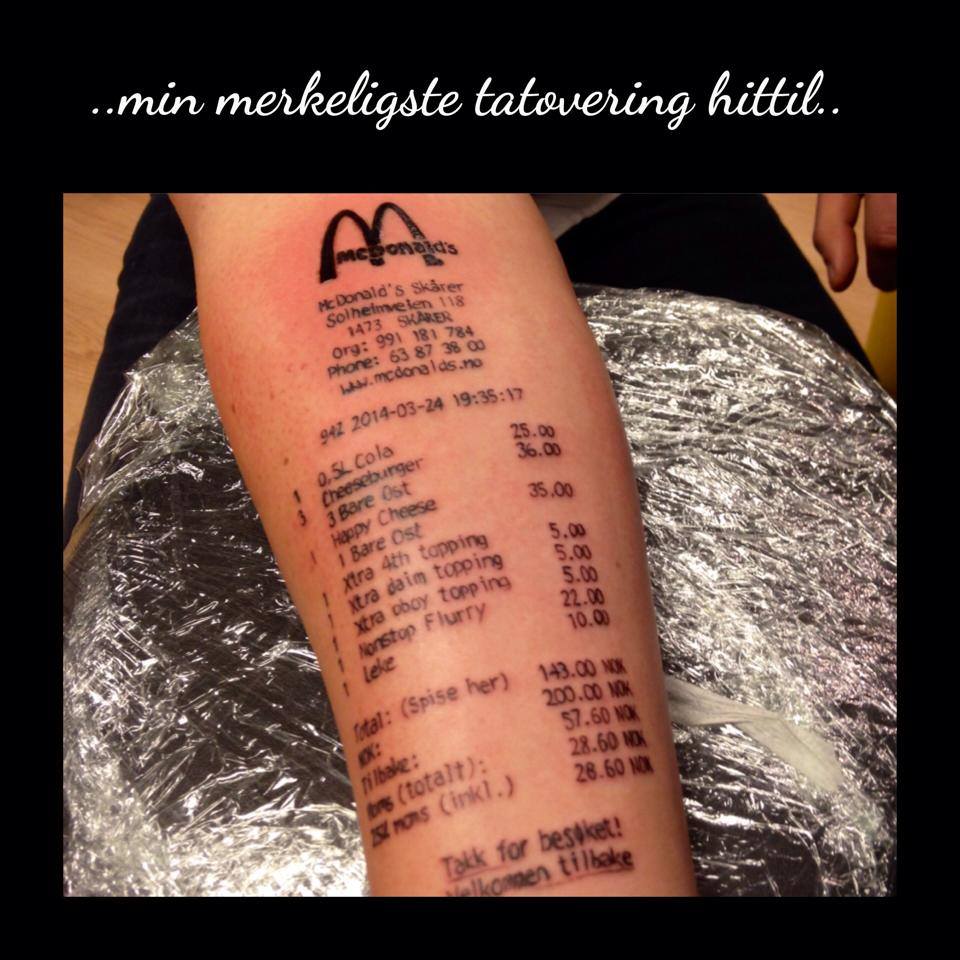 Ytterdahl told a Norwegian media outlet, 'Now I'm a living billboard, but I think all this is just fun. Maybe it's not as fun when I'm 50 or 60 years old, but it's my choice.'

New York Daily News says people online are asking if he's going to get the receipt from his latest tattoo inked on his leg -- let's hope not. Ytterdahl has received some negative comments about his new tats. 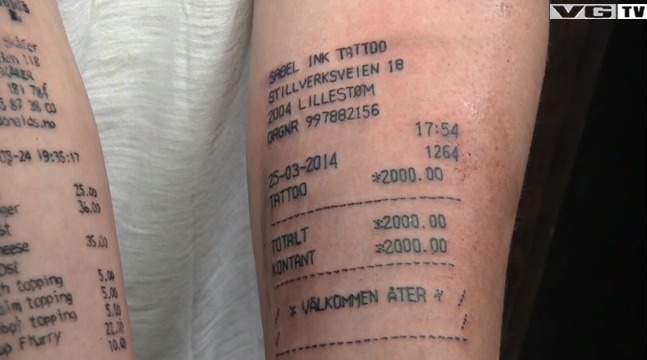 One Facebook user commented on his page saying, 'wow stupidity has reached a hole new level.' And another commenter also called Ytterdahl 'stupid,' to which he simply replied 'Hater :).'

Ytterdahl told the media he doesn't care about the negative comments, but his mom gave him a like. At least he has some parental approval.
Read Full Story