Supporters raise over $71K for mom who left kids in car

A homeless woman arrested after her desperate attempt to get a job is now receiving support from people all over the country. HLN has the details.

'People have raised nearly $64,000 online for a homeless mom who's charged for leaving her kids in the car while she was trying to get a job.'

According to KTVK, 35-year-old Shanesha Taylor left her two-year-old and six-month-old children in her unlocked car for about half an hour March 20 while she attended a job interview. 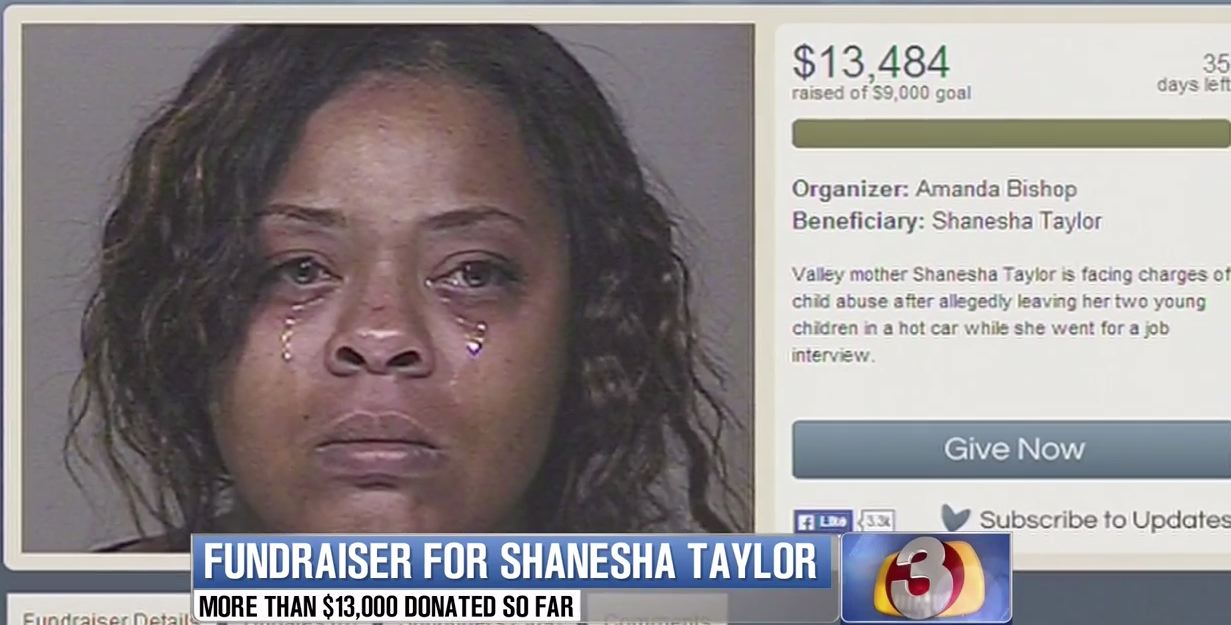 Although the windows were slightly cracked, KTVK says temperatures inside the car reached more than 100 degrees.

A woman called police when she heard a child crying in Taylor's car.

According to KPHO, Taylor was then arrested on two felony counts of child abuse and child protective services took custody of her children.

'She was upset. This is a sad situation all around. She said she was homeless, she needed the job.'

The story quickly went viral, eventually inspiring a fundraiser for the single mom of two.

A woman who identified herself as Taylor wrote on the fundraiser page Monday saying, 'I am home and safe. I was released early this morning by the grace of god. I appreciate everyone who felt move [sic] enough to help a complete stranger. I LOVE you all.'

The poster says she's already received the first check, and the fundraiser still has 30 days left.