NATO allies agree on Stoltenberg as next secretary-general 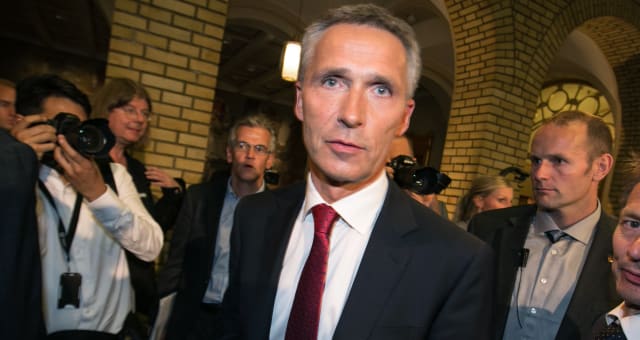 (Reuters) - NATO countries have agreed that former Norwegian Prime Minister Jens Stoltenberg will become NATO's next leader at a time when the Western military alliance faces a new challenge in dealing with a resurgent Russia, diplomatic sources said on Friday.

"There's a consensus on his candidacy," one NATO source said.

A formal announcement that Stoltenberg will succeed current secretary-general Anders Fogh Rasmussen later this year could be made on Friday, diplomatic sources said. NATO ambassadors must endorse the decision but that is seen as a formality.

Stoltenberg, who served for nearly 10 years in total as Norway's prime minister before losing power in elections last September, was backed by the United States, NATO's dominant power, and Germany. British Prime Minister David Cameron said on Wednesday that he also backed Stoltenberg.

Rasmussen, a former Danish prime minister who took office in 2009, is due to step down at the end of September after a September 4-5 NATO summit in Wales which will mark almost the end of NATO's combat mission in Afghanistan.

Stoltenberg will take over at a time when NATO, seen by some as a Cold War relic, has gained new relevance because of Russia's occupation and annexation of Ukraine's Crimea region.

NATO foreign ministers are expected to discuss at a meeting next week how they can reinforce NATO's military presence in eastern European countries such as the Baltics and Poland which are nervous about heightened tensions with Russia.